Campbell, Perkins Among Freshman of the Year Semifinalists 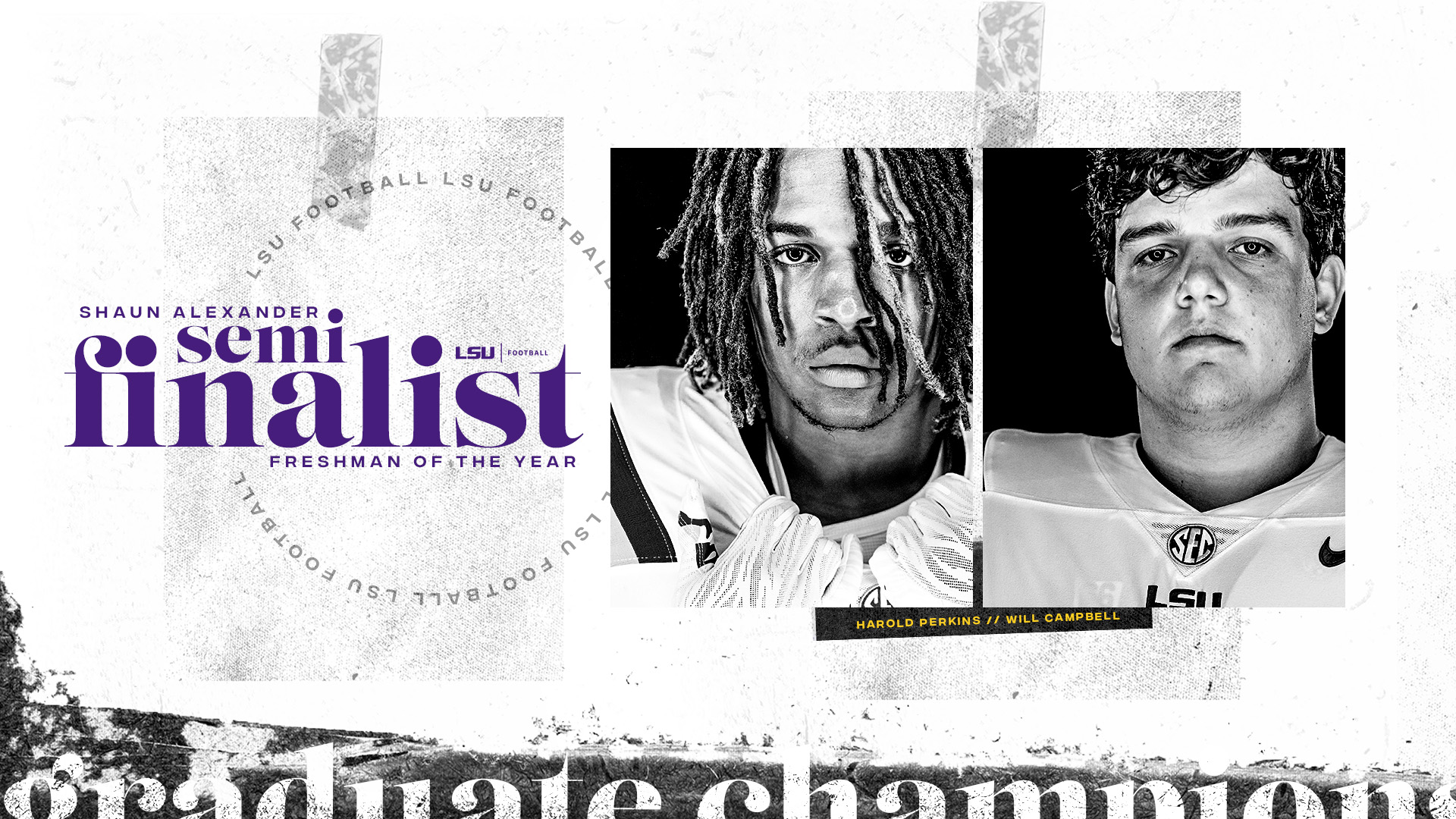 BATON ROUGE – LSU offensive tackle Will Campbell and linebacker Harold Perkins Jr. are among a group of 14 players who have been selected as semifinalists for the Shaun Alexander Freshman of the Year Award, the Maxwell Football Club announced on Thursday.

The play of Campbell and Perkins have been instrumental to LSU’s 6-2 record and No. 10 national ranking. Campbell has started seven games at left tackle and has been one of the most consistent linemen in the Southeastern Conference this year. He was named the SEC Offensive Lineman of the Week for his performance in LSU’s win over Florida.

Perkins has established himself as a playmaker on the defensive side of the ball, recording 36 tackles, 3.0 tackles for loss and 2.5 sacks. He’s also intercepted a pass and has seven quarterback pressures. Perkins was named the SEC Freshman of the Week following LSU’s win over No. 7 Ole Miss.

LSU is the only school in the nation with two freshmen on the list of semifinalists. Campbell is one of only two offensive linemen on the list, while Perkins is joined the list by three other linebackers.

The Shaun Alexander Freshman of the Year Award has been presented to the College Freshman Player of the Year since 2018 and is named in honor of Shaun Alexander, a former standout at the University of Alabama and with the Seattle Seahawks in the NFL. The award Past winners include; Trevor Lawrence (Clemson) – 2018, Kenneth Gainwell (Memphis)-2019, Will Anderson Jr. (Alabama) – 2020 and Brock Bowers (Georgia) – 2021.

The following is the list of 14 semifinalist for the award: