by Michael Bonnette
LSU in the CFP Rankings +0 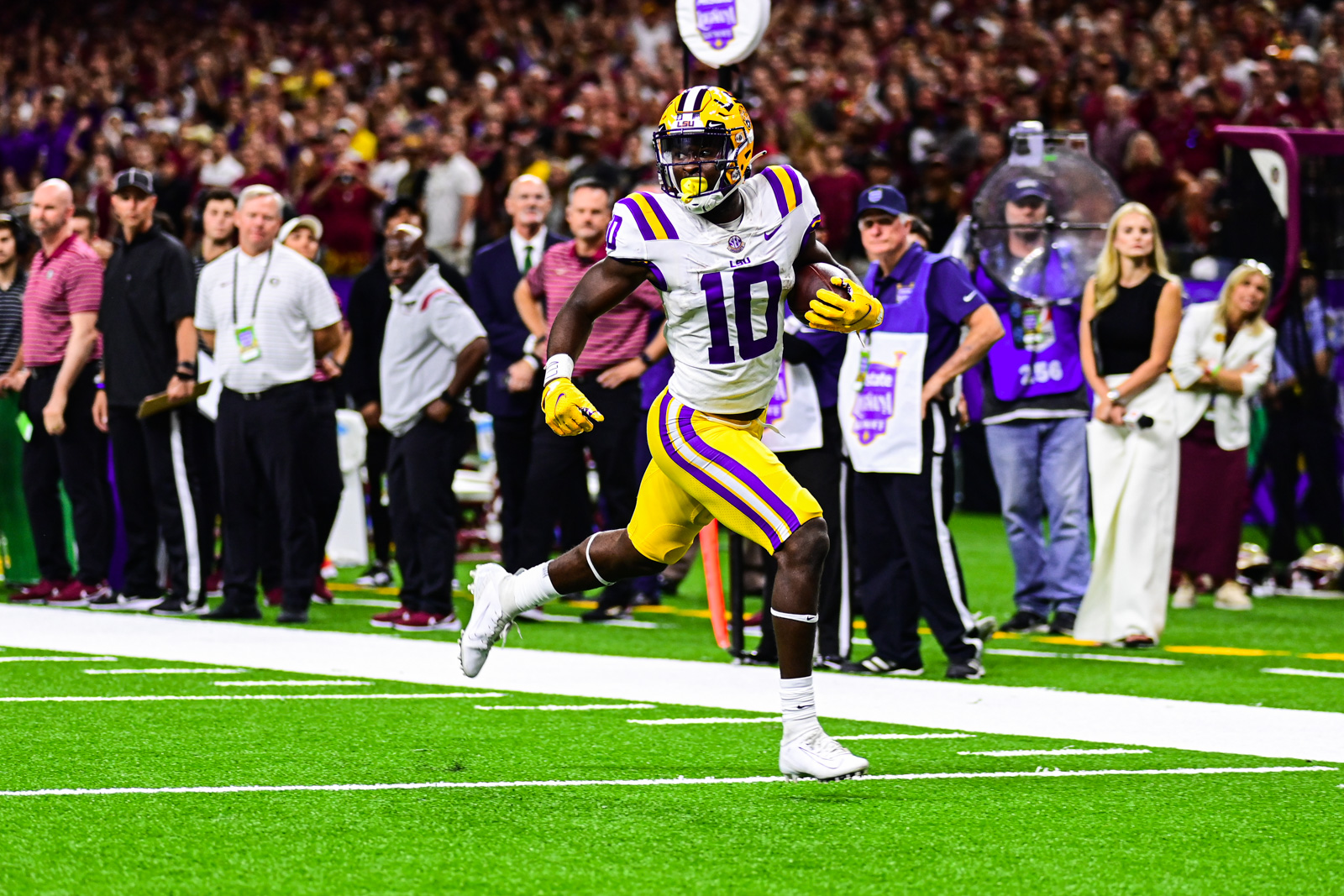 BATON ROUGE – LSU appeared at No. 10 in the first College Football Playoff Rankings of the 2022 season as the playoff selection committee announced its Top 25 here Tuesday evening on ESPN.

LSU is back in the CFP Rankings for the first time since winning the national title in 2019. At 6-2 overall, LSU is the highest-ranked two-loss team in the poll. The Tigers are joined in the Top 10 by three SEC teams – No. 1 Tennessee, No. 2 Georgia, and No. 6 Alabama. Ole Miss sits just outside the Top 10 at No. 11.

LSU is one of two Louisiana teams in the Top 25 as Tulane is ranked No. 19.

LSU returns to action on Saturday, hosting the Crimson Tide in a sold-out Tiger Stadium at 6 p.m. on ESPN. The Tigers, who were off last week, beat Ole Miss, 45-20, in their last outing.

The LSU-Alabama contest on Saturday will mark the ninth Top 10 regular-season matchup between the teams since the 2005 season. LSU won the last Top 10 matchup, that coming in 2019 when the top-ranked Tigers beat the second-ranked Crimson Tide, 46-41, in Tuscaloosa.