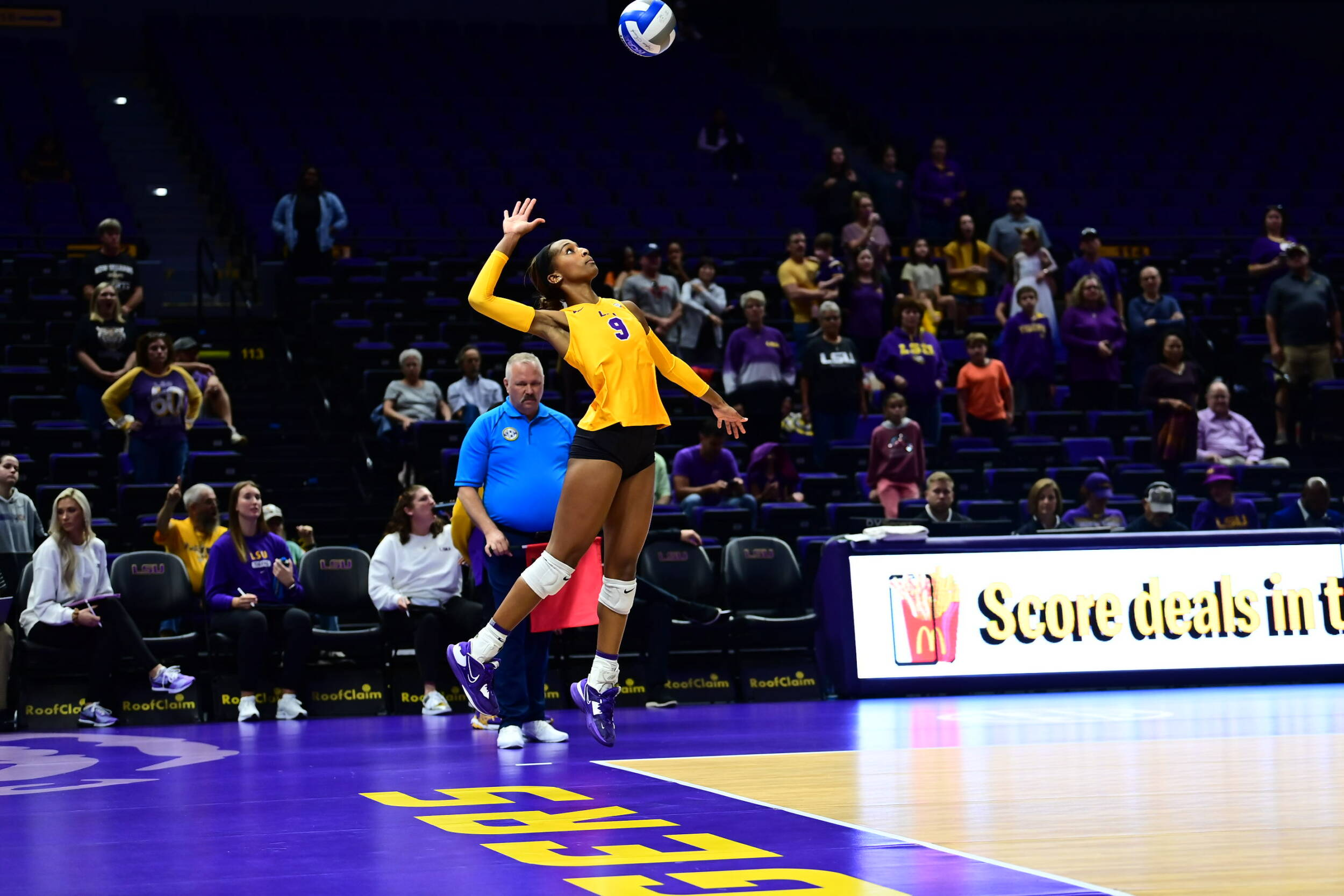 The Tigers logged 12 blocks to mark the second consecutive match and fourth in five matches that LSU has reached 10 or more blocks. The Tigers also registered a season-high 108 digs which is tied for No. 8 in the program’s record book for the most digs in a five-set match.

Outside hitter Sanaa Dotson recorded double-double No. 8 this season with a team-high 18 kills and registered 12 digs. Dotson also matched a career-high with three aces and added a pair of blocks. Middle blocker Anita Anwusi tied her season-best of 13 kills behind a .385 hitting percentage and had five blocks including one solo block.

Setter Josie Vondran led the team with 22 assists and finished with five digs, four blocks and four kills. Freshman setter Maddie Waak had her second consecutive double-double with 21 assists and a season-high 17 digs. Waak also had one ace.

Libero Ella Larkin notched her fourth match with 30 or more digs after a team-high 31 digs and finished with six assists. Defensive specialist Jill Bohnet followed with 21 digs and outside hitter Paige Flickinger set a new season-high with 18 digs to go along with seven kills and one solo block.

LSU will play away from home for four consecutive matches beginning with a two-match series at Tennessee Nov. 5-6.