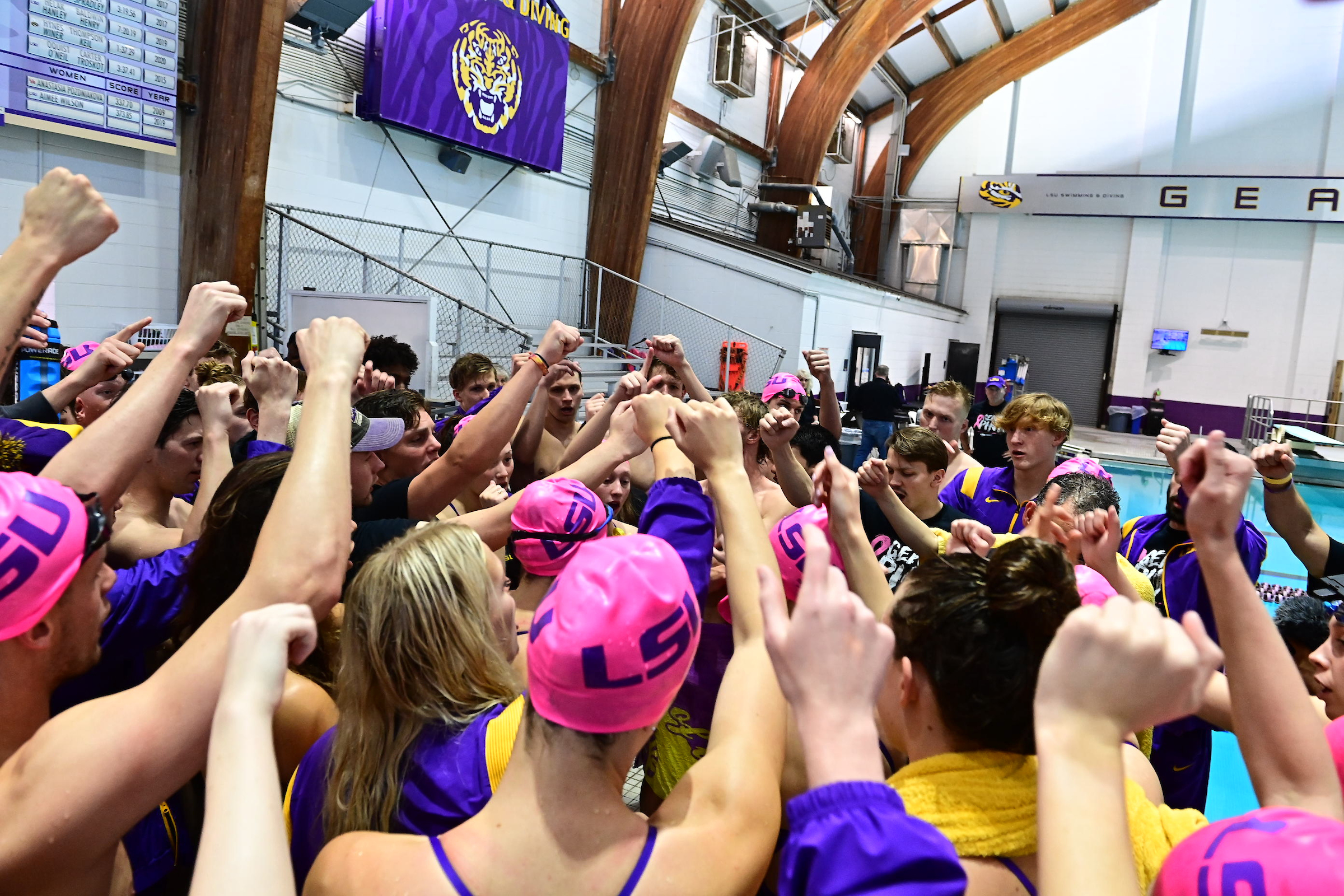 BATON ROUGE, La. – The LSU swimming and diving team fell to Auburn Thursday afternoon in a conference dual meet inside the LSU Natatorium. The hometown Tigers lost 179-121 on the women’s side and 208-92 on the men’s side.

LSU grabbed their first win on the day in the women’s 200-yard freestyle with Reagan Osborne taking first place with a time of 1:49.65. The Tigers’ most recent national champion Brooks Curry matched Osborne’s efforts with a win in the same event. He finished with a time of 1:36.96.

Curry also closed out the 100-yard freestyle with his second win of the meet, finishing with a time of 43.47.

For the men, Adrian Abadia finished in first place on three-meter with a score of 391.20. Zayne Danielewicz and Carson Paul finished and fourth and fifth place respectively with scores of 324.45 and 304.28.

LSU returns to action inside the LSU Natatorium Friday, Nov. 4, when the Tigers play host to Alabama. The meet is slated for a 1:00 p.m. CT start.

LSU swimming and diving is hosting an alumni weekend starting Friday with the LSU-Alabama meet. Events are scheduled throughout the busy weekend, including attendance at the highly-anticipated football game Saturday night.