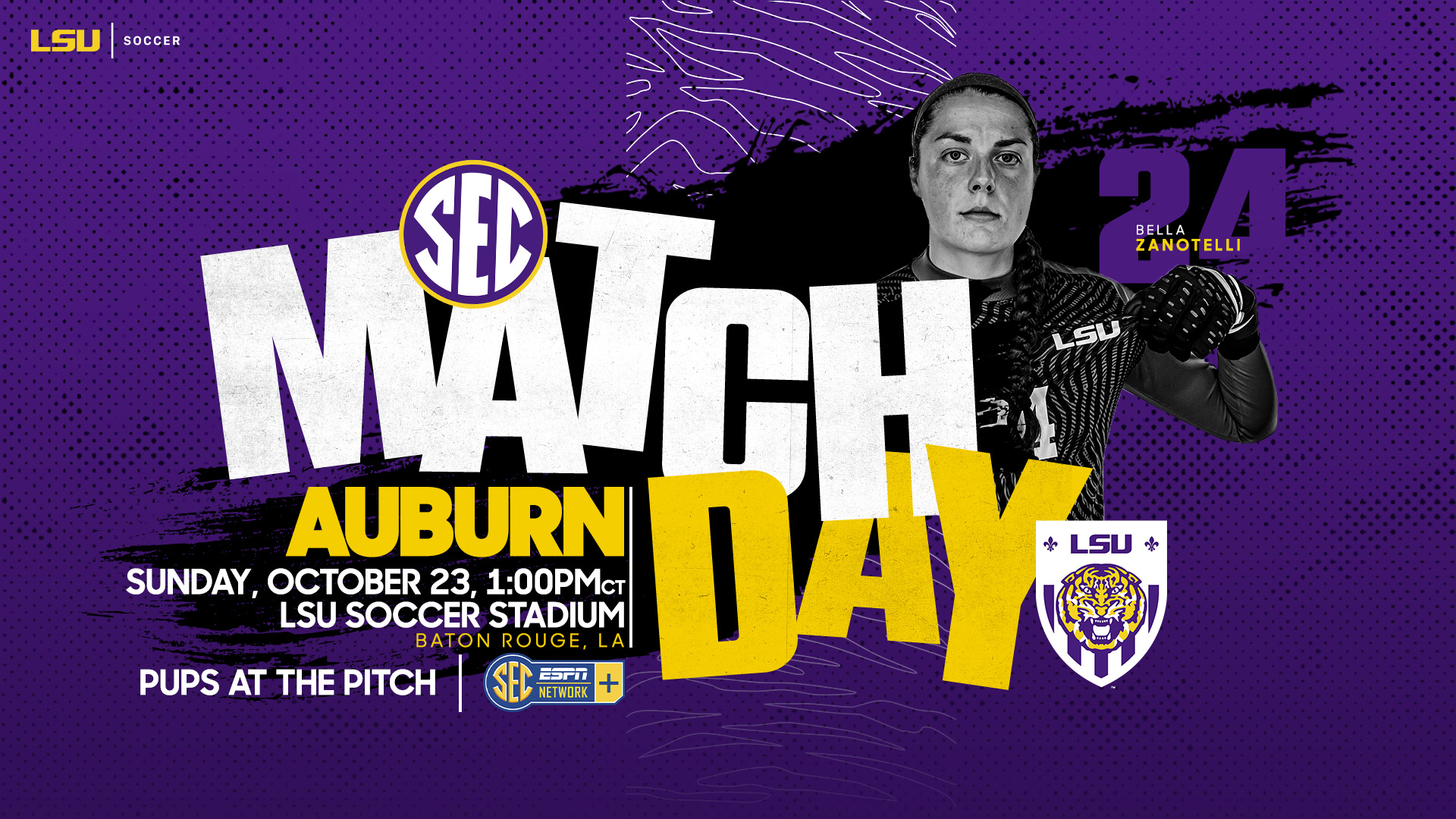 The match will be available via livestream on SEC Network Plus. Links to watch and live stats for the match can be found on lsusports.net.

Raising Cane’s will be giving away pup merchandise to fans who bring their dog to the pitch on Sunday. In addition, there will be a dog costume contest in which three winners will receive a Cane’s prize package.

As always, come for the two-dollar hotdogs, stay for the soccer.

LSU holds a 8-20-3 series record against Auburn. The last time the two Tigers met was in 2021, when the two teams battled it out in overtime, but Auburn ultimately found the 1-0 win in overtime at home.

LSU earned a point on the road against No. 9 Arkansas after battling to a 0-0 draw in Fayetteville on Thursday night.

Senior goalkeeper Mollee Swift had a grand performance for the Tigers, recording eight saves on the night for a clean sheet. Freshman Raelynn Prince recorded the only shot on goal for LSU in the 46th minute.

The first half saw a battle between the Tigers and the Hogs. Forward Mollie Baker saw the first scoring opportunity of the match in the fifth minute, but the shot took a wide left. Arkansas forward Jessica De Filippo took the first shot on goal of the match in the 25th minute that was saved by LSU goalkeeper Mollee Swift for her first save of the night. Swift recorded two more saves in the 33rd and 43rd minutes to hold the match scoreless at the half.

The second half saw more opportunities on the goal. Midfielder Raelyn Prince took the first shot on goal for the Tigers in the 78th minute, but it was saved by Arkansas goalkeeper Grace Barbara for her only save of the night. Forward Mollie Baker took two last minute chances on goal with shots in the 83rd and 85th minutes.

Arkansas took 12 shots in the second half, but neither team could find the advantage and the Tigers shut out the Razorbacks for only the second time this season.

Swift tallied five saves in the second half in the 50th, 52nd, 57th, 66th, and 80th minutes to finish with eight saves and a clean sheet on the night.

The possession battle was led by Arkansas 54% compared to LSU’s 46%. The Razorbacks took 21 shots in the match, while the Tigers took five.

Hermannsdottir’s sixth and most recent goal came at Texas A&M, when she charged into the box before being upended by an Aggie defender and the referee pointed to the penalty spot. Not short on confidence, Hermannsdottir stepped up and calmly placed the ball on the left side of the goal to tie the match 2-2 in College Station.

After scoring three each in non conference play, Mollie Baker and Sage Glover both found the back of the net in SEC play for the first time in their collegiate careers in the Tigers win over the Kentucky Wildcats on Sunday, October 2. The forwards both narrowly trail the top scorers with four each on the year.

The forward ranks sixth in the country for assists and 10th in conference.

Thoreson leads the Tigers with seven assists on the season. Along with a team-high seven assists, Thoreson has also recorded one goal, 10 shots on goal and nine points through 15 games. She started in 13 of those matches. The forwards ranks sixth in the country for assists.

LSU sits in eighth place in the SEC with two matches remaining on the conference schedule. The top 10 teams in the league advance to the conference tournament which will take place from October 30 – November 6 in Pensacola, Fla.

The Tigers have earned 12 points in conference play this year and rank fourth in the SEC West division. The two division champions will serve as the top two seeds at the SEC Tournament, and the final eight teams are decided by points accumulated in conference play.