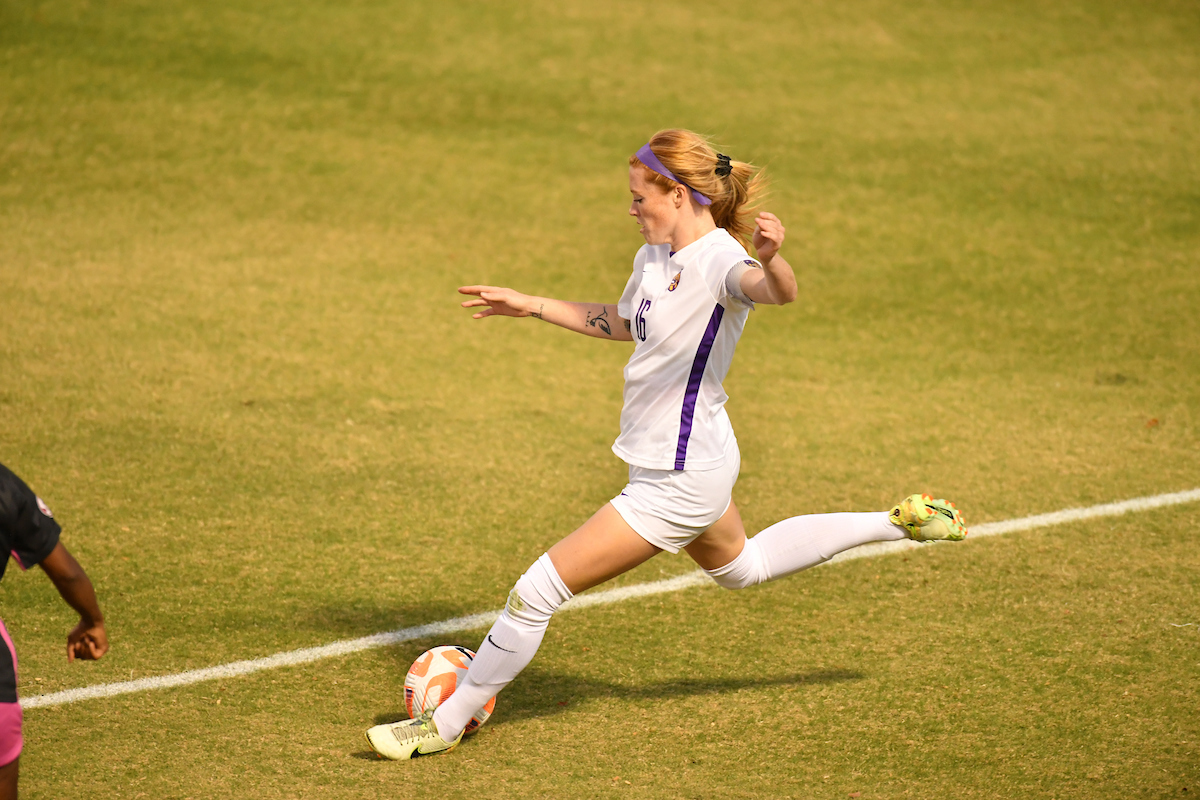 Senior goalkeeper Mollee Swift had a grand performance for the Tigers, recording eight saves on the night for a clean sheet. Freshman Raelynn Prince recorded the only shot on goal for LSU in the 46th minute.

“I am thrilled to get a point on the road at a place like Arkansas,” said head coach Sian Hudson. “Coming here and playing against a team that is incredibly direct and just really difficult to play against; I am proud of the defensive efforts for another clean sheet on the road. Mollee Swift had an unbelievable game in goal for us and the back four stood really strong against a lot of aerial threats from Arkansas.”

The first half saw a battle between the Tigers and the Hogs. Forward Mollie Baker saw the first scoring opportunity of the match in the fifth minute, but the shot took a wide left. Arkansas forward Jessica De Filippo took the first shot on goal of the match in the 25th minute that was saved by LSU goalkeeper Mollee Swift for her first save of the night. Swift recorded two more saves in the 33rd and 43rd minutes to hold the match scoreless at the half.

The second half saw more opportunities on the goal. Midfielder Raelyn Prince took the first shot on goal for the Tigers in the 78th minute, but it was saved by Arkansas goalkeeper Grace Barbara for her only save of the night. Forward Mollie Baker took two last minute chances on goal with shots in the 83rd and 85th minutes.

Arkansas took 12 shots in the second half, but neither team could find the advantage and the Tigers shut out the Razorbacks for only the second time this season.

Swift tallied five saves in the second half in the 50th, 52nd, 57th, 66th, and 80th minutes to finish with eight saves and a clean sheet on the night.

The possession battle was led by Arkansas 54% compared to LSU’s 46%. The Razorbacks took 21 shots, while the Tigers took five.

The Tigers will return home to face Auburn on Sunday, October 23rd at 1 p.m. at the LSU Soccer Stadium.