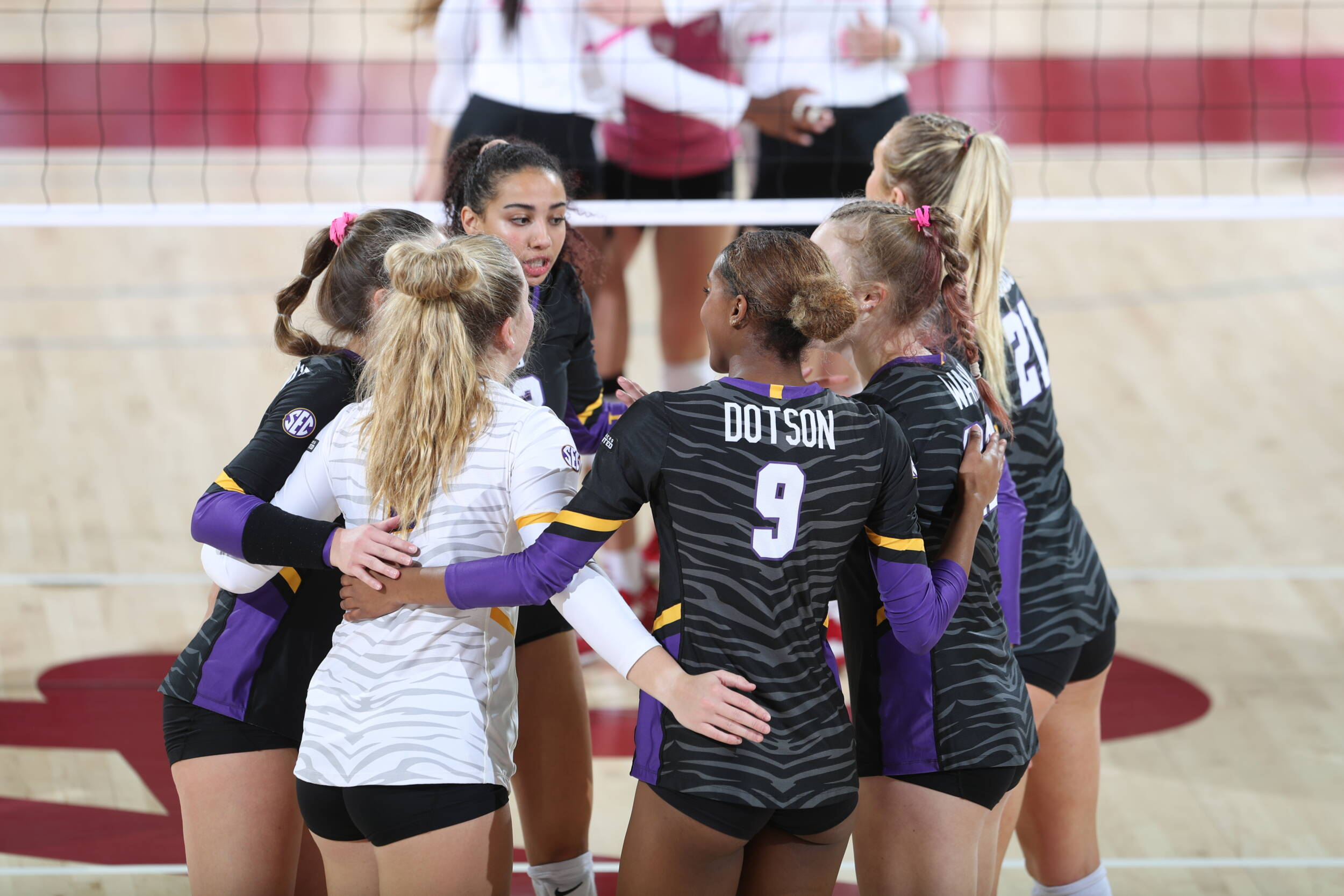 After winning the opening set 25-19, LSU dropped the second and third sets 25-17 and 28-26, respectively. The Fighting Tigers outlasted the Tide in the fourth 27-25 before running away with the fifth set 15-7.

Overall, this season the Tigers are 5-3 in five setters, including a 5-2 mark in SEC play.  LSU hit .135 in the match but held Alabama to a .099 attacking percentage, making it the third opponent the Tigers have held their opponent under .100 this season. The Purple and Gold logged season-highs of 15 blocks and 99 digs on the night.

Outside hitter Sanaa Dotson put up another double-double to mark her fourth in a five-match span and sixth of the season. Dotson finished with 18 kills and 14 digs while adding four blocks and one ace. Outside hitter Paige Flickinger also logged a double-double with 16 kills and 13 digs and contributed four blocks and one ace as well. It is Flickinger’s third double-double in four matches and second in-a-row. Middle blocker Anita Anwusi had 10 kills and matched a career-high nine blocks, including one solo block.

Setter Maddie Waak turned in her first career double-double with season-highs of 39 assists and 10 digs. She also had three blocks and two kills. Libero Ella Larkin recorded her third 30-plus dig performance of the season after tallying a match-high 31 digs. Larkin led a group of five players with 10 or more digs, including Dotson, Flickinger, Waak and defensive specialist Jill Bohnet who had 18 digs. The last time five Tigers had 10 or more digs dates back to Oct. 21, 2020 against Mississippi State, including Raigen Cianciulli (19), Taylor Bannister (14), Samarah Hill (12), Karli Rose (10) and Bohnet (10).

LSU returns to the Pete Maravich Assembly Center for a 1 p.m. match against South Carolina Sunday, Oct. 23 on SEC Network.