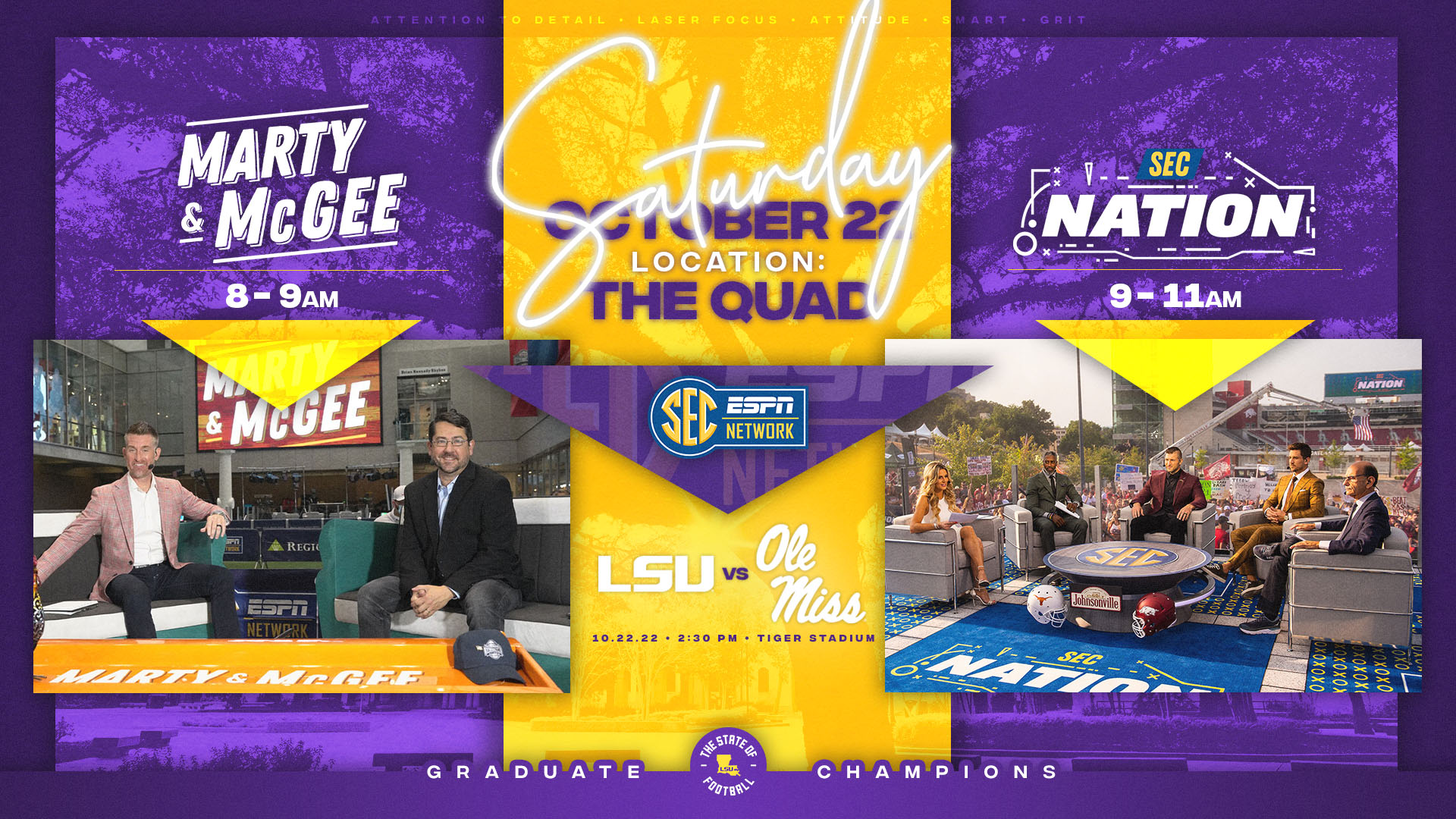 SEC Nation will originate from the Quad in the center of LSU’s campus on Saturday from 9 to 11 a.m. CT. Marty and McGee, featuring Marty Smith and Ryan McGee, lead things off on Saturday at 8 a.m. with their weekly one-hour show. Later that afternoon LSU hosts Ole Miss at 2:30 in Tiger Stadium as the featured game in the SEC on CBS.

LSU head coach Brian Kelly is scheduled to make an appearance on the SEC Nation set at 10 a.m. on Saturday.

Fans are encouraged to arrive early on Saturday for free t-shirts and other giveaways. In addition, the biggest superfan in attendance on Saturday will win two tickets to the SEC Championship Game.

Laura Rutledge hosts the show, her sixth season in the host’s chair and her seventh on the show overall, joined by Paul Finebaum, Roman Harper, Jordan Rodgers and Tim Tebow for a weekly breakdown of the SEC football action to come.

This week the SEC Nation crew will be joined by a pair of former LSU greats in Ryan Clark and Marcus Spears.

Additionally, Marty & McGee Presented by Old Trapper will be live on Saturday morning from 8-9 a.m. CT, as Marty Smith and Ryan McGee meet at the intersection of southern lifestyle and college football to bring viewers the latest headlines, Hillbilly and otherwise, across the SEC landscape. Marty & McGee will be live on the road with SEC Nation every Saturday this fall.

LSU’s campus will also be home to The Paul Finebaum Show Presented by Johnsonville, with #FinebaumFriday live from 2-6 p.m. CT.

SEC Nation is making its fifth trip to Baton Rouge since the show began in 2014 and it’s their first visit to the LSU campus since the 2019 season.