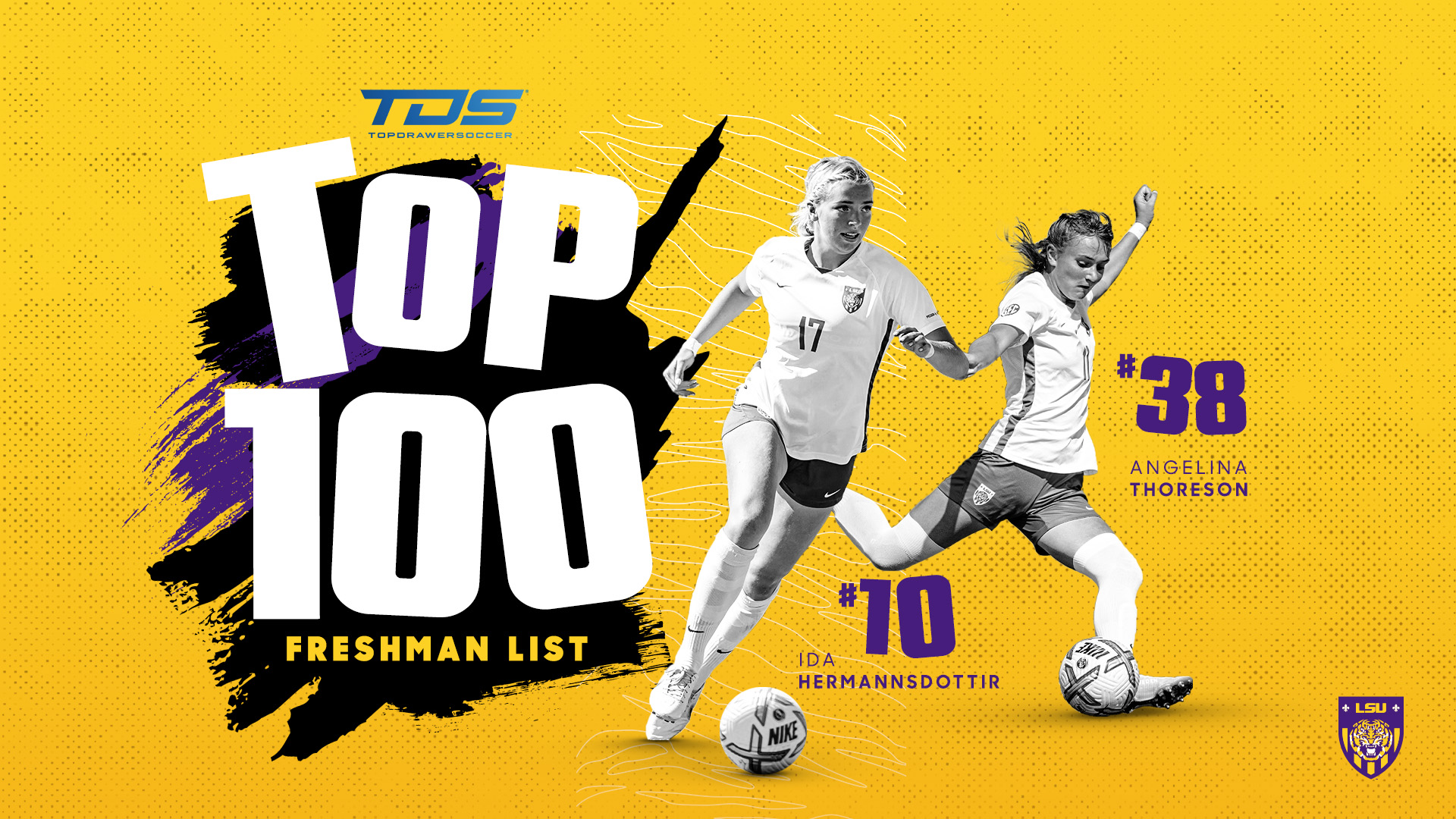 Hermannsdottir leads the LSU squad in goals scored with six in her first season with the Tigers.

The midfielder found her first collegiate goal in the 33rd minute against San Diego to give the Tigers the 1-0 lead against the Toreros. She found her second and third career goals in the 27th and 82nd minutes against Grambling to earn the first brace of her collegiate career. This marked back-to-back games where the freshman found the back of the net.

She continued her hot streak and tallied the fourth goal of her career at No. 6 Rutgers, when she intercepted a ball in the final third and hit a right-footed effort that beat the Scarlet Knights’ goalkeeper and landed in the bottom left corner.

Goal number five came in her SEC debut against Vanderbilt as she hit a freekick from 25 yards out that was powerful enough to beat the diving goalkeeper and land in the bottom-left corner. The goal was the game winner for LSU, who won 2-1 on the day.

Hermannsdottir’s sixth and most recent goal came at Texas A&M, when she charged into the box before being upended by an Aggie defender and the referee pointed to the penalty spot. Not short on confidence, Hermannsdottir stepped up and calmly placed the ball on the left side of the goal to tie the match 2-2 in College Station.

As a freshman, Hermannsdottir earned the start in 12 out of the Tigers 15 matches and recorded six goals, two assists, 13 shots on goal and 19 points. She ranks ninth in the country in goals scored and

Thoreson leads the team in assists with seven. She recorded her first career assist in the season opener against Stephen F. Austin, where she sent in a ground pass inside the box that found Baker for the finish.

She found her second assist on the road at San Diego on a strong and accurate ground cross from the right side of the box that found Glover, who slotted it past the goalkeeper and extended the Tiger lead to 3-1.

Thoreson tallied assist No. 3 against Grambling. She controlled the ball on the edge of the box and laid off a simple pass to Hermannsdottir, who came in charging from midfield and smashed the goal from 24 yards out.

The forward also scored the first collegiate goal of her career at LSU in the squad’s matchup against Princeton on September 8. Thoreson took the early lead for the Purple & Gold in the 14th minute as she slotted a ball from 15 yards out into the bottom-left corner.

Thoreson found her seventh and most recent assist on the road at Texas A&M after she found the ball on a through ball from Mollie Baker, drove into the box and sent a ground cross to the back post that found Noel, who tapped the ball in and gave LSU its first goal of the night in the 27th minute.

Along with a team-high seven assists, Thoreson has also recorded one goal, 10 shots on goal and nine points through 15 games. She started in 13 of those matches. The forward ranks sixth in the country for assists.