SEC Tipoff Is Back! LSU Men Head To Birmingham Wednesday 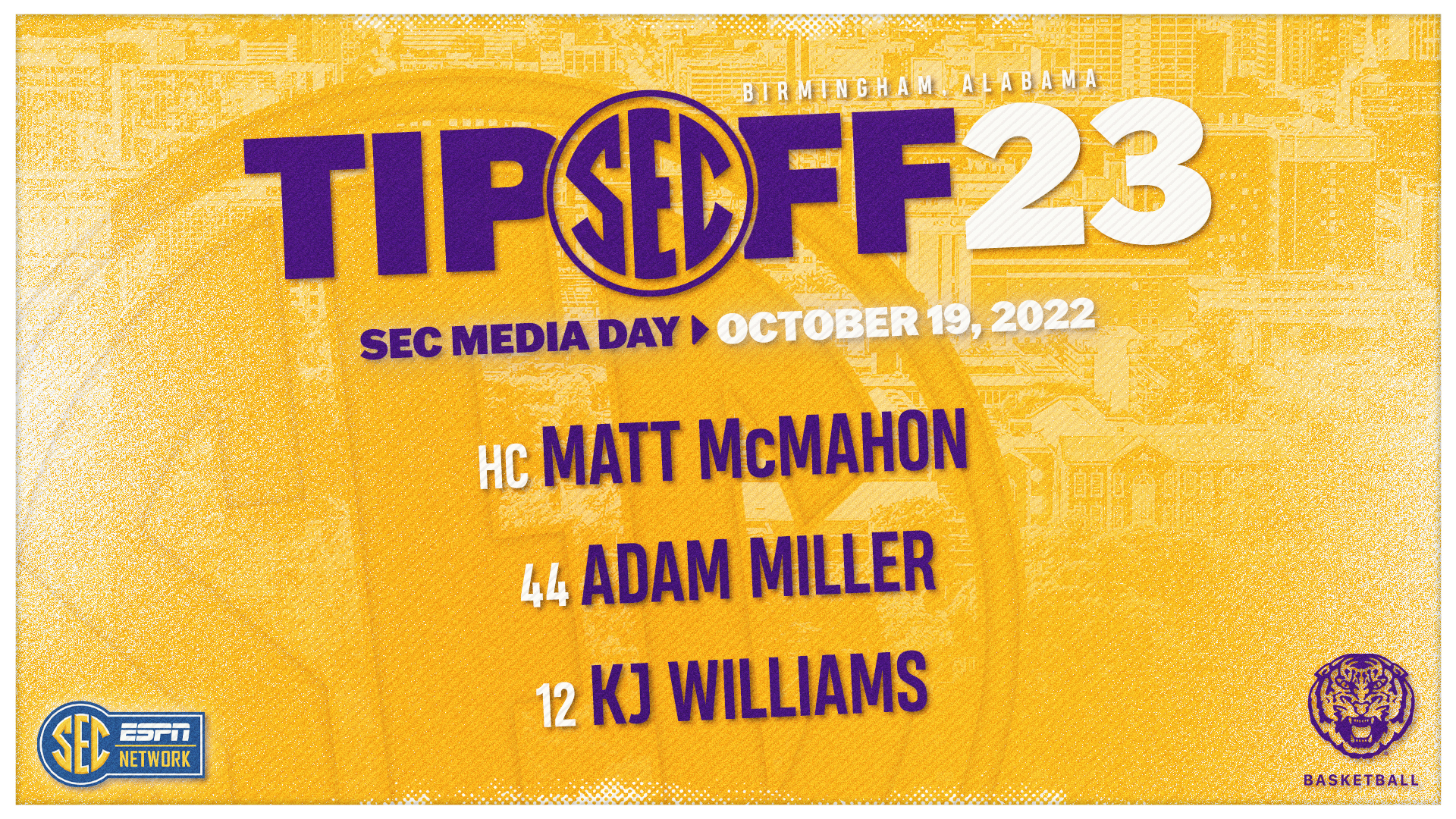 BATON ROUGE – After a three-year absence, SEC Tipoff is back and it is the LSU men’s basketball team members turn to visit with local, regional and national media concerning the 2022-23 campaign.

Coach Matt McMahon and players Adam Miller and KJ Williams will take their two-hour spin around the Grand Bohemian Hotel in Birmingham between 10:40 and 12;45 p.m. CT. Coach McMahon will be the fourth coach to appear in the main media area at 10:45 a.m. (steaming on SECN+) and all three will be live on the SEC Network’s SEC Now set beginning at 12:05 p.m. CT

There will also be stops at rooms where the league will put together content pieces for use during the season as well as visits with ESPN, CBS and Sirius XM Radio.

Miller is returning to action after a strong freshman campaign at Illinois. He missed out on his 2021-22 season at LSU after a knee injury knocked him out prior to the team’s first exhibition game in October.

Williams is a fifth-year senior who was the Ohio Valley Conference Player of the Year in 2021-22 at Murray State after helping lead Coach McMahon’s Murray State team to the OVC title and an NCAA Tournament berth.

The SEC Network will be live in Birmingham throughout the day on Wednesday beginning at 11 a.m. CT.

The Tigers are set to open the 2022-23 season on Wednesday, Nov. 9 at 7 p.m. against Kansas City. Season tickets are still on sale at the LSU Athletics Ticket Office or online at LSUTix.net.