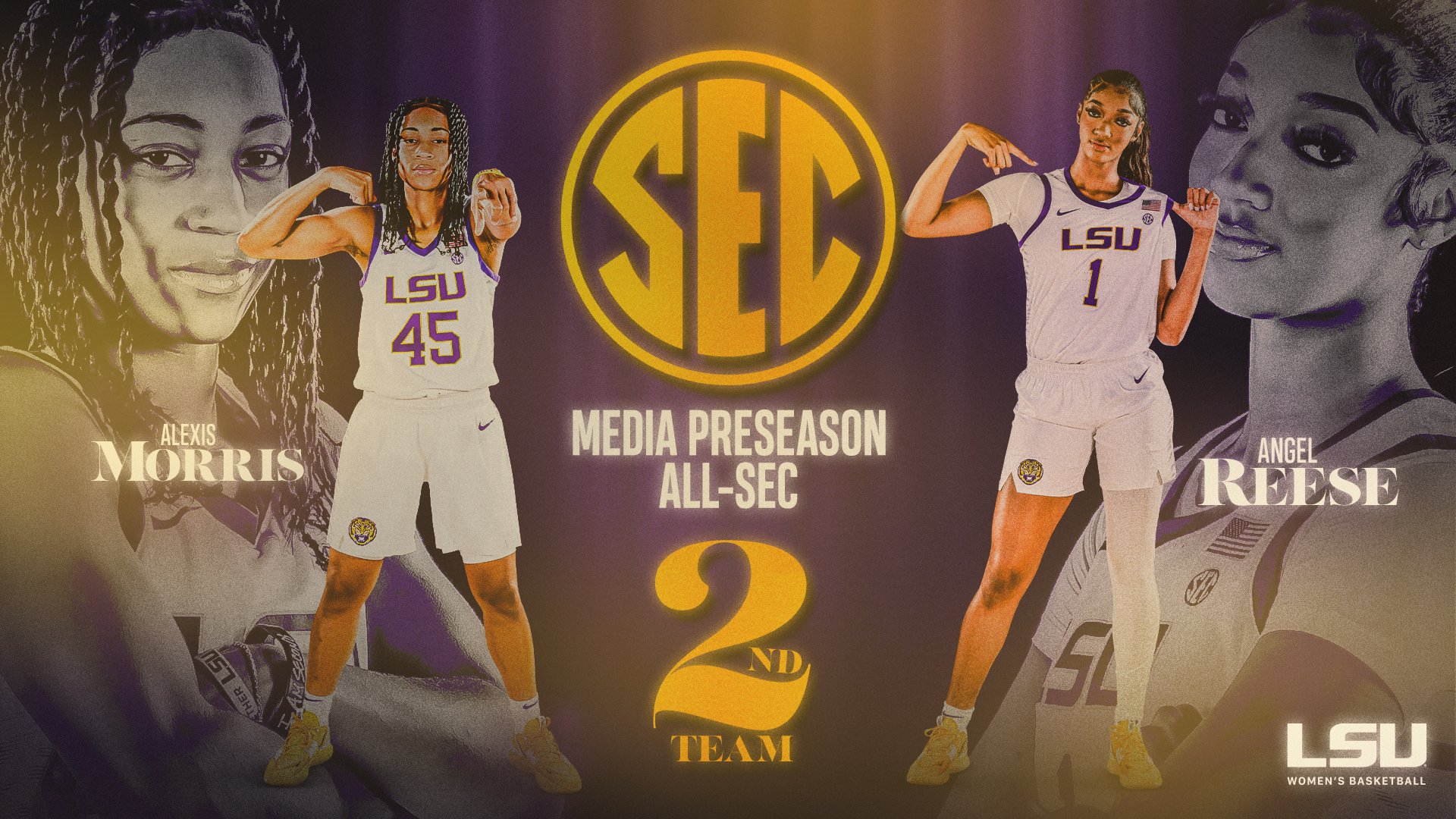 BIRMINGHAM, Ala. – The media covering SEC Women’s Basketball named LSU’s Alexis Morris and Angel Reese to the Preseason All-SEC Second Team and the Tigers were picked Tuesday morning to finish third in the conference.

Morris, who was also named to the Nancy Lieberman Award Preseason Top-20 Watchlist on Monday, is the only returning starter from last year’s team that went 26-6. She is also the only returner that averaged double figures last season, scoring 15.0 points per game during her first season in Baton Rouge.

Reese is one of nine newcomers to the team, entering her first season at LSU as one of the most dynamic players in the country after playing two seasons at Maryland. ESPN ranked Reese the No. 1 Impact Transfer as she comes to Baton Rouge after averaging a double-double (17.8 points and 10.6 rebounds), earning multiple All-America honors and leading the Terrapins to a Sweet 16 appearance in March Madness.

Preseason Player of the Year