Former LSU infielders DJ LeMahieu of the New York Yankees and Alex Bregman of the Houston Astros will meet in the American League Championship Series that begins at 6:37 p.m. CT Wednesday in Houston. 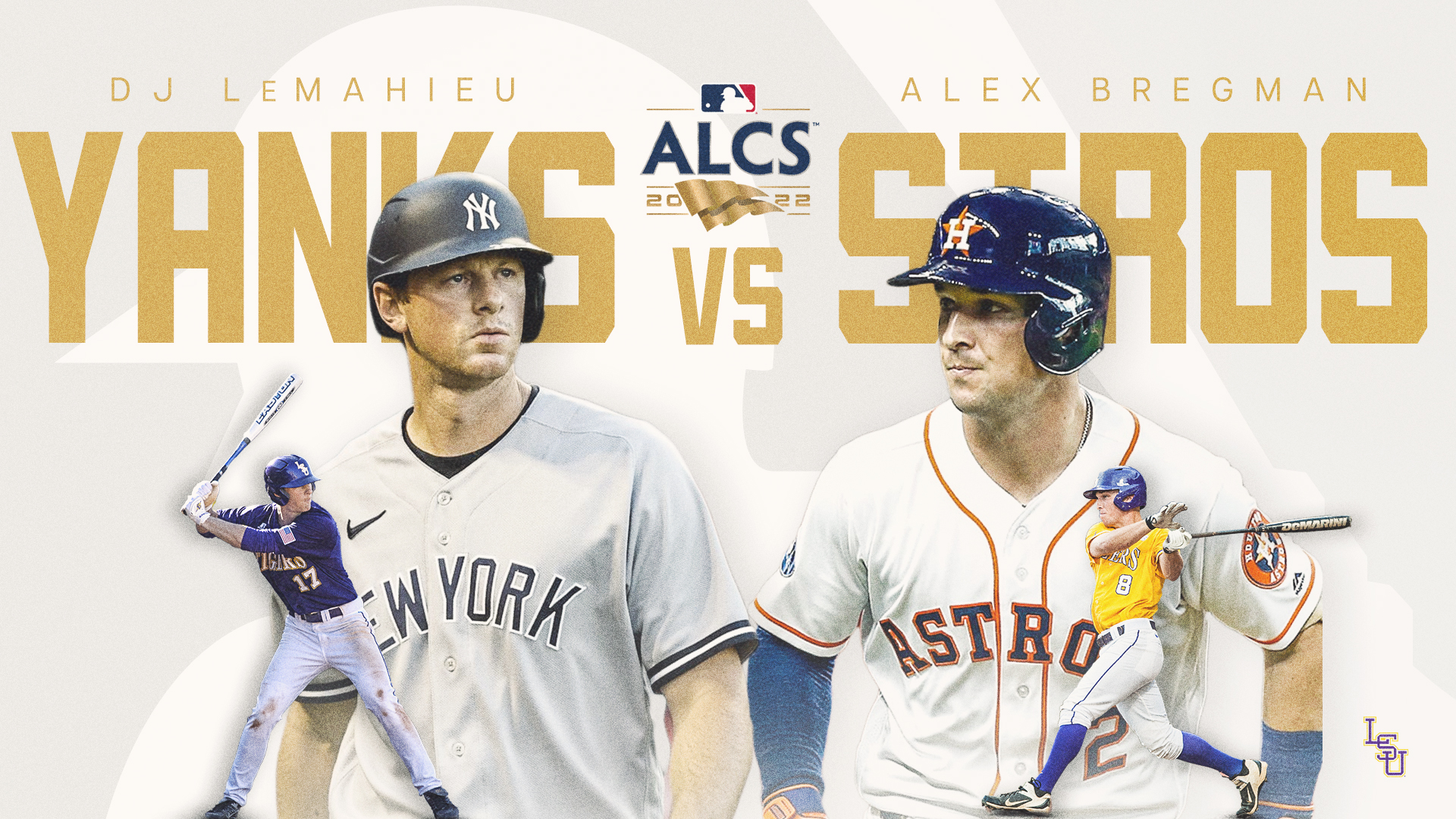 BATON ROUGE, La. – Former LSU infielders DJ LeMahieu of the New York Yankees and Alex Bregman of the Houston Astros will meet in the American League Championship Series that begins at 6:37 p.m. CT Wednesday in Houston.

Former LSU stars and brothers Austin Nola (Padres) and Aaron Nola (Phillies) are participating in the NLCS, which began on Tuesday night with Philadelphia’s 2-0 Game 1 victory in San Diego.

A total of 41 former LSU Tigers have played for MLB playoff teams since 1990, and 13 former LSU players have been members of World Series Championship teams in that 32-season span.

LeMahieu, who is in his 12th Major League season and fourth with the Yankees, did not play in New York’s Divisional Series victory over the Cleveland Guardians due to a toe injury; however, he is expected to be on the ALCS roster.

LeMahieu batted .261 in the 2022 regular season with 18 doubles, 12 homers, 46 RBI and 74 runs scored. A three-time All-Star and Gold Glove recipient, and a two-time winner of the Silver Slugger Award, LeMahieu won the MLB and American League batting titles in 2020.

LeMahieu became the first player in modern Major League history to win a batting title in each league, as he also captured the 2016 MLB and National League batting titles while playing for the Colorado Rockies.

Bregman is in his seventh season with the Astros, who selected him as the No. 2 overall pick in the 2015 MLB Draft. He batted .333 (5-for-15) in Houston’s Divisional Series win over the Seattle Mariners with one double, one homer and three RBI.

Bregman has a .356 career average in 23 MLB postseason games with seven doubles, seven homers, 18 RBI and a .442 on-base percentage.