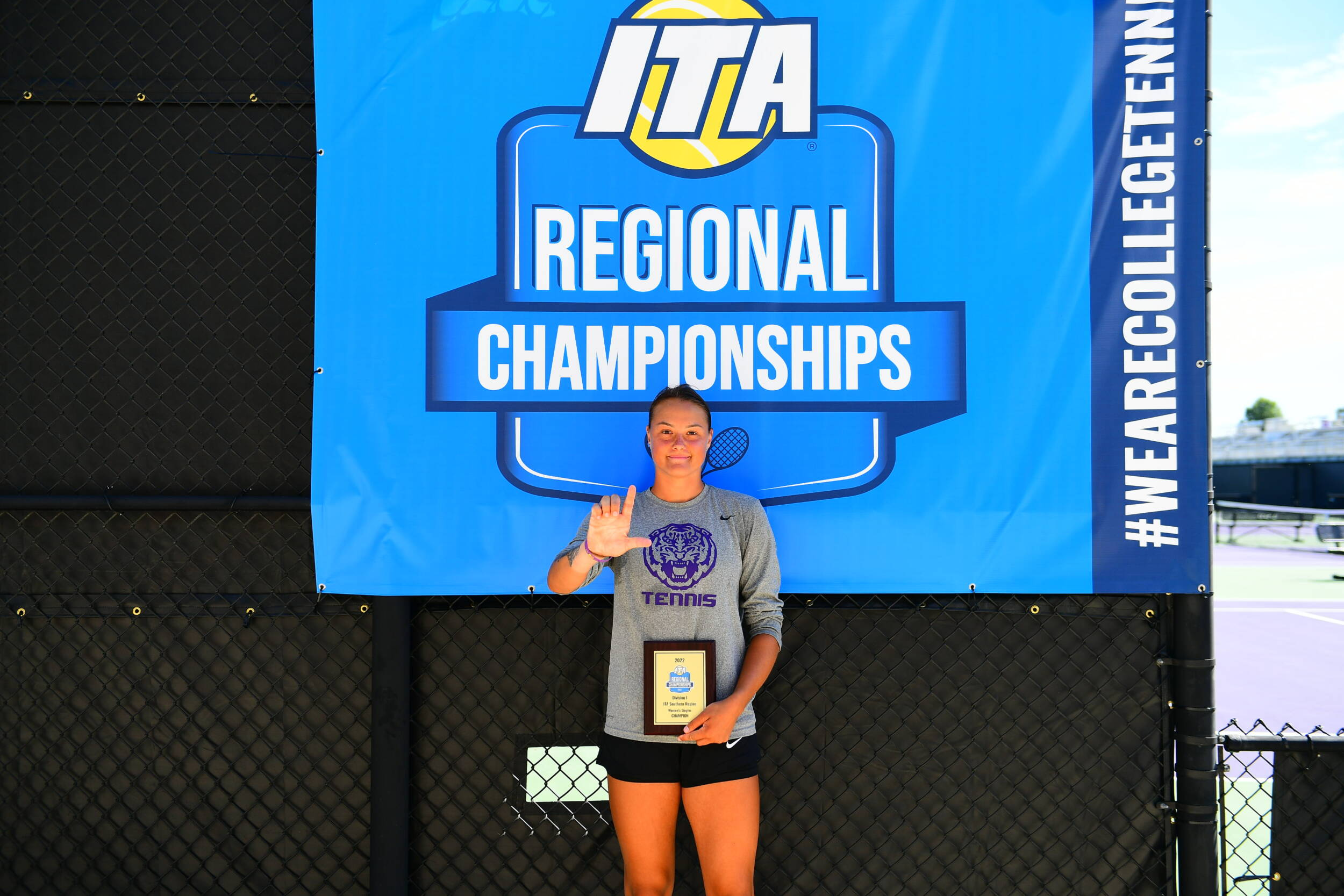 BATON ROUGE, La. – Redshirt freshman Anastasiya Komar completed the regional double on Tuesday morning as she came from behind to win in the singles final of the 2022 ITA Women’s Southern Regional at the LSU Tennis Complex.

Taylor’s Thoughts
“Credit to Nas (Komar) for finishing strong and grabbing the singles title,” head coach Taylor Fogleman said. “She’s played at a high level all fall and it’s shown with her strong wins. She faced some tough opposition throughout the tournament but never backed down. To be the regional champion in singles and doubles is an incredible feat.”

“As a team, we’re proud of how everyone competed in singles throughout the week. It was great to see our work this fall pay off. We still have only scratched the surface of what this team is capable of, and we’re excited to continue growing as a team. We’ll rest now and get ready for our tournament next week and begin preparations for our regional finalists to compete in the fall national championship in a few weeks.”

Singles Result – Final
Komar faced Lillian Gabrielsen of Ole Miss in the final round of singles. The match opened with both players trading games back-and-forth all the way to 6-6. The first set tiebreaker had Gabrielsen go up early and hold Komar’s late charge off to win 7-5 and take the lead in the match. Komar bounced back in the second set with an emphatic 6-1 win and forced the match into a third set. In the third set, Komar only dropped one game as she won 6-1 to clinch the match and her spot on top of the southern region.

Komar became the first LSU Tiger to win the singles draw since 2019, when Taylor Bridges defeated her teammate, Paris Corley. As the regional champion, she qualifies for the singles competition of the ITA Fall National Championship set to take place between November 2nd to November 6th at the Barnes Tennis Center in San Diego, California.

Up Next
The LSU women’s tennis team will head to Jacksonville, Florida to participate in the UNF Hidden Duals beginning on Friday, October 28.