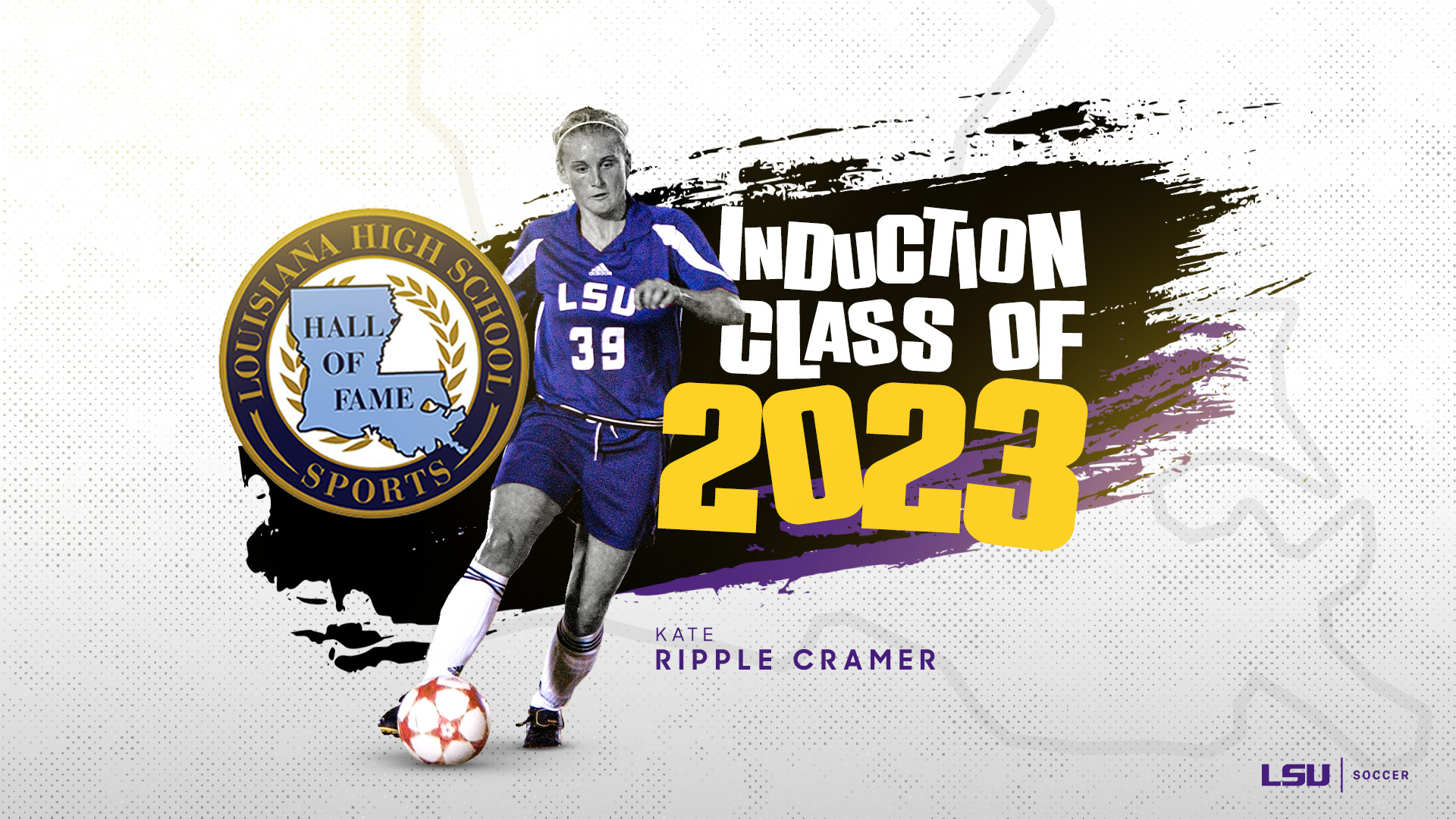 The Louisiana High School Athletic Association announced that this year’s class will be inducted on April 18th , 2023, at the Crowne Plaza Hotel in Baton Rouge. Tickets will be available for purchase in January on LHSAA.org.

The Baton Rouge native attended Parkview Baptist in Baton Rouge before beginning her collegiate soccer career at Texas A&M, where she played in 13 games as a freshman for the Aggies in 2002.

Ripple-Cramer transferred to LSU in 2003 and had an immediate impact on the program. As a sophomore, she played in all 20 games at the midfield position and started in 15 of those matches. Ripple-Cramer tallied one goal, three assists and earned an honorable mention All-Louisiana selection in her first season with the Tigers.

The midfielder continued her junior season to appear in all 20 matches for the Tigers and recorded a goal in a 2-1 overtime win against Tulane on September 3. She received the Golden Tiger/Julie Rowe team award for her positive work ethic and attitude.

Ripple-Cramer capped her senior year off in fashion, receiving First-Team All-Louisiana honors by the Louisiana Sports Writers Association. She started in all 20 matches for the Tigers and led the team with eight goals and recorded one assist for a total of 17 points on the season.