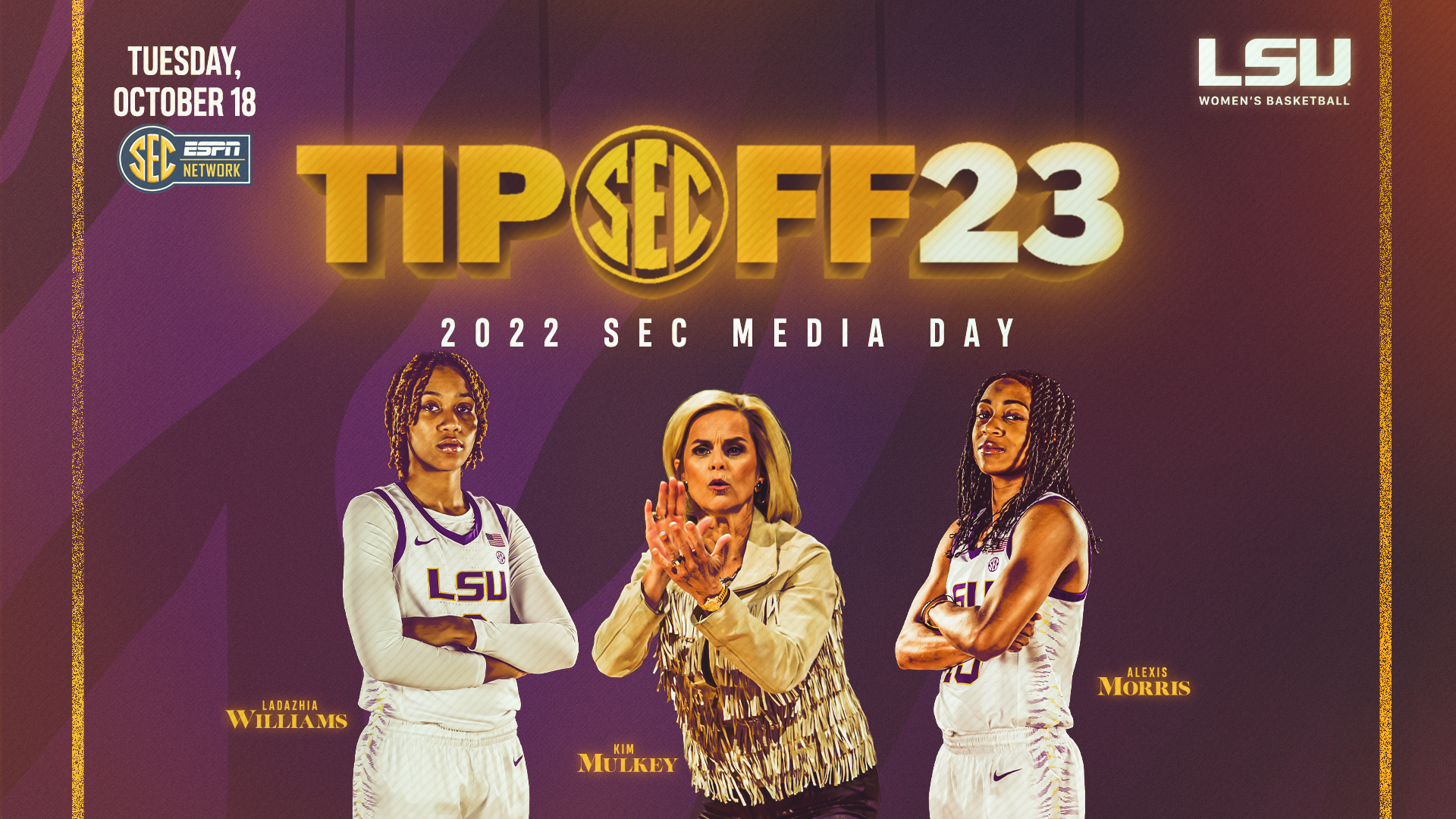 BATON ROUGE  – LSU Women’s Basketball Head Coach Kim Mulkey will make her first appearance at SEC Media Day on Tuesday as it is back in person for the first time since the 2019-20 season in Birmingham at the Grand Bohemian Hotel.

After leading the greatest turnaround by a first-year head coach in SEC history and winning the AP National Coach of the Year award, Coach Mulkey is gearing up for her second year at LSU. She will be joined by guard Alexis Morris and forward LaDazhia Williams at Media Day.

Morris, who averaged 15.0 points per game last season and was named to the All-SEC Second Team, is the only returning starter from last year’s team. She was named to the Nancy Lieberman Award Preseason Top-20 Watchlist earlier on Monday. Williams, a grad-transfer from Missouri, is one of nine newcomers on this year’s LSU team and she brings with her four years of experience playing in the SEC.

Coach Mulkey, Morris and Williams will be live on the SEC Network at 1:25 p.m. CT with Courtney Lyle and Carolyn Peck.

Fans can follow along on the SEC Network as they will provide coverage throughout the day on their various shows including SEC This Morning, SEC Now and The Paul Finebaum Show. LSU will also provide behind-the-scenes coverage from media day on its official social media channels.