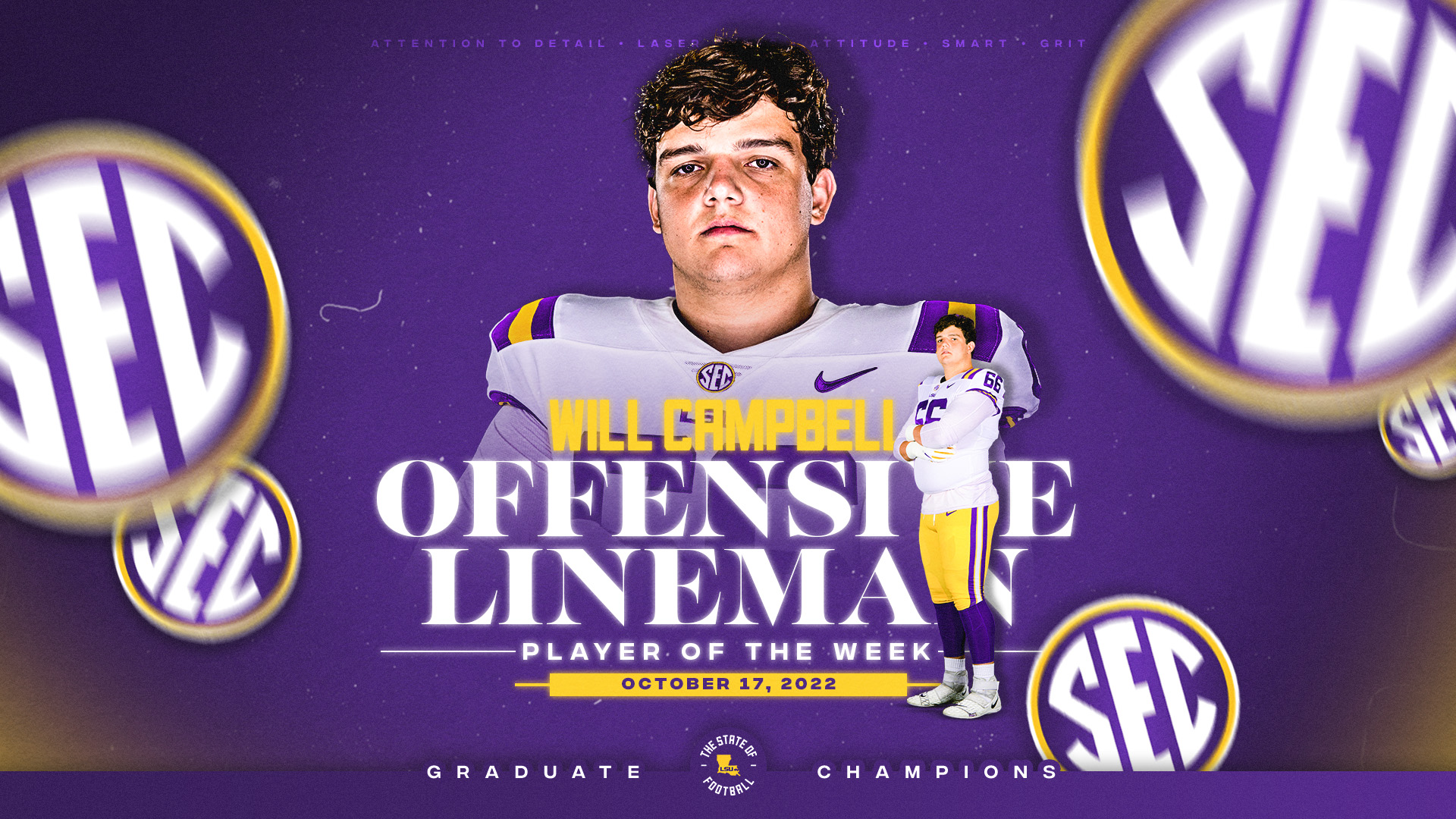 BATON ROUGE – LSU true freshman Will Campbell has been named the Southeastern Conference Offensive Lineman of the Week for his dominant performance in Saturday’s win over Florida.

Campbell, the starter at left guard for LSU in six of seven games this season, shared SEC Offensive Lineman of the Week honors with Darnell Wright of Tennessee.

In LSU’s win over Florida, Campbell played all 70 offensive snaps and graded out the highest among all Tiger offensive linemen. Campbell wasn’t called for any penalties in the 45-35 win and didn’t allow a sack or a quarterback pressure.

As an offense, Campbell anchored a line that helped the Tigers rack up 28 first downs and 528 total yards. LSU also converted 8-of-12 third-down opportunities and both fourth-down chances. The Tigers averaged 4.7 yards per rush.

In addition, he helped pave the way for running back Josh Williams’ 106 yards on 17 carries. Williams averaged 7.6 yards per rush on his way to the best output of his career.

LSU quarterback Jayden Daniels rushed for three touchdowns and passed for three more becoming the first player in school history to account for six touchdowns in a game decided in regulation. Daniels finished the Florida contest with an LSU career-best 349 passing yards as he connected on 23-of-32 passes.

LSU returns to action on Saturday when the Tigers host seventh-ranked Ole Miss at 2:30 p.m. CT in Tiger Stadium.