Jackson Martingayle, a two-time Southeastern Conference Runner of the Week this season, led LSU’s effort Saturday at the Arturo Barrios Cross Country Invitational in Bryan-College Station, Texas, recording a time of 24:22.0 in the men’s 8K race. 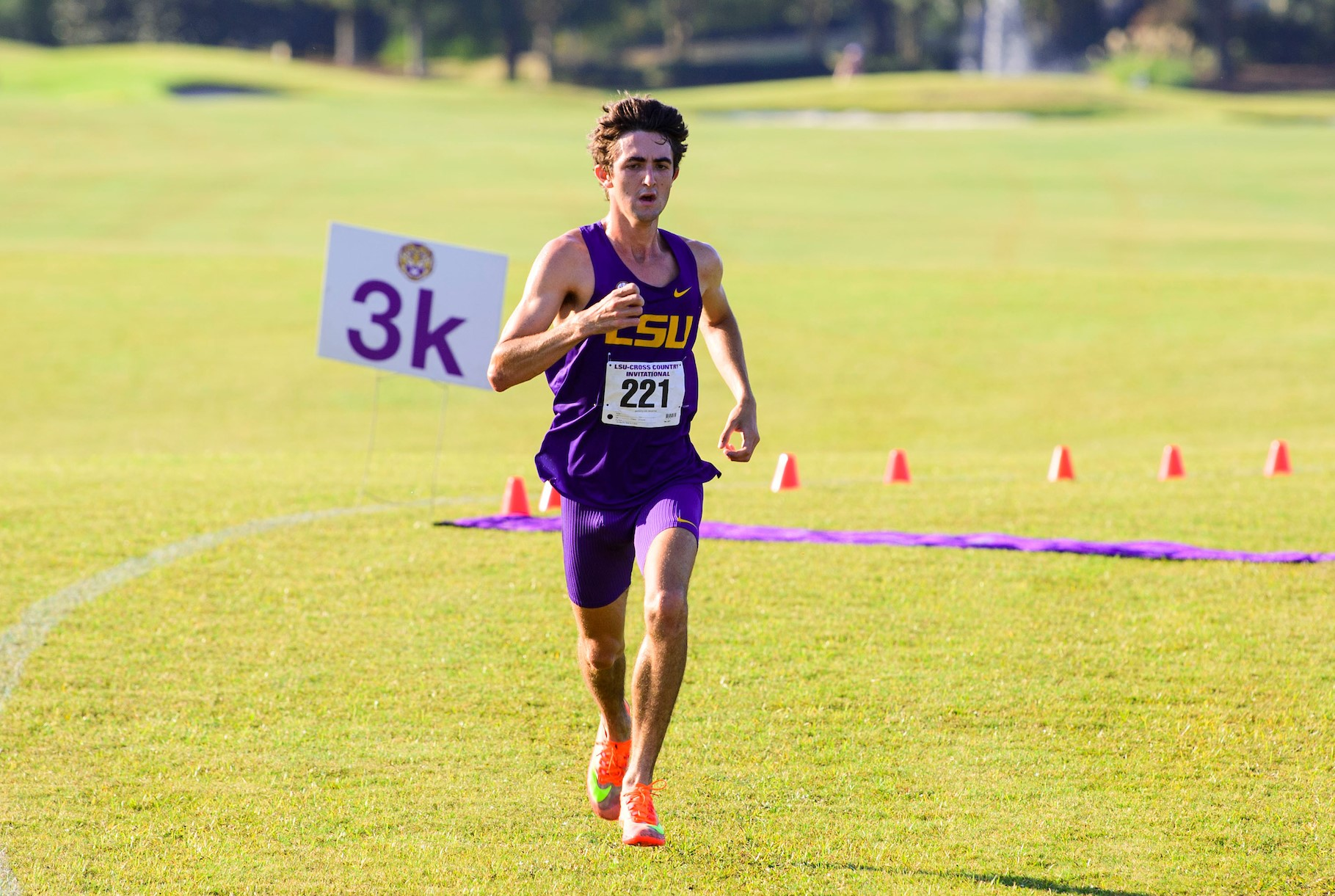 Martingayle placed 26th in a field of 360 competitors, and the LSU men finished 19th in the team standings.

Sophie Martin was the leading runner for LSU in the women’s 6K race, recording a time of 21:58.9. She placed 59th in a field of 326 competitors, and the Tigers finished 17th in the women’s team standings.

LSU elected to hold several of its top women’s competitors out of Saturday’s race, including SEC Runners of the Week Lorena Rangel and Michaela Rose, as the Tigers look forward to the SEC Championships on October 28.

“I feel like we have had a really good season this Fall up until this point, but today was not a great day for us,” said LSU cross country coach Houston Franks. “We were too passive at times in the race. We will have two weeks to get ready for SEC and the NCAA Regional Championships coming up.”

“I feel we have a really good team on both the men’s and women’s sides,” Franks said, “but for the next two meets we have to execute our races better if we are going to finish the year like we intend to do.”