The LSU men’s and women’s cross country teams will compete Saturday in the Arturo Barrios Invitational in Bryan-College Station, Texas. The meet, hosted by Texas A&M, will be held at the Watts Cross Country Course. 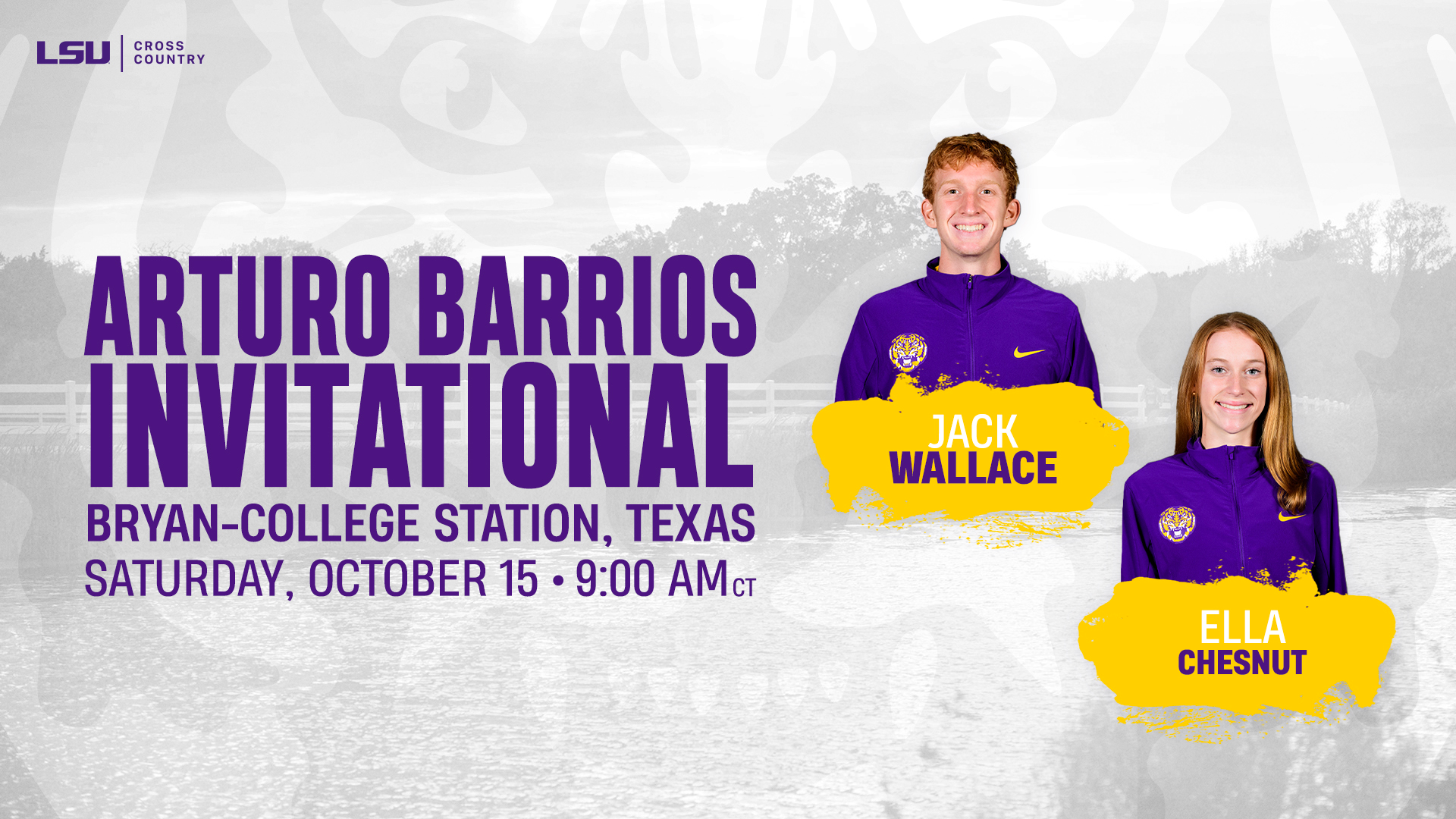 BATON ROUGE, La. – The LSU men’s and women’s cross country teams will compete Saturday in the Arturo Barrios Invitational in Bryan-College Station, Texas. The meet, hosted by Texas A&M, will be held at the Watts Cross Country Course.

“We are really excited about the Barrios meet,” said LSU cross country coach Houston Franks. “It is always a really good meet with a very talented, deep field.  This will be our last regular season meet before the championship meets begin, so it is our last opportunity to work on the things we need to work on in a meet atmosphere before those championships.

The LSU men’s team placed fifth at last week’s Florida State Open in Tallahassee, Fla., as senior Jackson Martingayle led the Tigers with a ninth-place finish, completing the 8K race in 24:38.9. Martingayle was named on Tuesday as the Southeastern Conference Men’s Runner of the Week, marking the second time this season he has received the honor.

“I’m really excited for the men’s race,” Franks said. “Last week we had a good meet, but I felt like we needed to close the meet out just a bit better over the last kilometer.  We have worked on that in practice a bit, and I look forward to getting out there and competing against most of the teams that we will face at the NCAA Regional Championships.”

The LSU women have won all three meets in which they have competed this season, including last week’s Florida State Open. Michaela Rose was named SEC Women’s Runner of the Week after placing second in the 6K race with a time of 17:16.6. The Tigers’ Lorena Rangel finished just behind Rose in third place and was also timed at 17:16.6, and Ella Chesnut placed fifth in 17:25.7.

Franks said that Rose, Rangel and Chesnut, along with a few others, will be held out of Saturday’s race.

“On the women’s side, we will be holding out quite a few runners,” Franks explained. “That’s just due to relying on some young runners and middle-distance women that we are being cautious with to make sure we don’t over-race them.  But, I feel very confident about the group that will be racing on Saturday; there just may be a few names missing from the ‘box score’ this week.”