Soccer Heads to Knoxville To Face No. 16 Tennessee 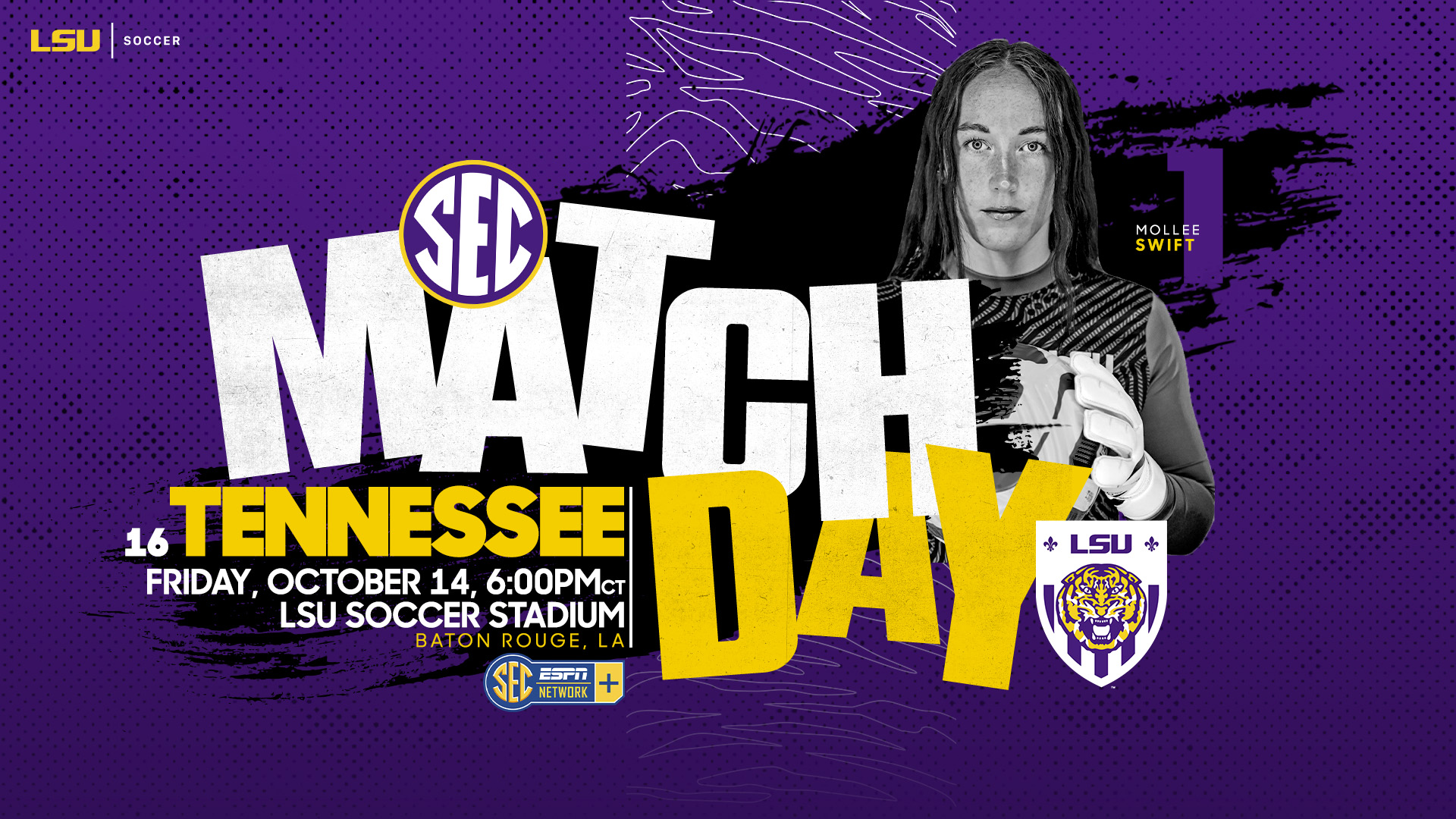 The match will be available through streaming on SEC Network Plus. Links to watch and live stats for the match can be found on lsusports.net.

LSU trails in the series history against Tennessee by a margin of 4-14-4. The last time the two teams met in 2018, they battled to a 1-1 draw in the SEC Tournament before the Tigers advanced on penalty kicks, 7-6.

The LSU Tigers hosted the Alabama Crimson Tide at the LSU Soccer Stadium on Sunday, October 9, where the Tide grabbed a 5-0 victory over the Tigers.

LSU had the first chance in the match just 25 seconds in as midfielder Ida Hermannsdottir had a shot on goal that was saved by Alabama goalkeeper McKinley Crone. The Tigers believed that they took the early lead in the 10th minute when midfielder Wasila Diwura-Soale headed home a goal, but it was called back due to offsides.

Alabama got on the board first in the 21st minute. Kate Henderson pressured Swift into making a heavy touch in her box and managed to poke the ball into the goal. The Crimson Tide doubled their lead in the 32nd minute as Gianna Paul knocked a cross into the back of the net.

Swift finished the first half with four saves, including a tremendous aerial catch in the 31st minute. The first half finished 2-0 in favor of Alabama and the teams headed in for the halftime break.

The Crimson Tide extended their lead to 3-0 seven minutes into the second half. Felecia Knox took a direct free-kick from just outside the box and sent a strong shot on goal that deflected off an LSU player and rolled into the bottom-right corner.

Alabama won a penalty kick in the 68th minute as Shannon Cooke brought down an attacker in the box. Reyna Reyes stepped up to the spot and slotted the ball into the bottom-right corner to make it 4-0 on the day.

The final goal came a minute later as Riley Mattingly-Parker dispossessed an LSU defender in the box, took a touch and ripped a curling shot from 15 yards out into the top-right corner. Mattingly-Parker extended Alabama’s lead to 5-0 on the day and the Crimson Tide completed a shutout in Baton Rouge.

Swift finished the second half with three saves to take her total on the day to seven.

After scoring three each in non conference play, forwards Mollie Baker and Sage Glover both found the back of the net in SEC play for the first time in their collegiate careers in the Tigers win over the Kentucky Wildcats on Sunday, October 2. The freshmen both narrowly trail the top scorers with four each on the year.

Freshman Baker and Glover are tied as the second leading goal scorers with four each. Of LSU’s 31 goals scored this season, 12 have come from true freshmen (38.7%) while another 12 goals have come from 5th year seniors/graduate students.

The freshman continued her tally of assists against Kentucky. Thoreson sent a ground cross on a first-time effort to find Sage Glover, who scored in the 34th minute to give the Tigers the 2-1 lead against the Wildcats. The assist increased Thoreson’s team-high total on the year to six.

The forwards six assists rank sixth in the conference through 14 games played.

The Tigers matchup against Tennessee will be the squad’s fourth ranked opponent matchup this season and second in conference.

LSU has a 5-7-1 record against ranked opponents under head coach Sian Hudson. During Hudson’s time, LSU has played in 13 ranked matches and have been competitive in all of them. The five wins under Hudson come from No. 14 Ole Miss, No. 15 USF, No. 19 UCF, No. 21 Arizona State, and No. 4 Arkansas.

The losses came against No. 8 Texas A&M in the fall of 2020, a one-goal loss to Arkansas at the 2021 SEC Tournament, and two overtime losses to ranked Auburn teams. LSU’s last draw against a ranked opponent came in August when the team drew 2-2 at No. 14 Pepperdine.

In total, the Purple and Gold have won 18 matches and drawn 11 matches against nationally-ranked opponents in program history.

LSU sits in fifth place in the SEC with four games remaining on the conference schedule. The top 10 teams in the league advance to the conference tournament which will take place from October 30 – November 6 in Pensacola, Fla.

The Tigers have earned 10 points in conference play this year and rank fourth in the SEC West division. The two division champions will serve as the top two seeds at the SEC Tournament, and the final eight teams are decided by points accumulated in conference play.