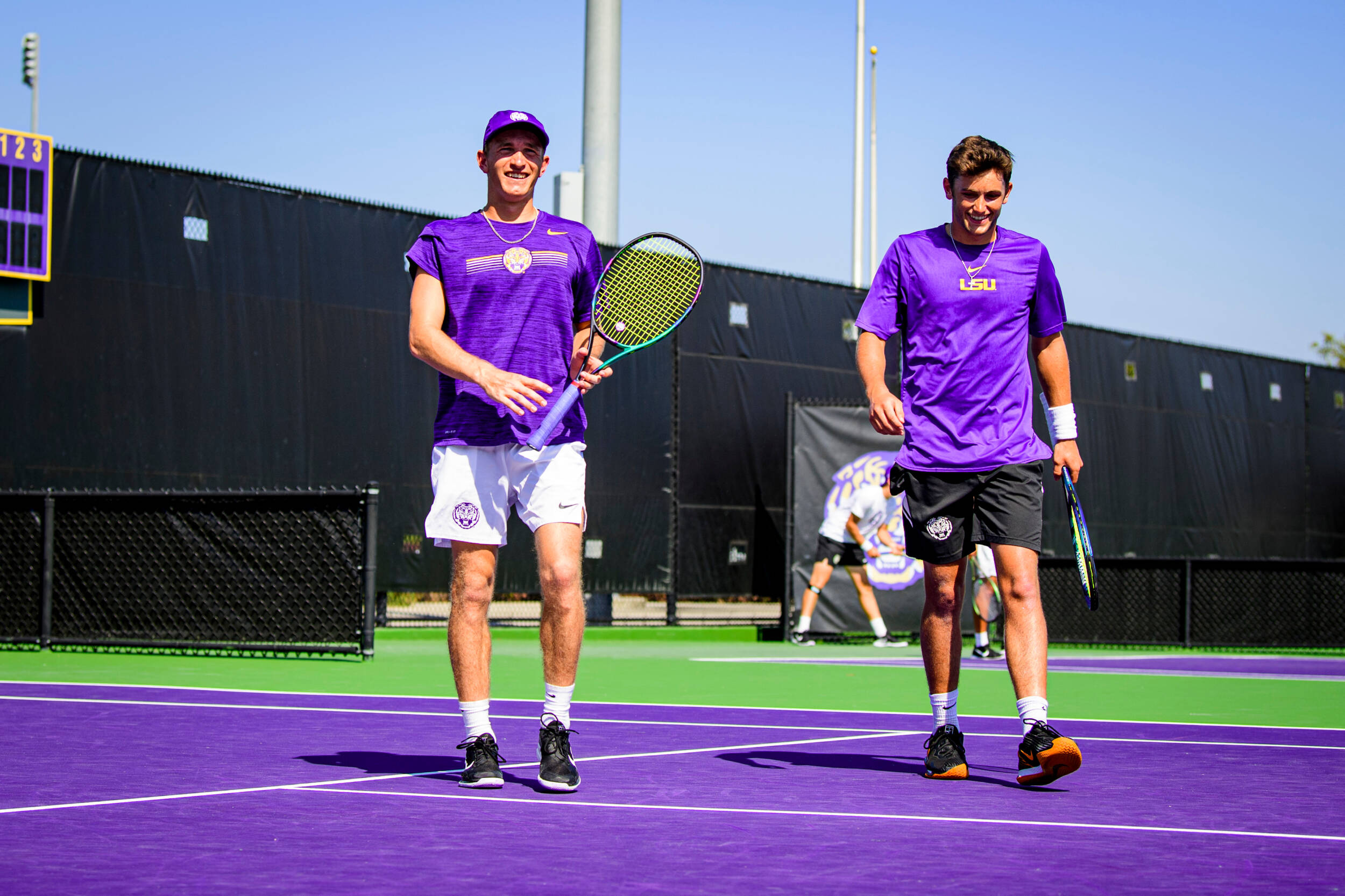 BATON ROUGE, La. – The LSU men’s tennis team will compete in the ITA Southern Regional in Tuscaloosa, Ala. October 13-18 at the Alabama Tennis Stadium.

The Tigers start the regional with six Tigers in Qualifying Draw singles on Oct. 13. with Stefan Latinovic, Nick Watson, Benjamin Ambrosio, Ben Koch, Will Cubitt, and George Stoupe on the court.

Doubles play will begin on Oct. 14. No. 53 duo Julien Penzlin and Welsh Hotard enter the regional as the No. 3 seed. Pairs Ronnie Hohmann and Stoupe and Chen Dong and Koch are the No. 10 and 11 seeds respectively. They will be joined by duos Watson and Latinovic and Cubitt and Ambrosio.

Singles Main Draw will begin on Oct. 15. with No. 14 Hohmann and Hotard entering the regional as the No. 4 and No. 16 seeds. These two Tigers will receive a first round bye. Dong and Penzlin will also start competition in the Main Draw.

Live stats and video will be available through ITA. Updates will be posted on Twitter, @LSUTennis. For more information about the tournament, visit here.

Two Tigers are coming off a successful run at the ITA All-American Championships. Penzlin went 4-1 in singles play, advancing to the Qualifying Draw before exiting the event.

No. 14 Hohmann began his competition in the Main Draw, advancing through the consolation draw before falling in the quarter finals.

Thu, Oct 13 – First and Second round of Qualifying Singles