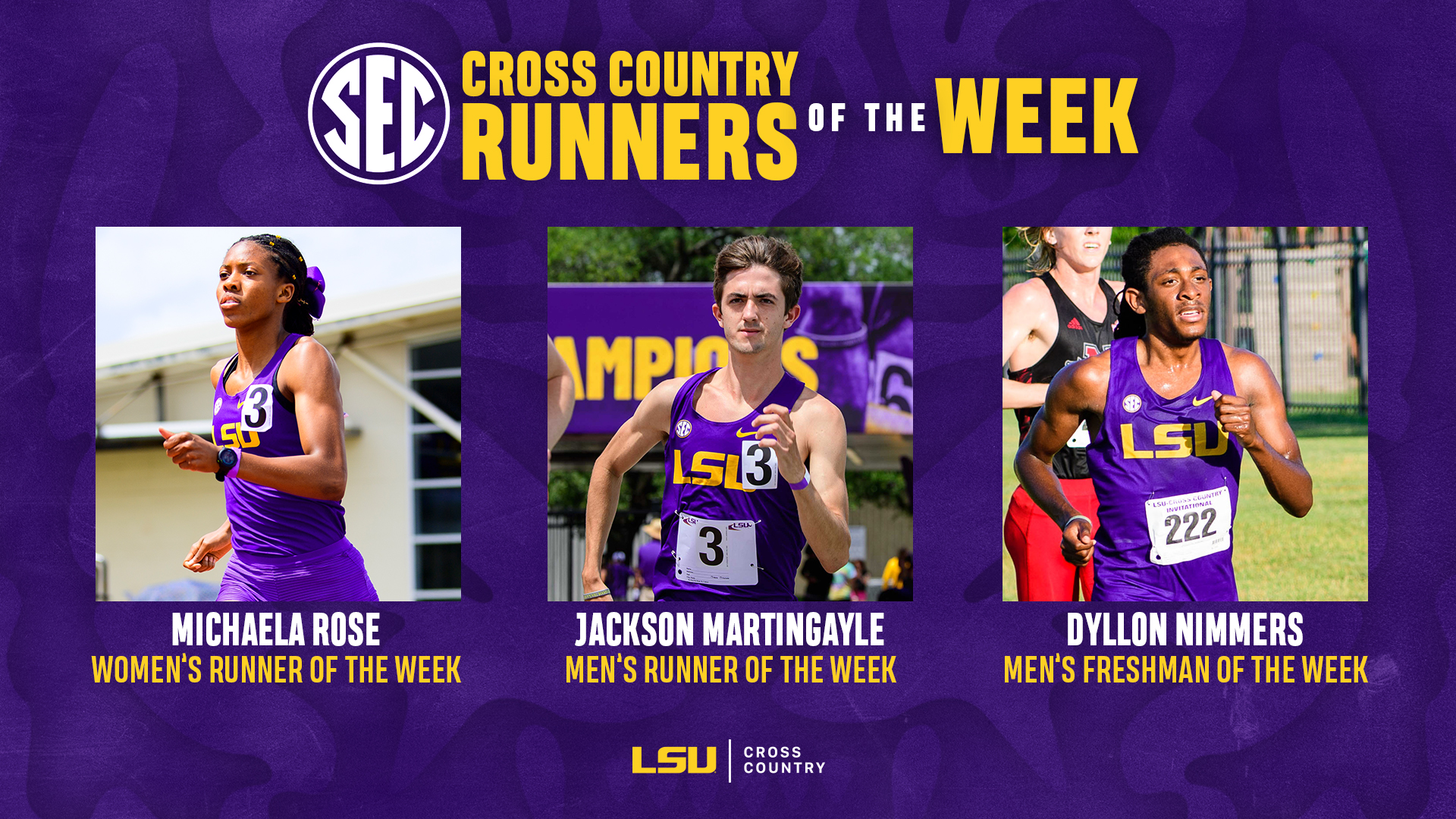 Rose led the LSU women to a first-place team finish Friday at the Florida State Invitational in Tallahassee, Fla. A biochemistry major, she placed second in the individual standings with a career-best time of 17:16.60 in the women’s 5,000-meter race.

Rose cut nearly 11 full seconds off of her previous best 5,000-meter time, which was 17:27.10 at the LSU Invitational on September 23. Her second-place finish at Florida State and her third-place performance in the LSU Invitational helped pace the Tigers to team titles in both events.

Martingayle, who was also named SEC Men’s Runner of the Week on September 26, was LSU’s top performer in the men’s 8K race on Friday at Florida State, placing ninth with a time of 24:38.9. Martingayle, whose ninth-place finish came in a field of 299 competitors, led the Tigers to a fifth-place finish in the team standings.

Nimmers posted an 8K time of 25:49.5 for the Tigers at Florida State, placing among the Top 10 of all freshmen in the race in the field of 299 total runners.

LSU returns to action on Saturday when the Tigers compete in the Arturo Barrios Invitational in Bryan-College Station, Texas.