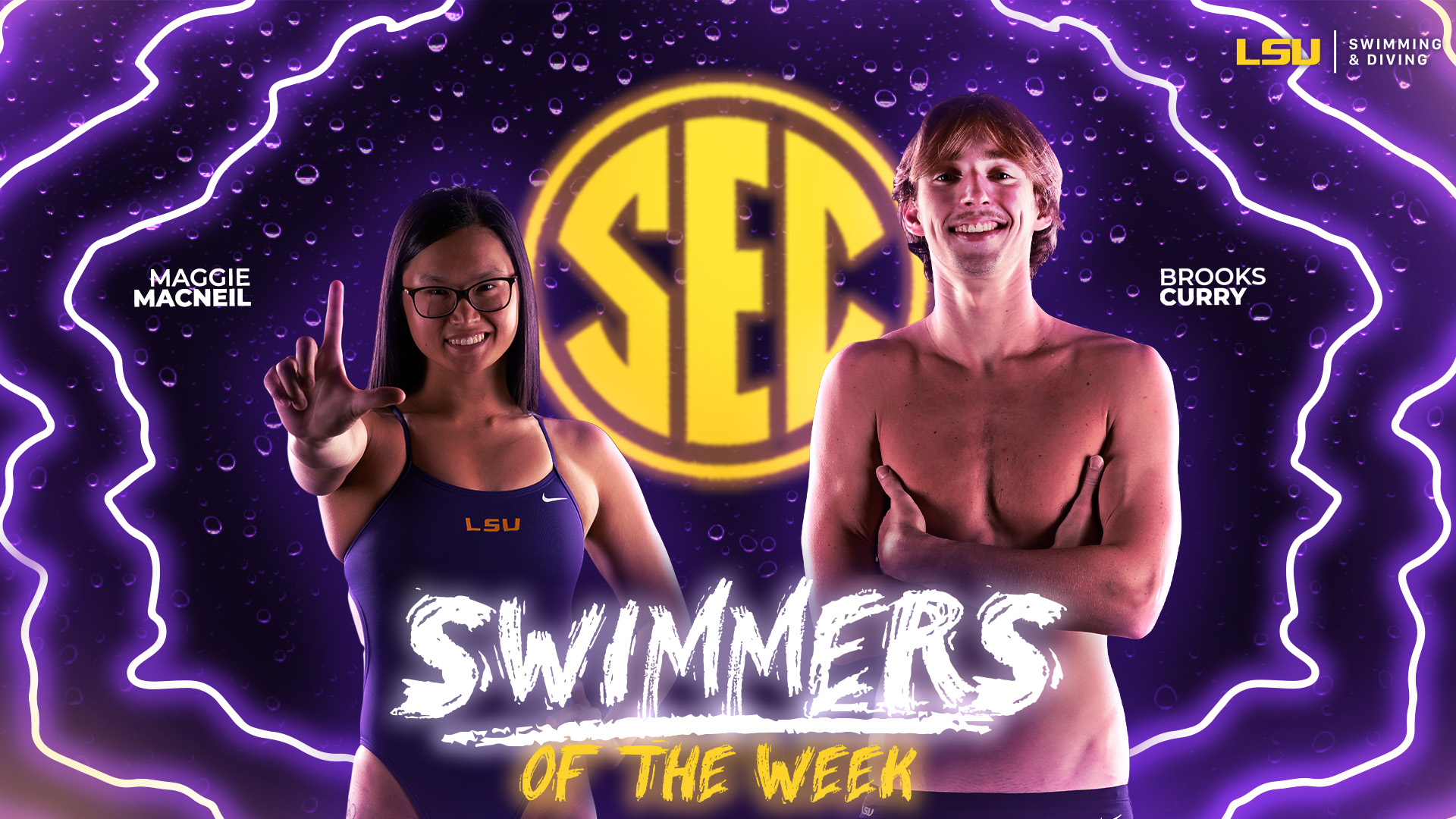 BATON ROUGE, La. – LSU swimmers Brooks Curry and Maggie MacNeil were both honored Tuesday for their performances in a dual meet at South Carolina, as the league office named them swimmers of the week.

Curry, who opened the 2022-23 competition slate at South Carolina, notched two individual wins and one win in the 400-yard freestyle relay Saturday. For his performance, the SEC announced him as the Male Swimmer of the Week. It is his second swimmer of the week honor in his LSU career, the first one being awarded to Curry last season following the Texas A&M meet. Curry, previously, was named Male Freshman of the Week twice.

MacNeil, who has acclimated very well to the SEC, earned her second swimmer of the week honor in as many meets. After breaking two school records in a tri-team meet with Vanderbilt and Tulane, MacNeil followed it up with two more record-breaking performances. She broke the 50-yard freestyle and 100-yard fly school records with three total individual wins.

In the 50-yard free, MacNeil clocked a time of 21.90, breaking Amanda Kendall’s 10-year-old record by two-tenths of a second.

The product of London, Ontario, Canada, has shown her prowess in butterfly events throughout her career. During this meet, MacNeil broke Haylee Knight’s school record of 51.71 with a time of 50.84. With her time, MacNeil becomes the first female in NCAA history to clear 51 seconds unsuited.

Additionally, she also nabbed a win in the 100-yard back with a time of 53.51 and swam the third leg of the winning relay team in the 200-yard medley. MacNeil finished with a time of 22.29.

Curry and MacNeil return to action when LSU travels to Denver, Colo., to take on Denver and Air Force at the El Pomar Natatorium. The swimming events begin at 2:00 p.m. CT.