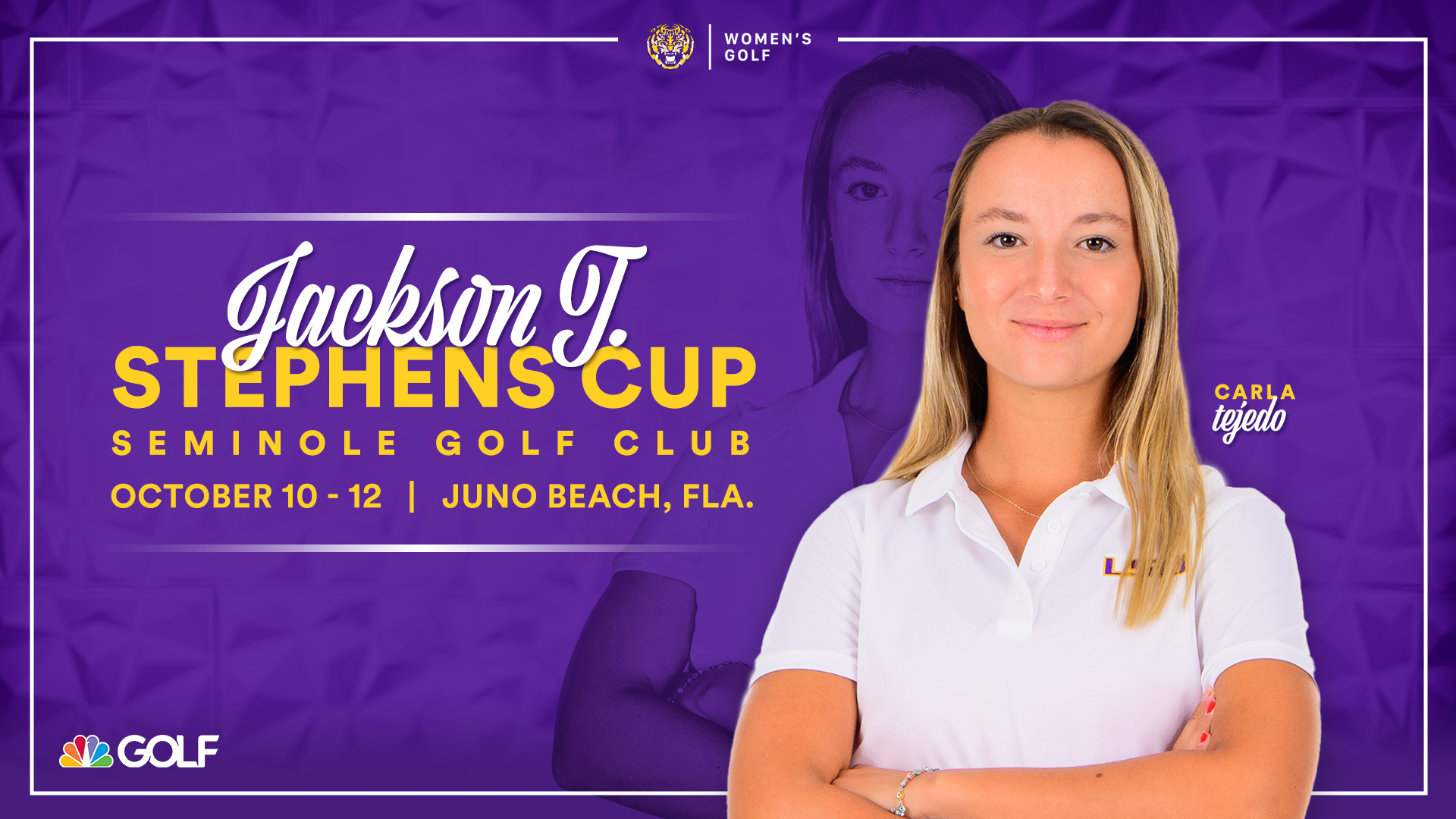 The Tigers won last year’s inaugural event at The Alotian Club in Arkansas, leading the stroke play qualifying and then defeating South Carolina in an 18-hole match play event to win the title. LSU golfers Ingrid Lindblad and Carla Tejedo tied for the individual crown (both receiving win credit by the NCAA and Golfstat) with Lindblad winning the title on the first extra hole.

This year’s event comes to the highly regard Seminole Club, which will be the focus of national television cameras for only the third time in recent years. The course is set and designed on a rectangular site with a different wind direction on almost every hole. The course was ranked No. 11 by Golf Digest in 2022 in its list of 100 greatest courses.

The event features seven men’s and women’s teams competing in two separate events with also players from HBCU schools and the military academies competing for the individual title.

Stanford is the defending national champions and in their one tournament in the fall is ranked No. 1in the Golfweek/Sagarin performance rankings. Wake Forest is No. 2, South Carolina 5, Arkansas 9 and Duke 11. Southern Cal is 13 and LSU is No. 19.

Six of the team are ranked in the latest Mizuno WGCA coaches’ poll with Stanford and Wake Forest 1-2, South Carolina 4, LSU 8, Duke 10 and USC 21.

Also, individually are two golfers representing Howard and one each from NC A&T and Navy.

“We are looking forward to getting back on the road and competing in such a prestigious event at such an iconic venue,” said LSU Coach Garrett Runion. “None of the ladies have played Seminole before and have been looking forward to this tournament for a while.

“They had a great experience last year at The Alotian Club playing on the Golf Channel and having the match play portion. We are expecting some wind and rain and will need to play tough, disciplined team golf if we want to make the cut and compete for the title again with such a strong field.”

Riley will be making her first team appearance after tying for third in the Green Wave Fall Invite as an individual. Stone posted a second-place finish in that event. In her first start of the year at the Mason Rudolph Championships, Lindblad posted her 25th career top 10 finish, tying Kristi Coats for the most top 10s in LSU women’s golf history.

The teams will start the opening round Monday at 7:10 a.m. CT with LSU paired with Stanford and Wake Forest in the opening wave. That sets up a pairing of three of the top 10 world amateurs – No. 1 Rachel Zhang of Stanford, Lindblad of LSU and No. 10 Rachel Kuehn of Wake Forest.

The second round will start Monday afternoon with plans to play as much as possible before play is completed for the day. The Stanford, LSU, Wake Forest wave will go last in the second round, starting at 12:45 p.m. CT off the 10th hole.