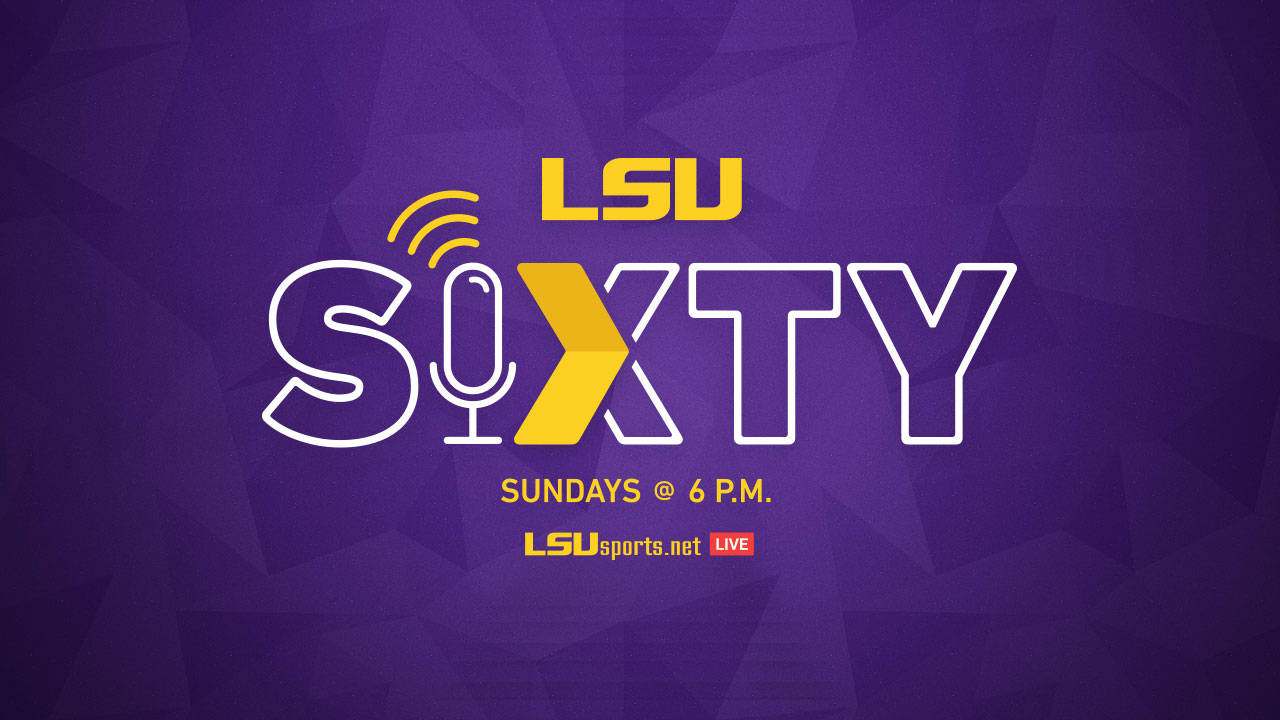 The one-hour show, hosted by Bill Franques and produced this week by Brian Haldane, is a weekly production containing football game recaps and interviews with LSU personalities. The show airs on Sundays in the fall, and it may be heard statewide on affiliates of the LSU Sports Radio Network, including Talk 107.3 FM in Baton Rouge.

Sunday’s show opens with highlights of LSU’s SEC game versus Tennessee Saturday in Tiger Stadium, featuring the calls of the “The Voice of the Tigers,” Chris Blair.

The show continues with an interview by Patrick Wright with a member of the LSU football coaching staff, as the Tigers begin preparations for this week’s SEC matchup versus Florida in Gainesville, Fla.

Men’s tennis head coach Danny Bryan, a former All-American player and assistant coach at LSU, joins the show to talk about his return to the Tigers and the impact he plans to make upon the program.

LSU Sixty concludes with a look at weekend football results around the Southeastern Conference, and a preview of upcoming programming on the LSU Sports Radio Network