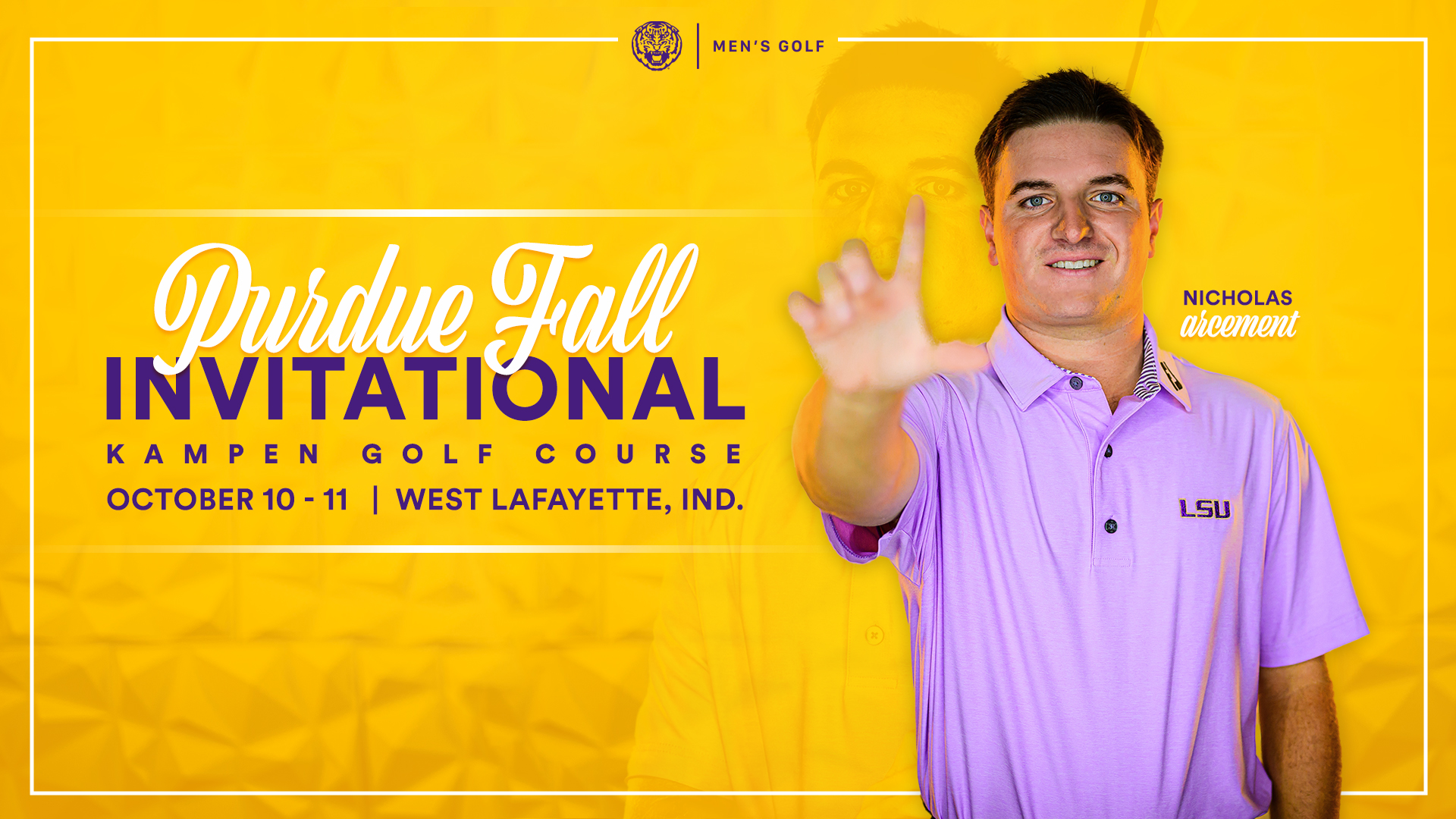 BATON ROUGE – The LSU men’s golf team plays its fourth tournament of the fall season when they open play Monday against a tough lineup in the Purdue Fall Invite at the Kampen Course in West Lafayette, Indiana.

The tournament is set for 36 holes on Monday and 18 holes on Tuesday to determine a champion.

The field includes 10 teams of the 15 ranked in the Golfweek performance rankings as of Sept. 30. Joining LSU and Purdue in the event and ranked in the top 100 are: Tennessee, Little Rock, Indiana, Illinois State, Memphis, Nebraska, Louisiana Tech and Iowa. The remainder of the field is VCU, Ball State, Central Arkansas, Eastern Michigan and Maryland.

LSU’s lineup will be Cohen Trolio, Garrett Barber, Nicholas Arcement, Connor Gaunt and Drew Doyle. Barber through three tournaments is averaging 69.00 with one top five finish, while Trolio in his season debut is average 69.67. Arcement is at 69.78 and Doyle is at 69.89.

A sunny sky is forecast for both days of the event with temperatures in the 70s. The field will begin the first of two shotgun starts at 8 a.m. CT and LSU will be off the first through three holes with Purdue and Tennessee.

Live scoring for the event can be found at Golfstat.com.