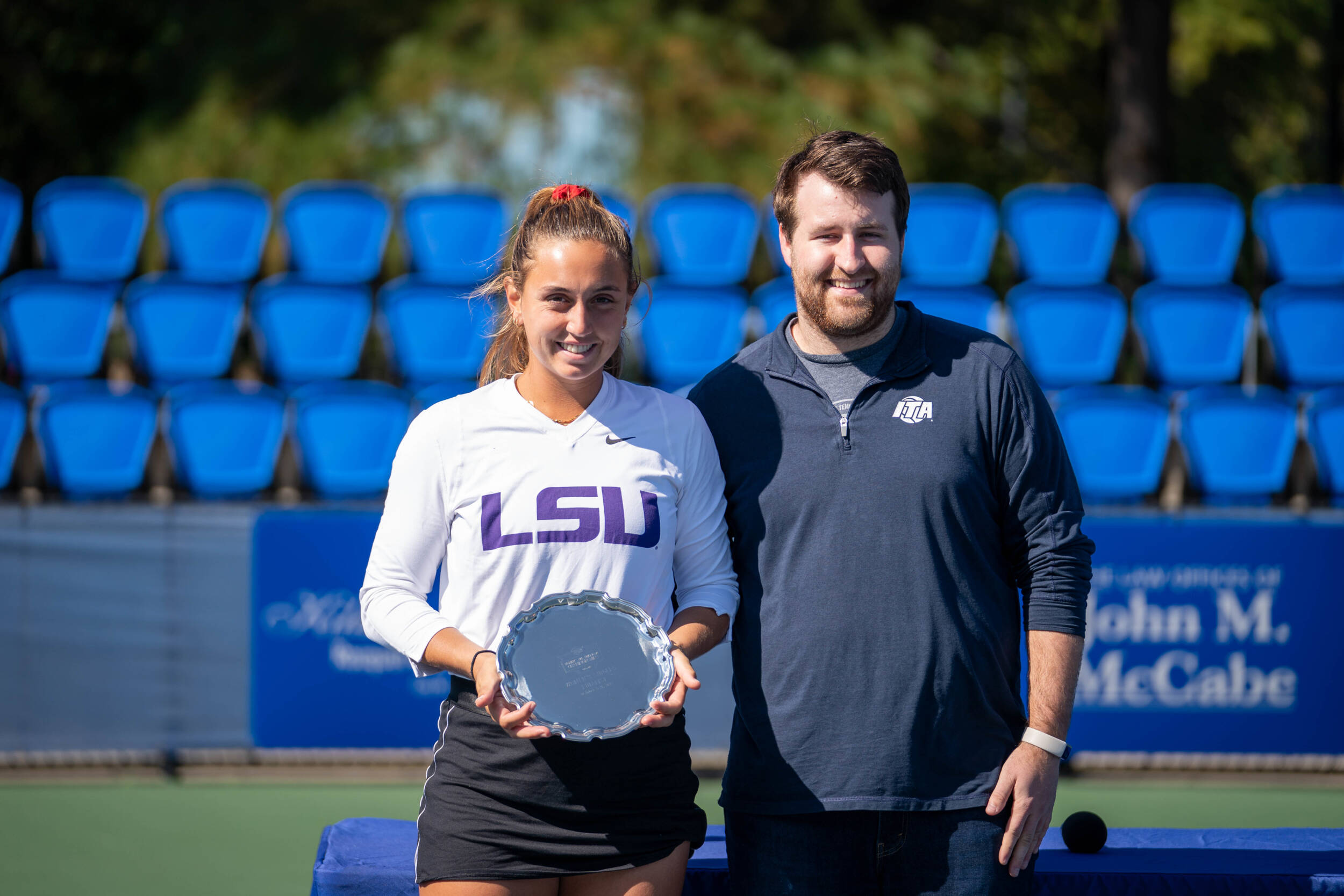 Cary, N.C. – Junior Kylie Collins’ run at the ITA All-American Championships came to a close on Sunday as she finished the runner-up in the singles championship.

Taylor’s Thoughts
“What a terrific tournament for all Tigers involved this past week,” head coach Taylor Fogleman said. “We competed extremely well and won plenty of matches against some of the best players in the country. Incredible run by Anastasiya (Komar) and Nikita (Vishwase) to make the quarterfinals of the doubles main draw. Kylie’s run to the final in singles was also tremendous; the first player in program history to make it that far. Props to our terrific competitors and to Coach (Chris) Simpson on the work done thus far and the work that lies ahead for the rest of the fall season!”

Singles Results
The final of the singles bracket saw No. 24 Collins face No. 21 Fiona Crawley of North Carolina. The two opened the first set by trading games, but the Tar Heel managed to pull ahead and win 6-3. Crawley brought her strong form into the second set as she took the early lead and went on win the set, 6-2, to clinch the singles title. The defeat brought an end to an impressive run for Collins, who played dominant tennis all tournament and won all her main draw victories in straight sets.

Up Next
The LSU Tennis Complex will host the 2022 ITA Women’s Tennis Southern Regional beginning with qualifying matches on Thursday, October 13.