Volleyball Matches Up Against No. 15 Florida for Two-Match Series 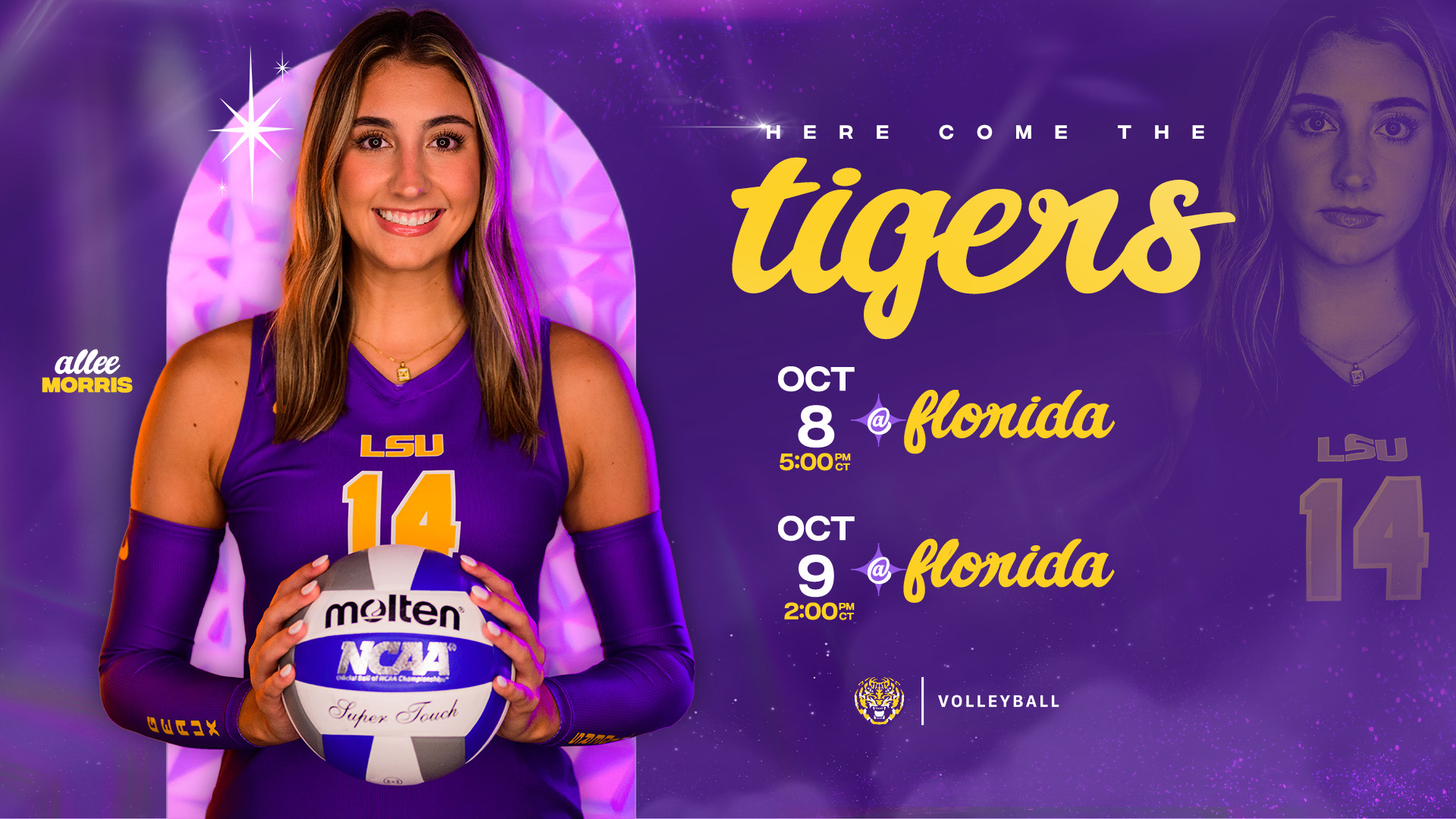 BATON ROUGE, La. – The LSU volleyball team travels to the Sunshine State where they will face No. 15 Florida twice this weekend at Exactech Arena in Gainesville, Fla.

LSU (10-6, 4-2 SEC) has won six of its last eight matches after knocking off Auburn on Wednesday night. The Tigers are hitting .250 on the season behind 13.06 kills per set and 12.16 assists per set. The Tigers’ defense has allowed its opponents a .200 hitting percentage this season and has held teams under a .200 attacking percentage nine times this season. The Fighting Tigers also average 2.06 blocks per set and 14.65 digs per set (No. 4 in SEC) this season.

Outside hitter Sanaa Dotson ranks No. 4 in the SEC with 3.95 kills per set and No. 7 in the conference with 4.39 points per set. Dotson also leads the team with 13 aces. Other top hitters for the LSU Tigers consist of outside hitters Paige Flickinger (2.41 kills/set), Samarah Hill (2.38 kills/set) and Hannah Jacobs (2.32 kills/set).

Middle blocker Anita Anwusi leads the team and ranks No. 8 in the SEC with 1.10 blocks per set (69 total), and No. 6 in the league with 1.25 blocks per set in conference-only matches. Anwusi also has 109 total kills on the year.

Libero Ella Larkin anchors the defense with a league-best 4.32 digs per set (272 total) and has accumulated two 30-plus dig performances this season.

Florida (11-3, 3-1 SEC) also picked up a win Wednesday night as they took down Tennessee in four sets on the road before returning home for two matches where they hold an 8-1 record this season. The Gators are tied for fourth in the SEC with a .265 hitting percentage although they average just 12.47. kills per set. UF does rank second in the league however with 1.83 aces per set. Florida is solid defensively with a .157 opponent hitting percentage (No. 2 in SEC) thanks to 2.60 blocks per set (No. 3 in SEC).

Outside hitter Merritt Beason leads the Gators with 3.43 kills per set and 22 total aces with freshman setter Alexis Stucky as the main distributor with 9.96 assists per set this season. Middle blocker Bre Kelley sits at No. 7 in the SEC with 1.17 blocks per set, while libero Elli McKissock has a team-high 3.62 digs per set (No. 9 in SEC).

LSU trails in the all-time series against Florida 16-49. The Tigers won the last match between the two when they upset the then No. 20 Gators in four sets last season.