The LSU women captured the team title on Friday at the Florida State Cross Country Open in Tallahassee, Fla., while the Tiger men recorded a fifth-place finish at Apalachee Regional Park. 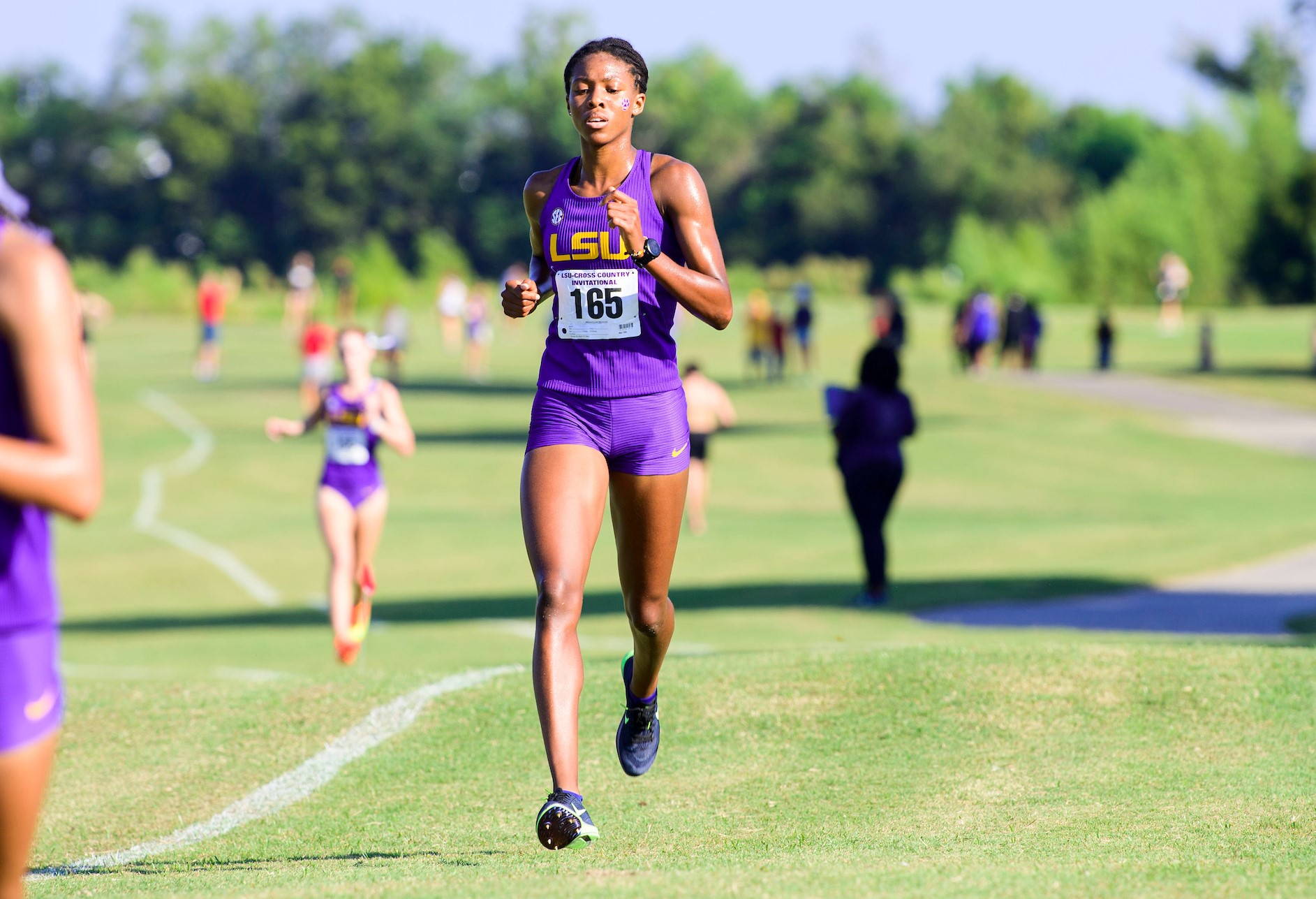 LSU has won all three women’s races in which it has competed this season – the UNO Opener, the LSU Invitational and the Florida State Open.

Michaela Rose led the LSU women’s effort with an individual second-place finish in the 5K race, crossing the line in 17:16.6. The Tigers’ Lorena Rangel finished just behind Rose in third place and was also timed at  17:16.6

“I was really pleased with how we competed today,” said LSU cross country coach Houston Franks. “The women obviously came away with with a good win; they did a good job of staying up towards the front of the race and working together. We had some good performances from Michaela and Lorena; they obviously work together very well in the front.”

“Our freshman, Ella Chesnut, ran fantastic,” Franks said. “I just love the aggressive mentality she has.  Adele Broussard and Sophie Martin are two local Baton Rouge girls that have really been putting in a lot of hard work. It was good to see them put the race together and get some benefit from it, because it’s been coming. It was great to see them reap the rewards of that hard work”

Jackson Martingayle was LSU’s top performer in the men’s 8K race, placing ninth with a time of 24:38.9.

“On the men’s side, I thought we had a solid race, and I would actually go as far as to say it was our best race of the year as a collective group,” Franks explained. “The one thing I do think we’ve got to still work on a little bit is closing out the races better.”

“We were in third place with 1,000 meters to go,” Franks said of the men’s race, “and we lost a couple of spots to end up two points out of third. So, we’ve got to do better at closing the race, but overall I thought the men had a very good day top to bottom and cleaned up some things from the last couple of meets.”