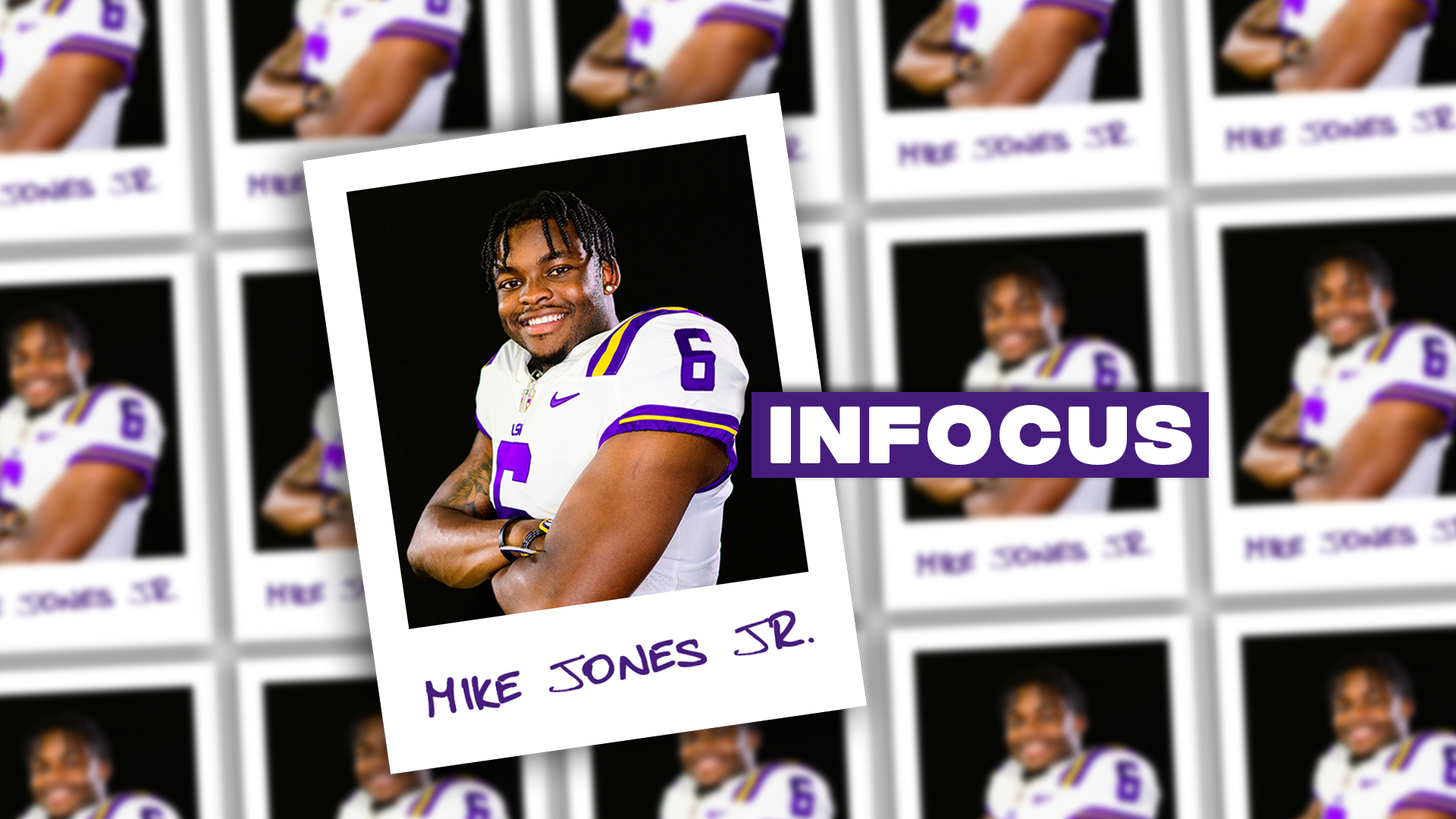 While Mike Jones Jr. was just starting to emerge as one of the nation’s best outside linebackers at Clemson, his dream was always to eventually move to inside linebacker. Clemson’s linebacker room was crowded, and there was no clear path to start in the middle of the defense for him.

Jones’ 2020 season at Clemson had been a breakout year. He appeared in 10 games, starting in seven, and capped the year off with an interception in the Sugar Bowl against No. 3 Ohio State. He was awarded All-ACC Second Team honors with a stat line of 30 tackles, four tackles for loss, four pass breakups, two interceptions and one forced fumble.

To the surprise of many, Jones, a native of Nashville, Tenn., decided to transfer from Clemson following the 2020 season. Shortly after entering his name into the transfer portal, Jones committed to LSU, the team that had defeated Clemson in the CFP National Championship just the season before.

At Clemson, Jones had seen action at outside linebacker, nickel corner and safety while backing up future NFL Top 10 draft pick Isaiah Simmons. The experience gave Jones an expansive knowledge on coverage schemes and made him a more versatile defender, and it gave him the confidence to move to middle linebacker, where he now plays for LSU.

“I believe I can go out and play at a high level anywhere you need me to be on the field, Jones said. “I got a lot more reps playing inside linebacker during our last spring practice, and now that’s my job. Every day I go out on that field, I demand from myself that I’m going to execute to my coach’s level.

“My role is much different than it was at Clemson – playing Mike (middle) linebacker in the SEC, you’re going to be in there with some big, physical guys.”

Jones’ transition to inside linebacker at LSU wasn’t immediate, as he played in a reserve role for the first half of the 2021 season. It wouldn’t be until November, with a trip to Tuscaloosa, Ala., looming, that he would get his first start for the Tigers.

In what is annually the biggest game of the season for LSU, Jones would finally get his chance to start, and he would not disappoint. Jones helped the Tigers hold the Crimson Tide to six rushing yards, the lowest-ever total for an LSU opponent in an SEC game. Jones had five tackles, one sack, and one tackle for loss in the 20-14 loss. Even though the Tigers fell short on the scoreboard, fans got to see a future star breakout in his first start.

Jones didn’t slow down after the Alabama game, finishing the season with 34 tackles, 2.5 tackles for loss, one sack and two pass break-ups.

LSU experienced a coaching change after the 2021 season with the arrival of head coach Brian Kelly from Notre Dame. It was a move that Jones endorses wholeheartedly.

“I think when you look at LSU five, 10 years down the road, there wasn’t a more perfect pick than Coach Kelly,” Jones said. “Seeing the way he carries himself, his expectations, the demands he places upon us – it translates into success.”

Kelly hired Kansas City Chiefs linebackers coach Matt House as LSU’s defensive coordinator. House, who won a Super Bowl ring with the Chiefs in 2019, has developed a strong bond with Jones and his teammates over the past several months.

“I’ve learned a lot from Coach House; I love Coach House, he’s a great dude,” Jones said. “I’m super blessed to be playing for him and getting the opportunity to learn from him. He does everything at such a high level, and it’s exposed me to a level that I’ve never known. He’s taught me a lot about being a leader, and I’m super thankful for him.”

During spring and summer camp, Jones showed out, earning the respect of his teammates and coaches while asserting himself as the starting middle linebacker. Through his hard work and charismatic leadership, he was named one of three defensive team captains, alongside ends Ali Gaye and BJ Ojulari.

Jones sees an LSU defense developing rapidly through each practice and game.

“The biggest difference with our defense this year is that we’re really multiple,” Jones explained. “We’ve got a lot of talent, so we can do a lot of different things and show a lot of different looks. We know Coach House is always going to have a great plan.

Through the first five games of the 2022 season, LSU is in the Top 15 in the nation in scoring defense, allowing just 14.8 points per game. Two weeks ago, the Tigers held New Mexico to a mere two first downs and 88 yards of total offense.

Mike Jones Jr. believes the Tigers’ sincere commitment to excellence in the offseason will continue to benefit the LSU defense as this season progresses.

“I believe the world in our group, and part of that is due to the expectations Coach House puts on us,” he said. “During the spring and summer, we got better every single day. Seeing us continue to battle and maintain the standard of playing LSU defense through a lot of very hot practices, I’ve got big expectations for us. We all know that if we play to the level we’re capable of, we’ll be fine.”