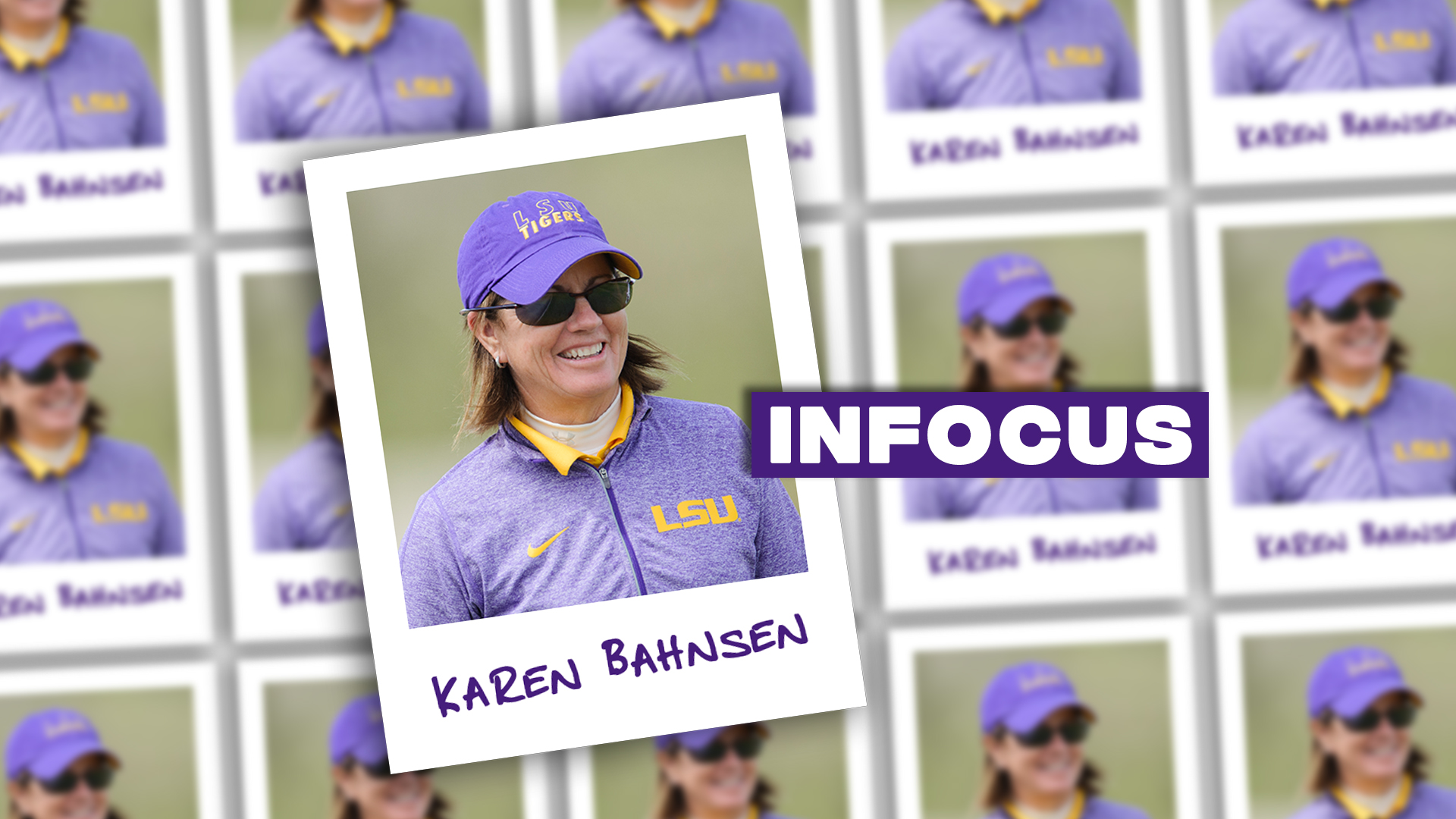 When LSU women’s golf head coach Garrett Runion stood with the SEC championship trophy this past April – the Tigers’ first in 30 years – he was thinking not only about the history his 2022 team was creating, but also the long 40-plus year history of LSU women’s golf.

“The SEC has a slogan, ‘It Just Means More,’” Runion said that day. “It really does, so it makes me think about all the people before that helped us get to this point. We had a lot of former players calling and texting and coming out here. It was a great week that they will never forget. I certainly won’t.”

One of those reminiscing and enjoying seeing her 1992 SEC champions remembered by the 2022 LSU team and the SEC Network telecast was longtime former women’s coach Karen Bahnsen. There was one thought in her mind.

“PRIDE!! Pride in the LSU Women’s Golf Program,” Bahnsen exclaimed. “Pride in this team, Garrett and Alexis (LSU assistant coach and former player Alexis Rather). Pride in the team that I coached in the 1992 Championship and Pride in the contributions that I made to the program that I love so very much!”

A month after the 2022 SEC championships, she was walking the course at the NCAA championships in Scottsdale, Ariz., watching the Tigers with her former star, Jenny Lidback, national player of the year in 1986 and an LPGA Major winner. She saw how much the women’s golf game has continued to evolve.

“The difference I see from when I was coaching is the sheer power these girls have,” said Bahnsen. “They have developed so much with the aid of technology to make their swings better and stronger. They still practice in a very similar way that we did; I just see the power and how far they hit the ball now. Even in the few years that I have been out of coaching it is a big change.”

You can’t talk about LSU women’s golf, and frankly, SEC women’s golf without the mention of Bahnsen. The Mobile, Ala., native didn’t just coach the Tigers for 34 years. You can go back even further. She was the first recruit of the fledgling LSU program out of McGill-Toolen High School.

The numbers speak for themselves of her coaching career from 1984-2018:

That doesn’t include four years as an LSU player that included the program’s first team win and a couple of postseason appearances.

For Bahnsen, the results are important, but there was a bigger picture to her coaching beliefs. So, while wins are among her career highlights, there was more to her LSU golf legacy.

“But what means the most are the relationships that I had with my players over the years. I always wanted to help them be their best selves both on and off the golf course. As in life, I wasn’t always perfect, but I gave LSU and our team my heart and soul and wanted just to be there for my players and be a role model for them. I always said, ‘I want to show them that you can be successful as a woman, as a mother, wife and in your profession.’ It’s not always easy!”

And, as the program is on the verge of its 50th team win, the legacy of LSU women’s golf success that Coach Bahnsen helped to establish will continue to be celebrated.

“That’s why even to this day, the family of LSU women’s golf is very close indeed, celebrating good times and special moments from one generation of golfers to the next,” Bahnsen explained. “That also means daughters of former players coming to LSU.

“I love seeing my former players’ daughters on the LSU team. It shows that they (my former players) had a great experience here at LSU and want their child to have the same opportunities that they had to succeed in life and golf. I feel great that the program is continuing to grow with Garrett and Alexis as the coaches. They too are products of LSU, and I am proud of the LSU legacy I have been a part of and continue to see grow.”