Tigers to Compete at Florida State on Friday Morning

The LSU cross country team on Friday will compete in the Florida State Open at Apalachee Regional Park in Tallahassee, Fla. The event begins at 6:40 a.m. CT with the men’s 8K race, followed by the women’s 5K competition at 7:15 a.m. CT. 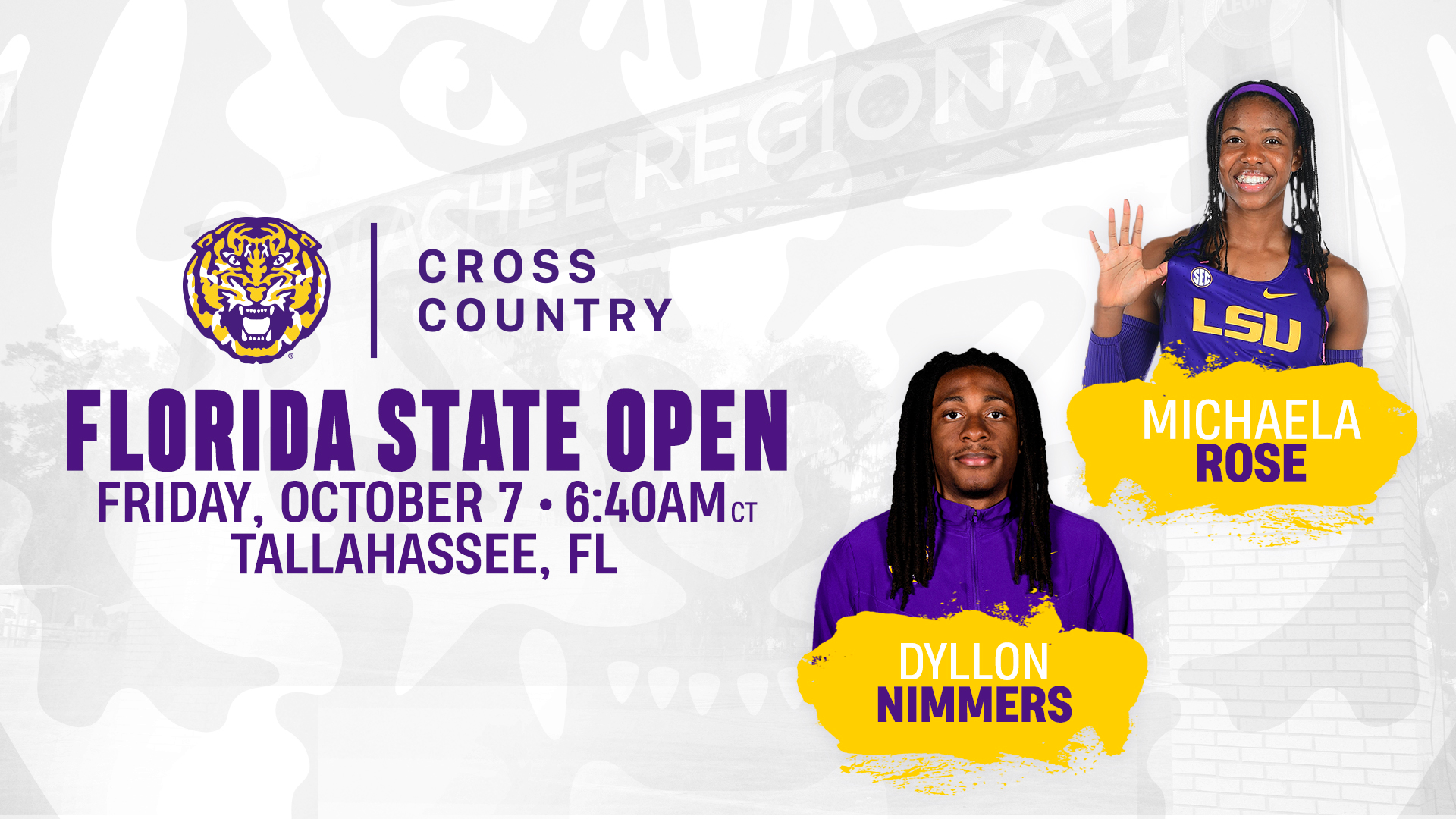 The event begins at 6:40 a.m. CT with the men’s 8K race, followed by the women’s 5K competition at 7:15 a.m. CT. There are over 30 schools participating in the event, and over 300 student-athletes are scheduled to compete in each race.

“We are really excited for the meet this week at Florida State,” said LSU cross country coach Houston Franks. “This is one of the best cross country courses in the country, and they always have great competition at their meets. There are over 30 teams that will be at this meet, so it gives us a great chance to run in a similar- type race that we will face in the NCAA regional championships in November.”

The meet represents the third this fall for LSU, which began the season at the UNO Opener in New Orleans on September 2, when the Tigers won the women’s 4K competition and the Tiger men placed second in their 5K race.

Two weeks ago, the Tigers swept the men’s and women’s team titles at the LSU Invitational at the University Club in Baton Rouge.

“We have had two good meets so far this year,” Franks said, “and we are coming off a couple of good weeks of training, and I think the athletes are chomping at the bit to line up and race again.”

The Tigers’ Lorena Rangel finished first in the LSU Invitational women’s 5K race on September 23 with a time of 17:17.70, and she was named Southeastern Conference Female Runner of the Week.

The Tigers’ Jackson Martingayle was named SEC Male Runner of the Week after winning the LSU Invitational men’s 6K title with a time of 18:09.00. Will Dart finished second for the Tigers, cross the finish line at 18:31.40.