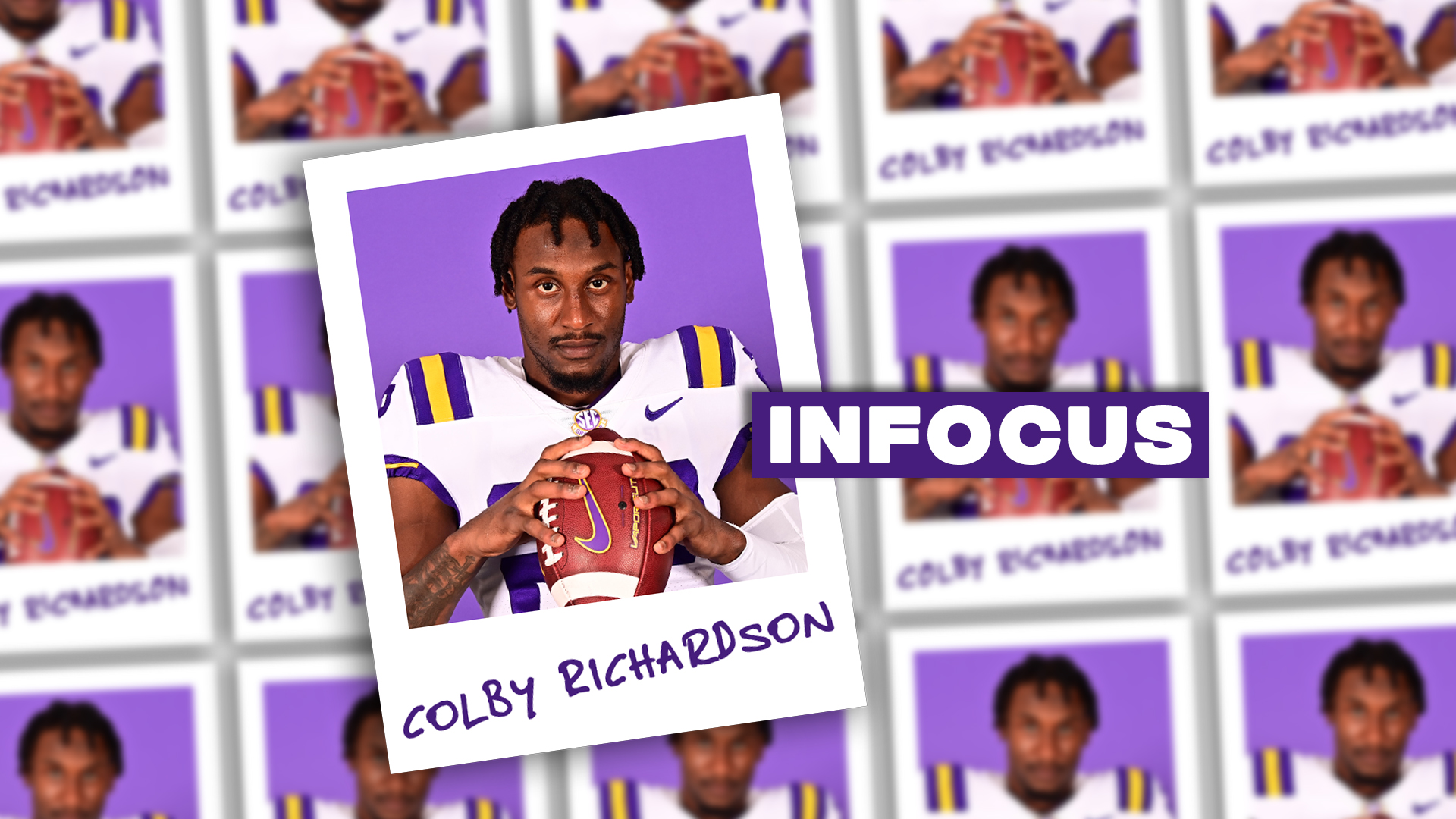 You would be hard-pressed to find another cornerback around the country like Colby Richardson.

Richardson is 24 years old. A sixth-year senior. A native of New Orleans, one of the most talent-rich football cities in America. He played five years at McNeese, an FCS program located in Lake Charles, La., where he started his last two seasons.

Now, he finds himself as a starting cornerback for one of the premier college football teams in the country.

His path was unconventional, but that does not matter now. Not only is he here to stay, he is also loving life as an LSU Tiger.

“It’s been the best experience in my life, especially on a college level, from the school experience to the on-the-field training,” Richardson said when asked about being at LSU. “I love how everyone pushes you to be great here. The love you will get is unmatched.”

Richardson has found his place here at LSU. He raves about his teammates, who he says are the funniest group of guys he has ever been around.

“This team is the best team experience I’ve been a part of, and I been playing this game for 20 years straight,” Richardson said when asked about his fellow players.

“The energy each guy brings to the table is incredible and contagious. I have never had a moment where I wasn’t laughing here. All these guys are comedians in their own way.”

All jokes aside, Richardson’s path to becoming an LSU Tiger was quite unconventional. After finishing his fifth and final season at McNeese, he planned on transferring for a sixth year of playing college football. He had even went as far as committing to another school out west.

Frank Wilson, in his first year back as an LSU assistant coach, was looking for a cornerback to strengthen the roster, as it was apparent that was a position of need for the Tigers. Luckily for Wilson, he knew right where to look. As the former head coach of Richardson at McNeese, Wilson knew that Richardson had what it took to play for LSU.

The major question, however, was this: could Richardson make the jump from FCS to FBS with minimal struggle?

Richardson arrived on campus, as he described, “behind the 8-ball by a long stretch.”

“I only had about two months to prepare for preseason camp, so I just went into grind mode every day,” Richardson explained. “I tried to be consistent with my times on showing up to workouts, asking questions and applying the answers to my life. I never really picked my head up throughout the process to see where I was. I just kept going until I felt complete inside.”

And grind he did. Not only did Richardson impress his coaches on the field, but he put on an incredible 25 pounds of muscle during the two months before camp, much to the delight of the nutritional staff.

“Using the Nutrition Center was my focus when I got to campus,” he said. “I tried to be consistent with every meal. I never missed one. I asked questions on how to get the body type I was looking for and applied it until I saw the results I wanted.”

His hard work has translated to his play on the field. The 25 extra pounds, and his excellent ability to cover receivers has earned him ample playing time this season. He is content with what he has done so far on the field, but he knows he and his teammates have more to accomplish as the season progresses.

Richardson is aware of how special this opportunity is for him. He bet on himself, and it is paying off in the best of ways.

“It has always been my dream to play for LSU,” he said. “Just knowing how long it took to get here, having opportunities throughout my life, living the dream I had as a kid is always going be the best thing that ever could have happened to me. Being able to represent my culture while wearing these colors, it has me feeling so thankful and grateful.”