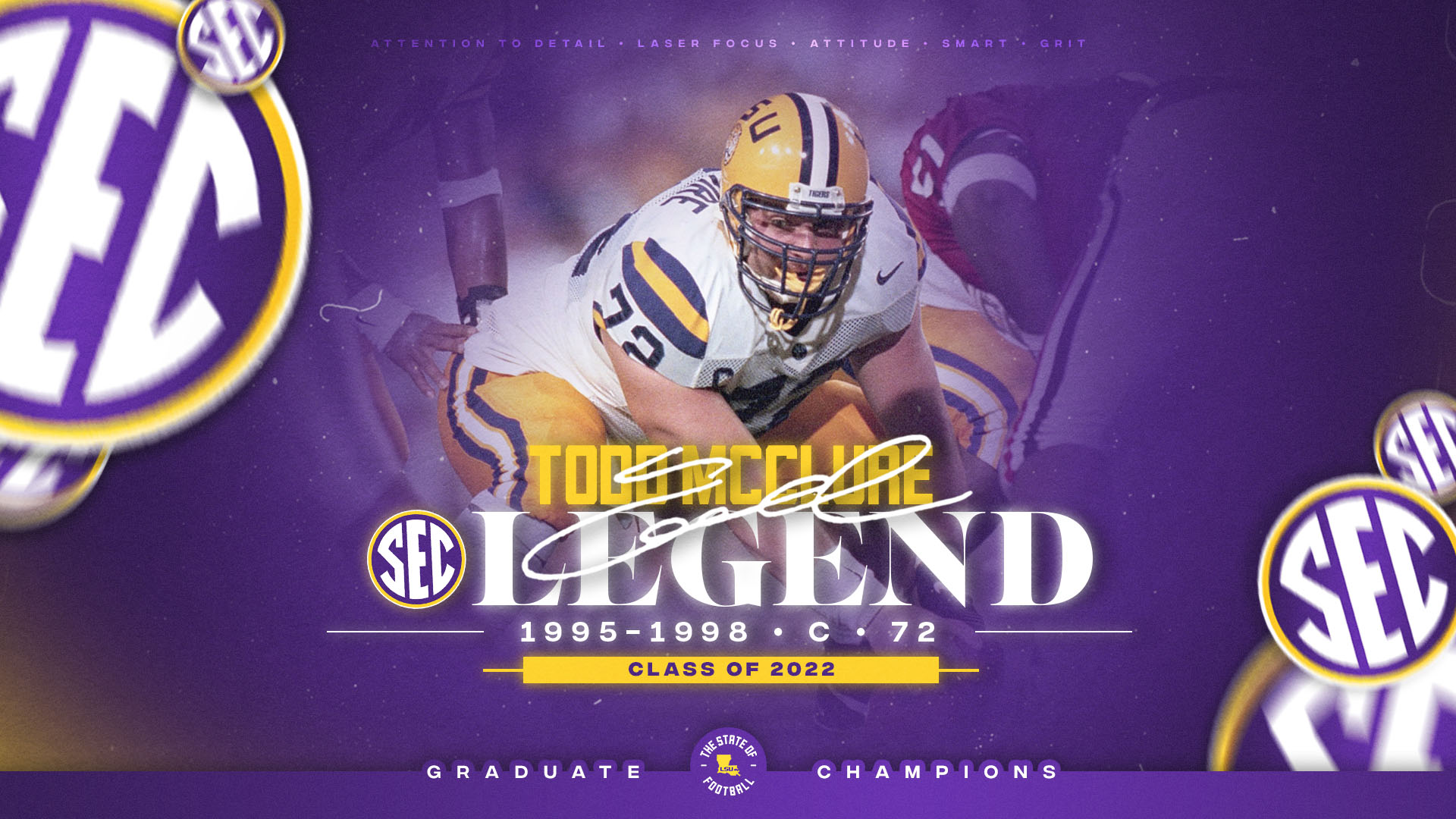 BATON ROUGE – Todd McClure, a four-year starter at center for LSU and a 1998 first team All-America, has been named to the 2022 Southeastern Conference Football Legends Class, the SEC announced on Thursday.

The class will be honored at the 2022 SEC Football “Weekend of Champions” December 2-3 in Atlanta, Ga, highlighted by the annual SEC Legends Celebration presented by T-Mobile on Friday, December 2 at the College Football Hall of Fame in Atlanta.  The group will also be recognized prior to the SEC Football Championship Game, which will be held at Mercedes-Benz Stadium on Saturday, December 3.

A four-year starter at center for the Tigers from 1995-98, McClure earned All-America honors from the American Football Coaches Association as a senior in 1998. He was selected first team All-SEC as both a junior and senior.

He took over as LSU’s starting center midway through his true freshman season in 1995, helping LSU to its first winning record and bowl appearance in seven years.  LSU’s team captain as a senior, McClure played his entire college career blocking for College Football Hall of Famer Kevin Faulk, who holds the school record for career rushing yards with 4,557. With McClure at center, LSU led the SEC in rushing yards in both 1996 and 1997.

McClure, a Baton Rouge native who prepped at Central High School, will be honored on Saturday in Tiger Stadium during LSU’s clash with No. 8 Tennessee.

The 2022 Football Legends Class includes 14 former stars who excelled on the gridiron and helped write the rich history of the sport at their respective institutions.  This year’s class includes All-Americans, All-SEC selections, Academic All-Americans, a Heisman Trophy winner and a Hall of Fame head coach.  The group represents teams that won SEC Championships, won Super Bowl titles and are represented in state, school and college football halls of fame.

Below is a listing and biographies of the 2022 SEC Football Legends: