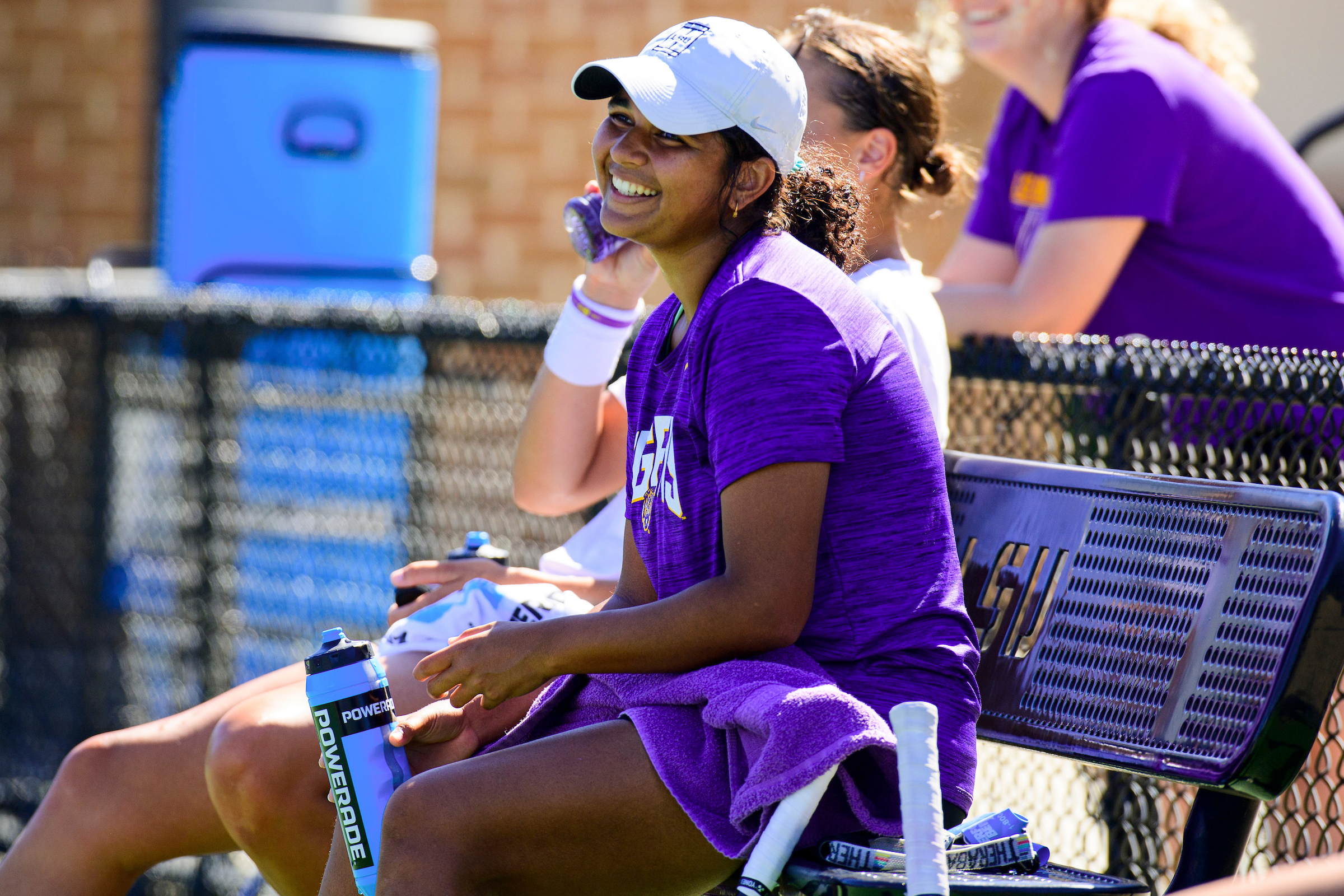 Singles Results
Following a weather delay in the morning, the first round of singles qualifying began. Komar took on No. 89 Kristina Novak from Oklahoma State in her match. Komar took an early lead in the first set and went on to win by a score of 6-3. The second set saw Novak equalize, however, as she narrowly grabbed a 6-4 win to force a decisive third set. The two swapped games back-and-forth until it the scoreline was 6-6 and required a tiebreaker to decide it. Komar edged her opponent by a score of 7-5 secure the match victory and move on to the next round.

In a ranked battle, No. 93 Carrington faced No. 53 Chelsea Kung from Yale. Carrington and Kung battled in the first set, with the score sitting at 5-5 after 10 games. Kung was able to grab two games and win the first set 7-5 before carrying momentum into the second en route to a 6-2 win.

Doubles Results
Two rounds of doubles play were on the schedule. Komar and Vishwase teamed together to face Maryland’s Hannah McColgan and Marta Perez Mur. The Tiger duo were able to edge the Terps by a close margin of 8-6 to grab a spot in the next round.

The No. 59-ranked duo of Kylie Collins and Carrington faced Giulia Morlet and Sedona Gallagher of Arizona State in their first match of the day. The LSU pair maintained control throughout the match and earned a spot in round two after getting an 8-4 win.

The freshman pair of Komar and Vishwase took on Colorado State’s Zara Lennon and Radka Buzkova in the second round of the day. Komar and Vishwase were dominant in the match, only dropping two games as they claimed an emphatic 8-2 win and moved on to tomorrow’s final round of qualifying.

No. 59-ranked Collins and Carrington ended the day with a match against SEC opponents in Florida’s Alicia Dudeney and Bente Spee. The two duos swapped games and played a tight match, but it was the Florida team that narrowly came out on top, 8-6, to advance to the next round.

Up Next
The final day of ITA All-American Championships Qualifying will take place tomorrow. Komar will look to qualify into the main draw of singles and then team with Vishwase to play for a spot in the doubles main draw.