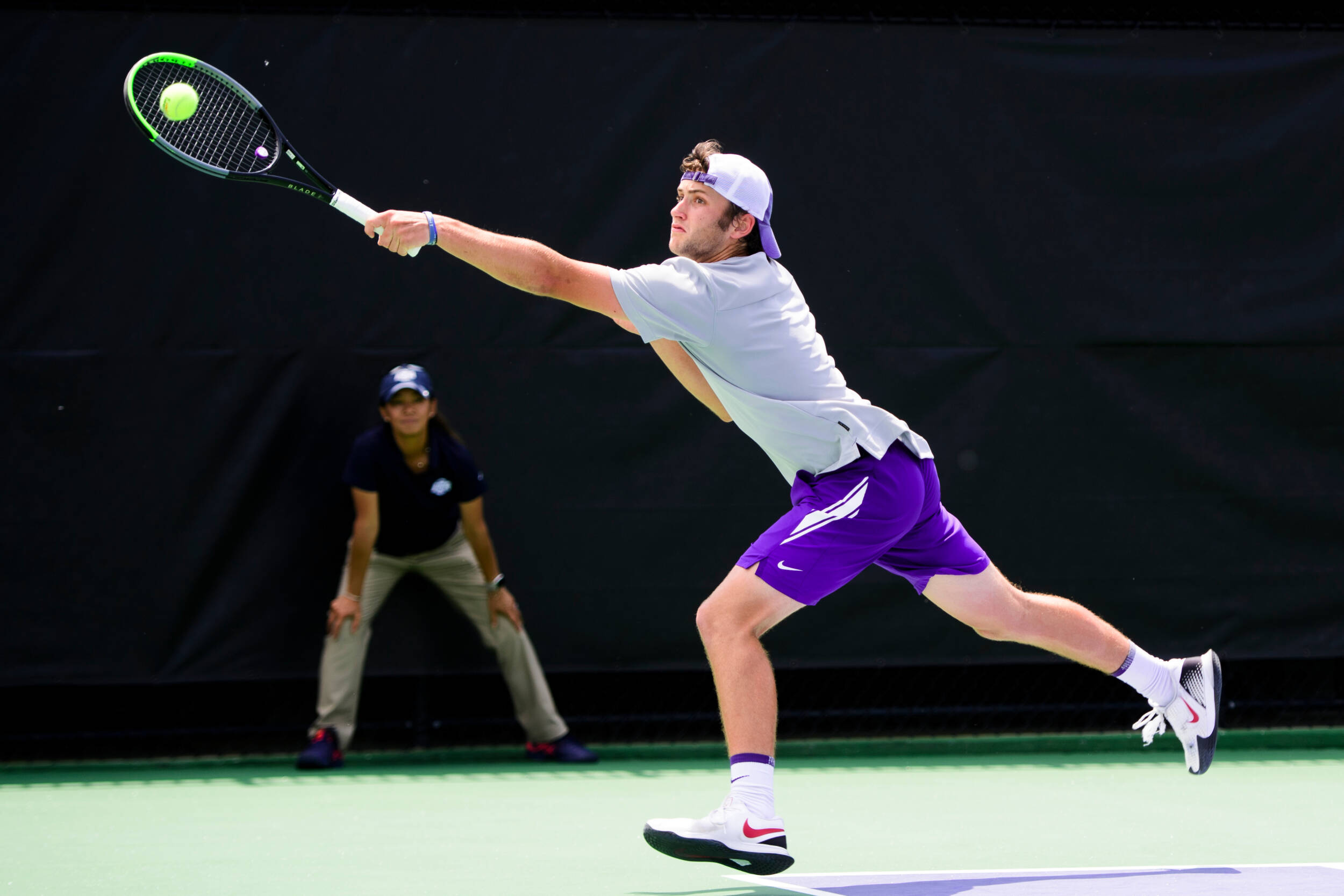 TULSA, Oakla. – The LSU men’s tennis team had two players advance to Round of 128 and one player advance to the Round of 64 on day one of the ITA All-American Championships at the Michael D. Case Center at the University of Tulsa and the Case Tennis Center in LaFortune Park on Saturday.

Seven Tigers took the court for singles action in the round of 256. Chen Dong kicked the tournament off for LSU against Hugo Maia of Virginia Tech. The Tiger fell 4-6, 2-6.

Later in the morning, Benjamin Ambrosio faced Carl Emil Overbeck of Berkeley. Ambrosio fell 3-6 in set one before going on to lose set two, and the match, 3-6.

Stefan Latinovic went against Ryder Jackson of Berkeley on the court. The Tiger lost the match in straight sets 1-6, 4-6.

Welsh Hotard took on Shunya Maruyama of Nebraska. The Tiger fell in set one 3-6 but went on to win the second set 6-1. Maruyama came back in set three to win the match 3-6.

Julien Penzlin went against Christiaan Worst of Liberty for a three set battle. Set one went to Penzin 6-4, but Worst came back in set two for a 1-6 win. Set three was a fight to the finish as the set went to a tie breaker. Penzlin won the match with a 7-6(5) victory.

To end the round of 256, Ben Koch took the court against Tomas Reche of Incarnate Word. Reche won set one 6-0. Koch came back to win the match 6-4, 6-3 in the following two sets.

Two Tigers advanced to the Round of 128. Penzlin faced Matija Matic of Drake. The Tiger won the match in straight sets 6-4, 6-2.

Koch went against Notre Dame’s Sebastian Dominko. Dominko took set one 5-7 before going on to win the match 2-6 in set two.

Penzlin will compete in the round of 64 tomorrow at 10:30 a.m. against Monil Lotlikar of George Mason University.