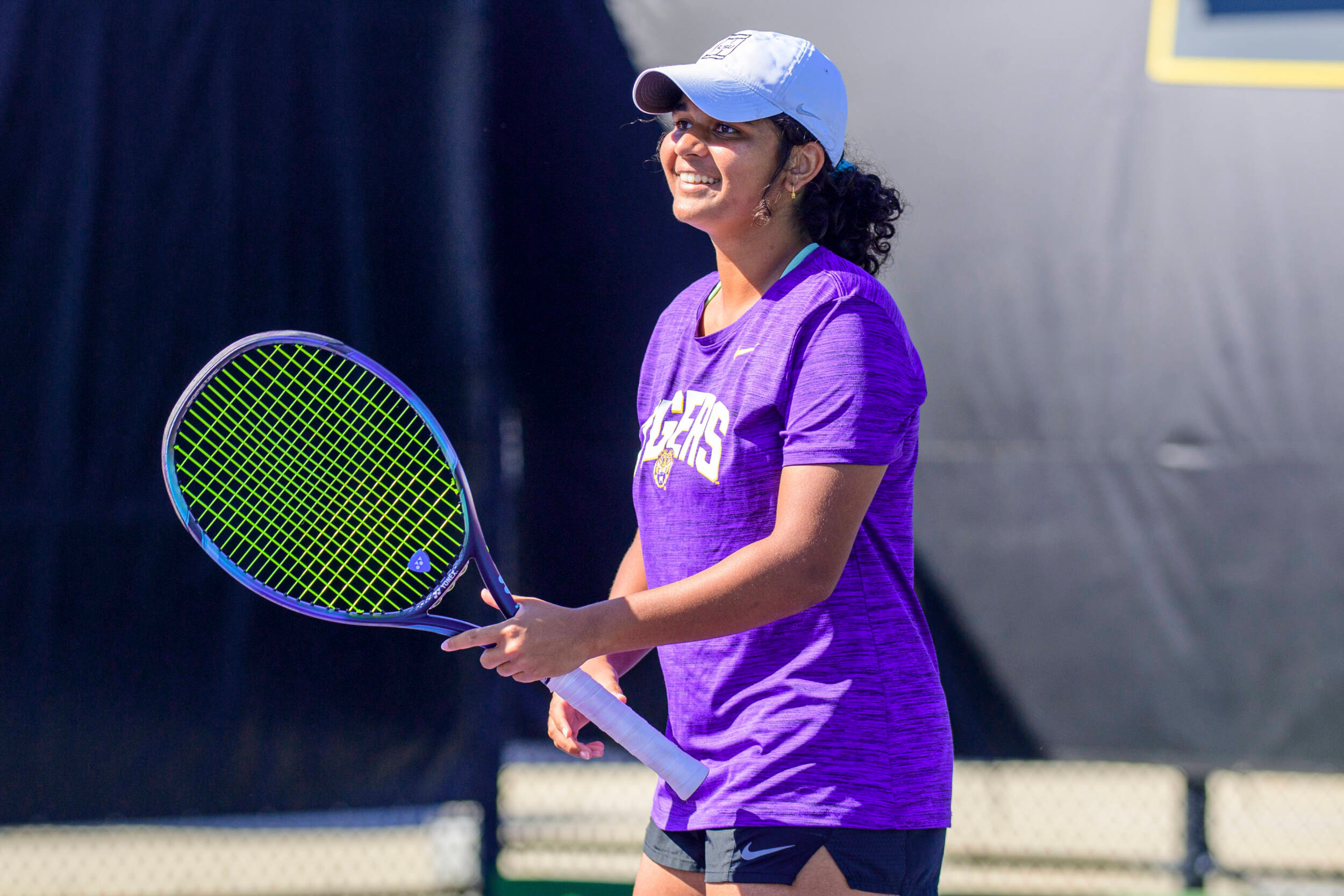 Cary, N.C. – Three members of the LSU women’s tennis team will start their campaign at the 2022 ITA All-American Championships on Saturday, October 1 at the Cary Tennis Park. Senior Safiya Carrington is joined by freshmen Anastasiya Komar and Nikita Vishwase in starting their paths in the pre-qualifying rounds in singles.

Tournament Format
The ITA All-American Championships feature the best players in Division I college tennis. Pre-qualifying will take place on Oct. 1-2 and is followed by Qualifying rounds on Oct. 3-4. Main Draw play is set to start on Wednesday, October 5th and run till Sunday, October 9th.

The three Tigers will look to advance into qualifying in singles play. Komar and Vishwase will also team up together in doubles play and begin their path in pre-qualifying. Results will be posted to lsusports.net once finalized.

Tiger Tidbits
Carrington was one of two Tigers to be ranked in the preseason ITA Singles Rankings as she was placed No. 94. The South Hadley, Massachusetts native is in her fourth season at LSU and has been one of LSU’s top players during that time. She is a two-time member of the All-SEC Second Team and has earned All-Louisiana honors all three years.

In her first weekend of action this season at the Wahoowa Invitational, Komar picked up a team-high two singles wins in three matches. She opened the weekend by grabbing a 6-1, 6-2 straight set win over NC State’s Gina Dittmann on Friday before ending the weekend with her second win on Sunday, a 1-6, 6-4, 11-9 win over Virginia’s Sara Diozato. The Belarus native joined the program in January but missed out on the 2022 spring season following a surgery.

Vishwase will look to grab her first collegiate singles wins in pre-qualifying. A blue-chip recruit and the No. 1 player out of Arizona according to tennisrecruiting.net, Vishwase has ranked as high as No. 10 in her recruiting class.