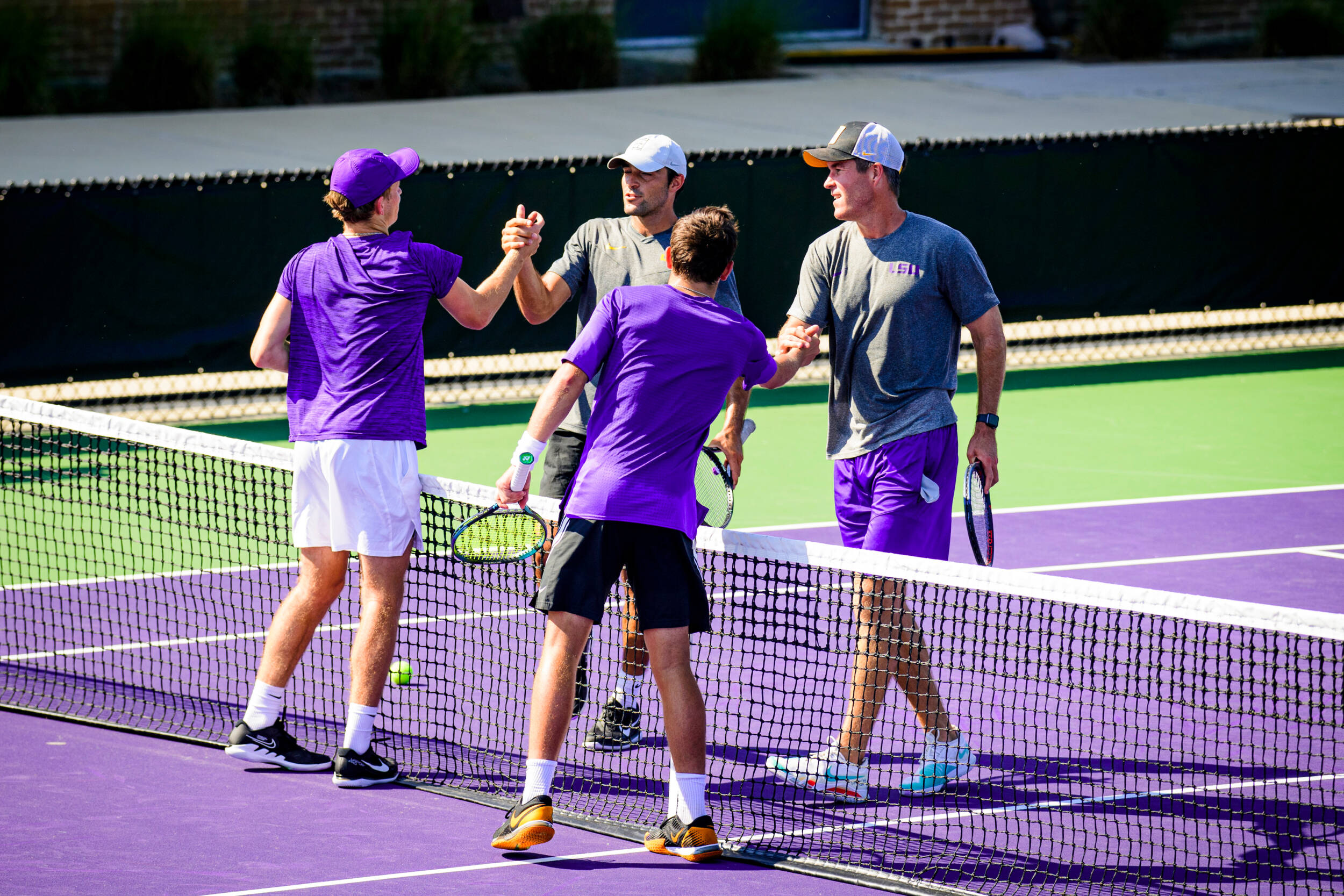 BATON ROUGE, La. – Eight members of the LSU men’s tennis team will compete in the ITA All-American Championships in Tulsa, Okla. October 1-9 at the Michael D. Case Center at the University of Tulsa and the Case Tennis Center in LaFortune Park.

Pair Julien Penzlin and Welsh Hotard, No. 53 in the ITA Preseason Doubles Rankings, will compete in the qualifying doubles draw starting October 3.

Junior Ronnie Hohmann earned a spot in the singles main draw starting on Oct. 5. Hohmann is currently ranked No. 14 in the ITA Preseason Singles Rankings and is a 2022 ITA All-American. This is his second time qualifying for the main draw at the ITA All-American Championships.

Nick Watson and Will Cubitt are currently pre-qualifying singles alternates.

Live stats and video will be available through ITA. Updates will be posted on Twitter, @LSUTennis. For more information about the tournament, visit here.

Tiger Tidbits
The Tigers are coming off a successful run at the Farnsworth invitational. The team went 25-15 in singles play. No. 14 Hohmann went 4-0 on the court. Penzlin went 4-1 while Latinovic, Watson and Dong secured 3-1 records. Koch started the season 2-1.

Sunday, Oct. 2 – Third Round & Qualifying Round Singles, One Round of Consolation

Monday, Oct. 3 – First Round Singles, First & Second Round of Doubles

One round of singles consolation