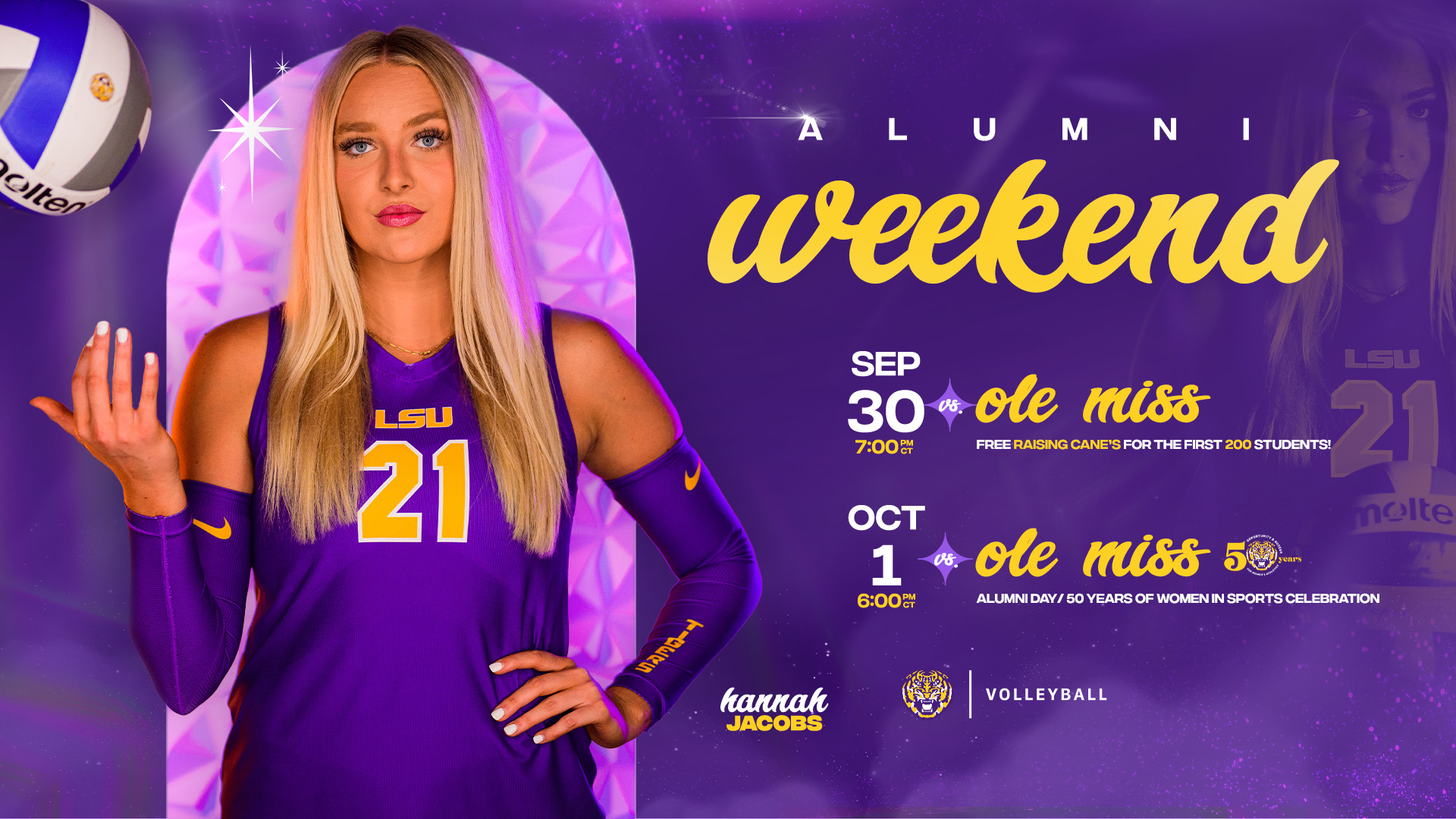 BATON ROUGE, La. – The LSU volleyball team returns to the Pete Maravich Assembly Center for its Alumni Weekend and will play a pair of matches against Ole Miss on September 30 and October 1.

The two-match series will begin at 7 p.m. Friday and will air on SEC Network. The first 200 students in attendance will receive free Canes. The weekend concludes with a 6 p.m. match Saturday on SEC Network+ where the LSU volleyball team will honor its alumni and celebrate 50 years of Title IX.

Libero Ella ranks second in the SEC with 4.25 digs per set (204 total) and middle blockers Anwusi leads the Tigers with 1.08 blocks per set. Anwusi also averages 1.65 kills per set.

Setter Josie Vondran ranks No. 10 in the SEC with 7.30 assists per set and has 38 kills, 23 blocks and nine aces this season. Freshman setter Maddie Waak also contributes with 4.85 assists per set to go along with nine aces.

Outside hitter Anna Bair leads the Rebels with 3.86 kills (166 total) and 13 aces to go along with 26 blocks which includes four solo blocks. Outside hitter Katie Coreli (2.44/set), middle blocker Sasha Ratliff (2.38/set) and outside hitter Vivian Miller (2.28/set) are other top offensive contributors. Ratliff is hitting .324 and paces the team with 1.08 blocks per set. Setter Aly Borellis averages 9.74 assists per set to lead the offense and defensive specialist Cammy Niesen leads the way with 3.33 digs per set.