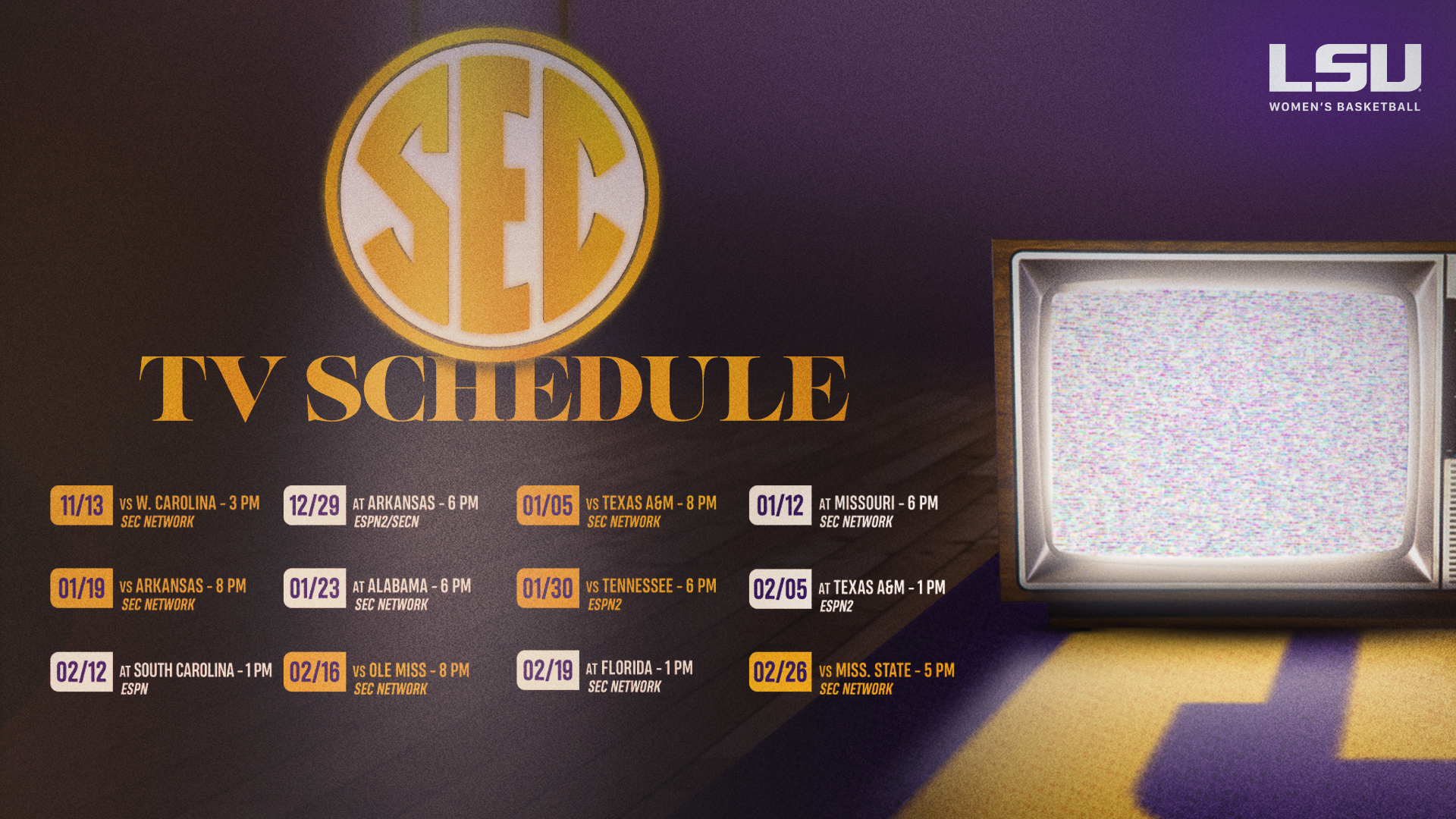 BIRMINGHAM, Ala. – The Southeastern Conference has announced the television schedule for the upcoming women’s basketball season and LSU will be featured 12 times on TV throughout the season.

All of LSU’s non-televised home and SEC games will be available to stream online via SEC Network +, including LSU’s two exhibition games.

Season tickets for Kim Mulkey’s second year leading the Tigers are still available and fans are encouraged to join the Fast Break Club, the official booster club of LSU Women’s Basketball, to support the Tigers on and off the court.

LSU’s full schedule for the season can be found here with times for every game.