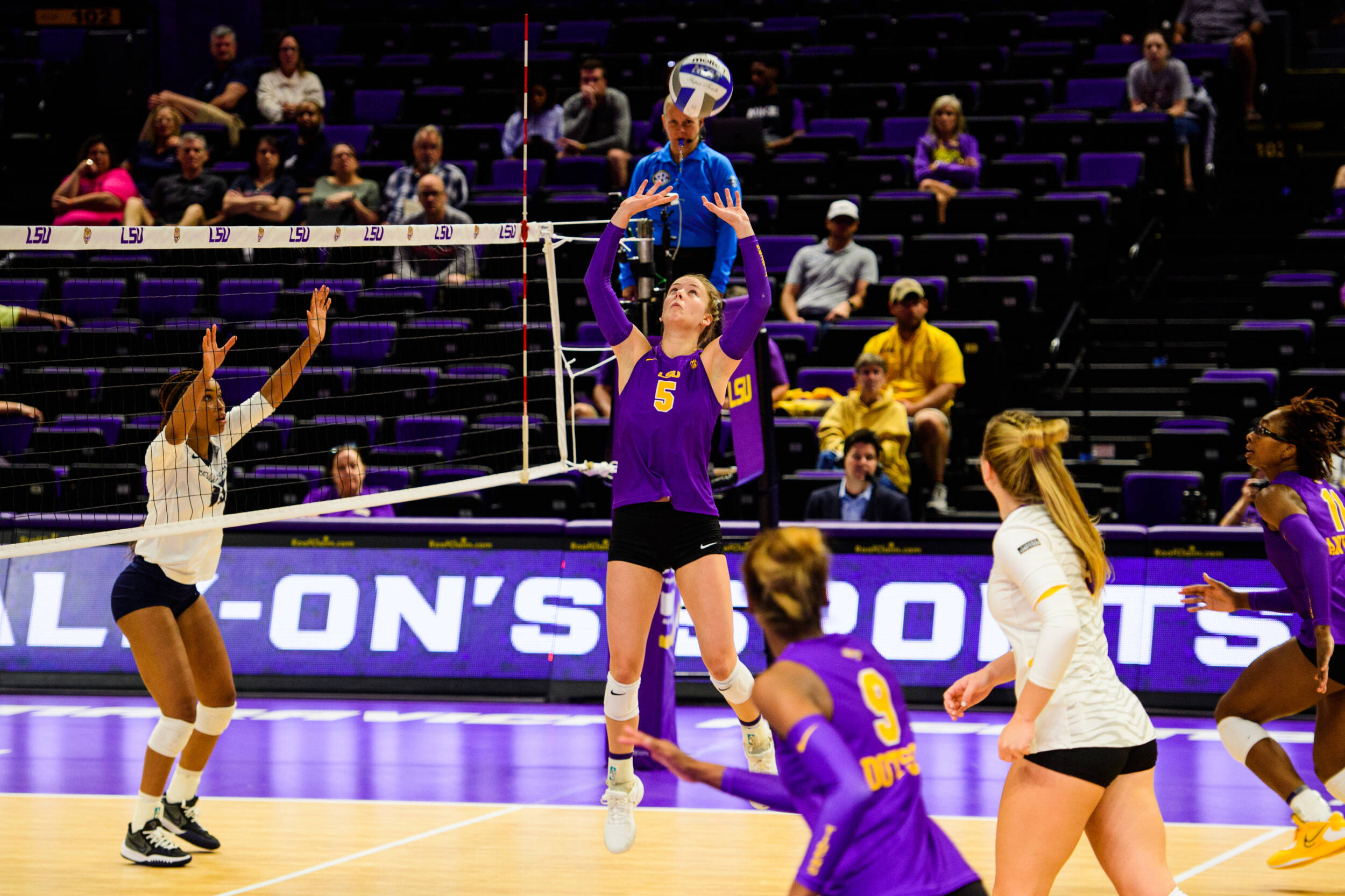 “I thought we were prepared to play, especially in the first and second set,” said head coach Tonya Johnson. “They [Kentucky] jumped on us in the first set and we had to fight to work our way back into it. I thought we came out fighting in set two, but I was disappointed in how we played set three. I thought we lost our fight and our energy, and we did not execute at a high level. I do not want today’s match to take away from the fact that this team had a great week. We learned a lot about ourselves, and we know we have lots that we can do to get better. We are excited to get back in the gym Tuesday.”

Sunday was the first time this season a Tiger did not register 10 or more kills. Outside hitter Sanaa Dotson and right side Hannah Jacobs led the team with eight kills apiece, while Middle blocker Anita Anwusi and outside hitter Paige Flickinger followed with seven kills each. Setters Josie Vondran and Maddie Waak finished the match with 19 and 11 assists, respectively.

LSU will begin a three-match homestand with its Alumni Weekend Sept. 30-Oct 1 where they will host a two-match series against Ole Miss at the Pete Maravich Assembly Center.