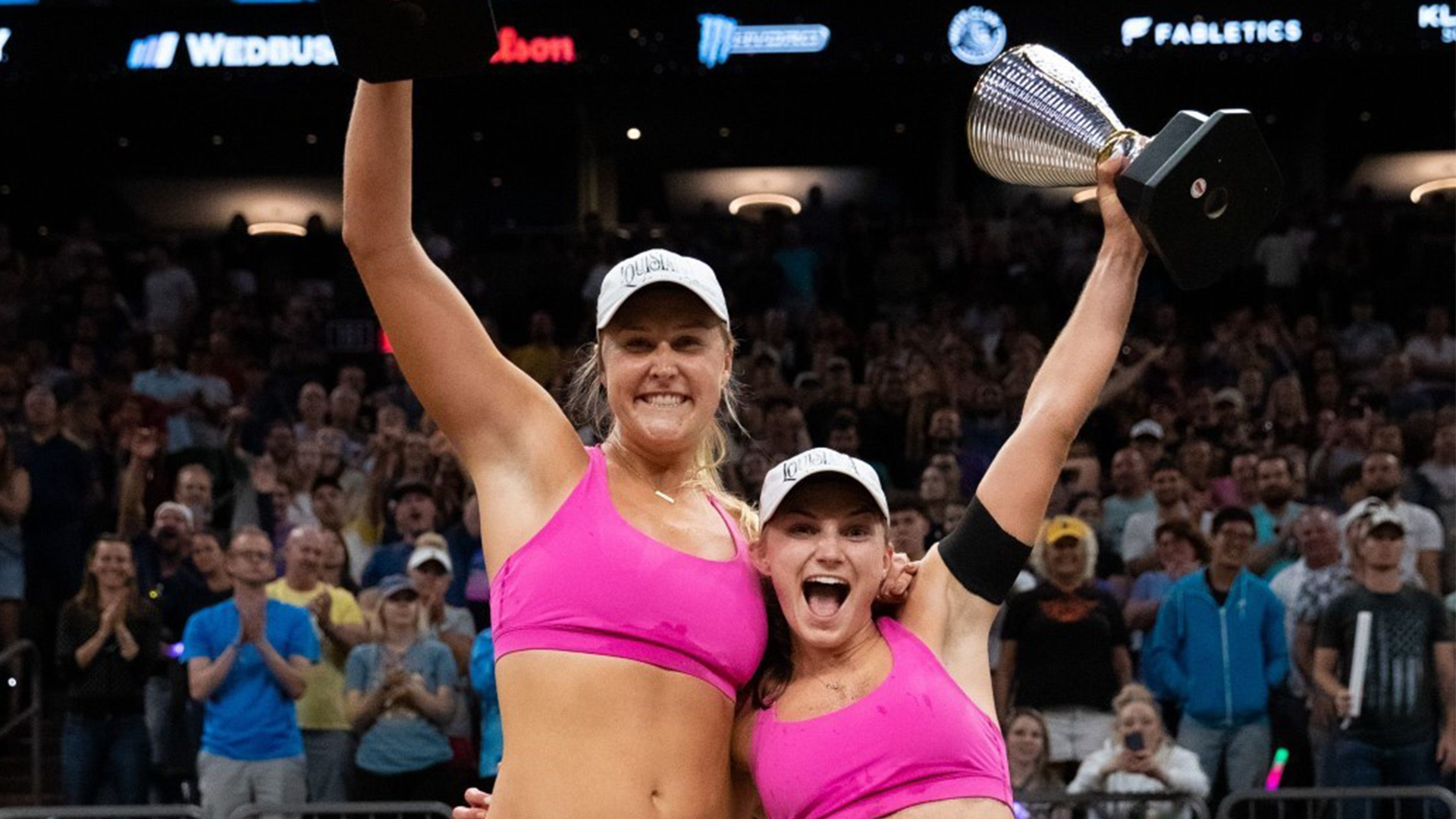 PHOENIX, Ariz. – Former LSU Beach Volleyball standouts Kristen Nuss and Taryn Kloth proved they are without a doubt the top women’s team on the AVP Tour this season, claiming their third tournament victory of the season Saturday at the Phoenix Championships, the premier event of the AVP season.

Nuss had all the shots in her bag working, tooling Cheng and Flint to the tune of 20 kills and 17 digs while hitting over .400. Kloth was a brick wall at the net with 5 blocks as well as nine kills.

The AVP Phoenix Championships ran Friday and Saturday and featured six men’s and six women’s teams competing for a $100,000 purse and the right to be named AVP’s 2022 champions.