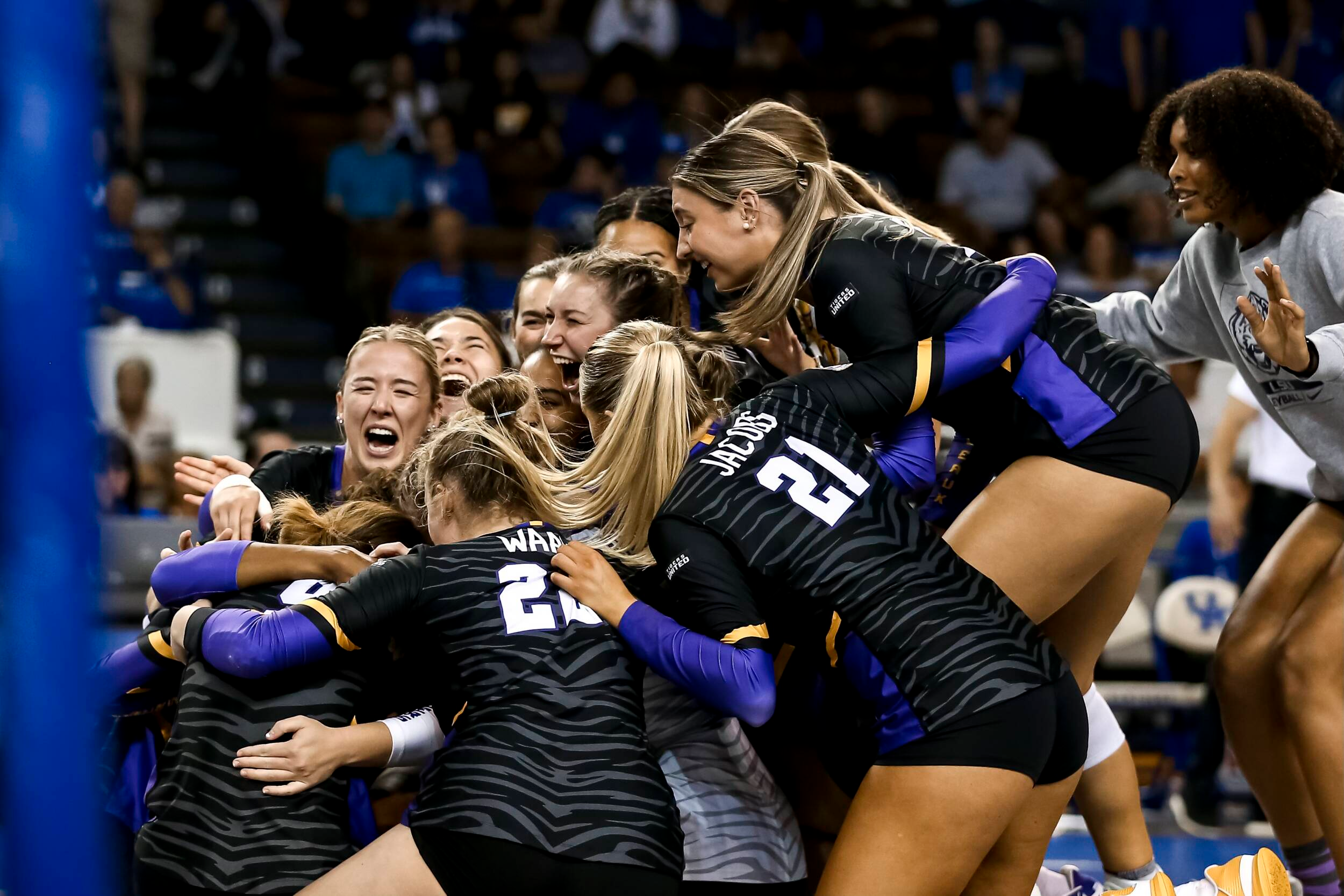 The win marks the first road victory over a nationally ranked opponent for the Tigers since defeating No. 12 Kentucky in five sets on October 19, 2014.

It is also the first time the Tigers have defeated nationally ranked opponents in consecutive matches since 1992 when they defeated No. 23 Houston on November 15, 1992, and then No. 17 Kentucky on November 20, 1992. Both results were sweeps for LSU.

“This is a huge win for us on the road,” said head coach Tonya Johnson. “Obviously it’s always tough to play on the road and Kentucky is a good team and ranked 15th in the country and knowing that I thought our kids responded. In the first set I do not think we came out focused and ready to go and they took it to us. But from the second set on I felt our kids did a great job taking control of the match and took care of the ball on our side of the net. I could not be prouder of this group of young ladies today.”

“We have been talking about hitting efficiency in terms of our shot selection, what the sets are giving us and just making better choices,” Johnson said. “I thought tonight all of our hitters, our pins and middles did a great job of using the block, tooling the block and keeping the ball in play when we were not in a position to put it away. We hit smart shots tonight. And kudos to our setters. They ran a heck of an offense and did what we asked them to do from a scout perspective and was able to execute.”

Outside hitter Sanaa Dotson turned in her second consecutive match with 20 kills and hit .432 in the match. Dotson also added nine digs and had one ace. Outside hitter Paige Flickinger dropped her second consecutive double-double with 14 kills and 14 digs. Flickinger had a .312 hitting percentage and had three blocks, including two solo blocks and one ace. Right side Hannah Jacobs finished with 13 kills behind a .423 hitting percentage to round out the top hitters.

Setter Josie Vondran handed out 30 assists and had a career-high six blocks, while setter Maddie Waak contributed 20 assists in the win.

Middle blocker Anita Anwusi led the Tigers with eight blocks and chipped in five kills, and libero Ella Larkin dug a team-high 17 digs to go along with five assists.

LSU and Kentucky will conclude the weekend series with an 11 a.m. CT match Sunday.