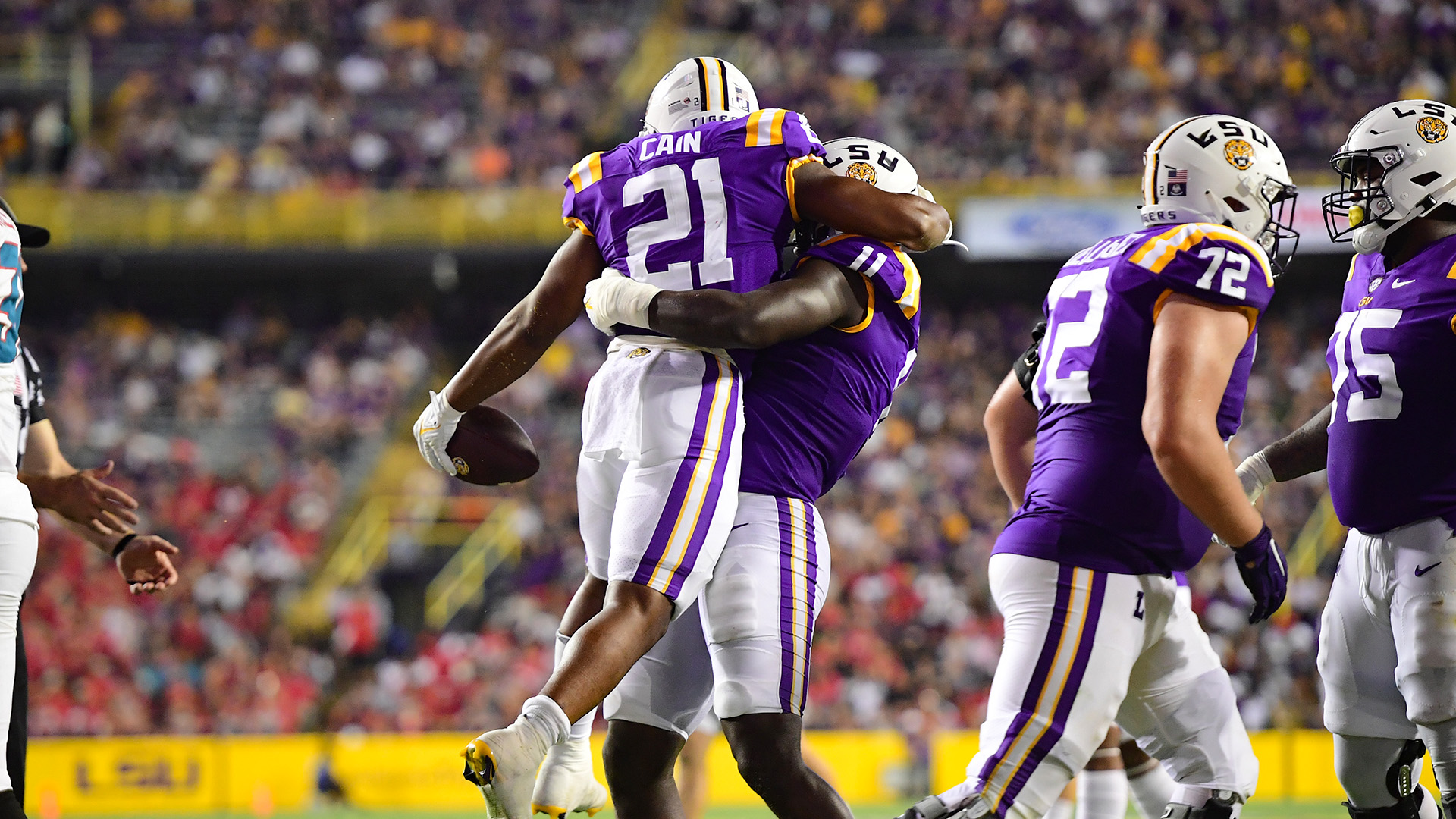 LSU improved to 3-1 with the victory, while the Lobos dropped to 2-2 on the year. The Tigers return to action next Saturday for their first road test against Auburn at 6:00 p.m. CT on ESPN.

Sophomore wide receiver Malik Nabers caught a team-high six passes for 65 yards as the Tigers posted 633 yards of total offense, while the LSU defense limited the Lobos to 88 yards from scrimmage.

New Mexico won the coin toss and elected to receive, putting LSU’s defense on the field first. The Tigers forced a three-and-out after senior cornerback Jarrick Bernard-Converse forced a stop on third down with an impressive open-field tackle a yard short of the marker. Jack Bech was back to return the punt for the first time this season.

On the first offensive possession of the game, the Tigers moved down the field with ease as Daniels went 4-for-4 through the air. Sophomore running back Armoni Goodwin punched in a 5-yard touchdown run, capping off a 57-yard opening drive on eight plays that spanned 2:49.

Daniels found redshirt freshman receiver Chris Hilton over the middle of the field for a 51-yard completion, Daniels’ longest completion of the season. On 3rd-and-6, Daniels threw his first incompletion of the game, forcing the Tigers to kick a field goal. Damian Ramos’ 31-yard attempt was good.

On the next possession, Daniels scrambled for a 23-yard pickup to get the Tigers to the Lobos’ 23-yard line. On 3rd-and-4, Daniels was stopped before the line to gain, but was hit out of bounds late to draw a penalty and extend the drive. However, an offensive pass interference call and a sack moved LSU back to the 32-yard line. Ramos’ 38-yard attempt was no good.

The Lobos’ first explosive play of the game came from a 38-yard completion from Kendrick to wide receiver Jaden Hullaby to the LSU 42-yard line, but New Mexico was not able to take advantage and was forced to punt after an Ali Gaye tackle for loss and an incompletion.

Goodwin extended the LSU lead to 17-0 before the half after a 1-yard touchdown score. Daniels looked poised in the pocket converting a few third down pickups through the air, adding to an impressive 18-for-21 for 224 yards passing. The Tigers went into the locker room up 17-0.

On 4th-and-4 with 7:41 to go in the third quarter, Daniels ran for a 16-yard pickup to the Lobos’ 29-yard line to move the chains. Nussmeier entered the game for the Tigers on the next play after Daniels went to the medical tent with an injury.

Noah Cain extended the Tigers’ lead to 24-0 with a 1-yard touchdown run.

The Baton Rouge native wasn’t finished. Cain took a 49-yard rush the distance on the next offensive possession to extend LSU’s lead to 31-0, giving him 63 yards on four carries.

Brian Thomas Jr. caught a screen pass from Nussmeier and took at 57 yards for a touchdown, giving the Tigers a 38-0 lead with 13:14 remaining in the contest.

This was LSU’s first shutout since September 8, 2018, when the Tigers defeated Southeastern, 31-0.