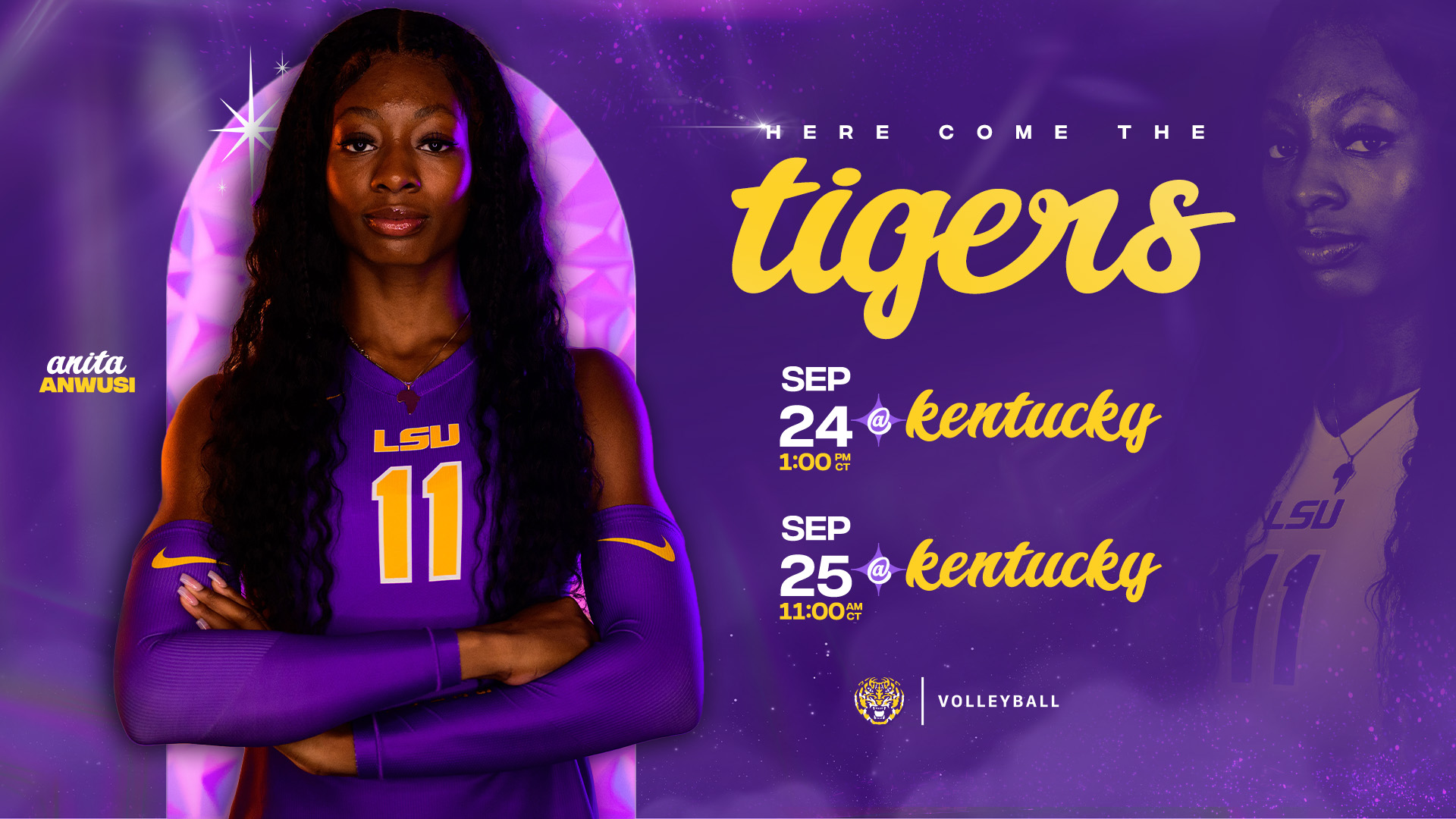 BATON ROUGE, La. – The LSU volleyball team is set for its second and third consecutive Top 25 matchup as they take on No. 15 Kentucky in a two-match series Sept. 24-25 at the Memorial Coliseum in Lexington, Ky.

The Tigers are on a three-match winning streak and are coming off a thrilling five-set victory over No. 20 Arkansas to begin league play. LSU is averaging 13.50 kills per set behind a .244 hitting percentage this season. Defensively, LSU are holding its opponents to a .176 hitting percentage (No. 4 in SEC) thanks to 2.13 blocks and 15.50 digs per set (No. 3 in digs). The Tigers have held their opponents below a .200 attacking percentage eight times this season and has done so four times in a five-match stretch.

Dotson is the Tigers top offensive threat and ranks No. 2 in the SEC with 4.18 kills per set (167 total) and No. 5 with 4.73 points per set. Dotson, who is this week’s SEC Offensive Player of the Week, has 11 aces, 19 blocks and 2.35 digs per set. Outside hitter Paige Flickinger follows with 2.59 kills per set and has nine total aces, while right side Hannah Jacobs is behind her with 2.53 kills per set (101 total) and has 27 blocks this season.

Setter Josie Vondran ranks No. 10 in the SEC with 7.56 assists per set and has 31 kills, 16 blocks and nine aces this season. Freshman setter Maddie Waak also distributes the ball and has 5.10 assists per set to go along with nine aces.

Kentucky enters its SEC opener on a two-match losing streak after dropping a five-set match against in-state rival No. 2 Louisville and being swept by No. 3 Nebraska last week. The Wildcats leads the SEC and is ranked No. 3 in the country with a .304 hitting percentage. UK also paces the conference with 14.56 kills per set (No. 3 in NCAA) and its 13.22 assists per set sits No. 2 in the league (No. 7 in NCAA). Defensively, the Wildcats are averaging 2.03 blocks per set, 14.12 digs per set and give up a .219 hitting percentage to their opponents.

Opposite hitter Reagan Rutherford leads the Wildcats with 3.66 kills per set (No. 9 in SEC), hitting .335 and has 26 total blocks to go along with a team-high 15 aces. Outside hitter Adanna Rollins follows with 3.44 kills per set and 11 aces while digging 2.38 balls per set. Setter Emma Grove paces the SEC with 11.19 assists per set, a mark that ranks No. 4 in NCAA Division I volleyball. Libero Eleanor Beavin ranks second in the league with 4.09 digs per set.

The Tigers are down in the all-time series versus Kentucky 24-46.