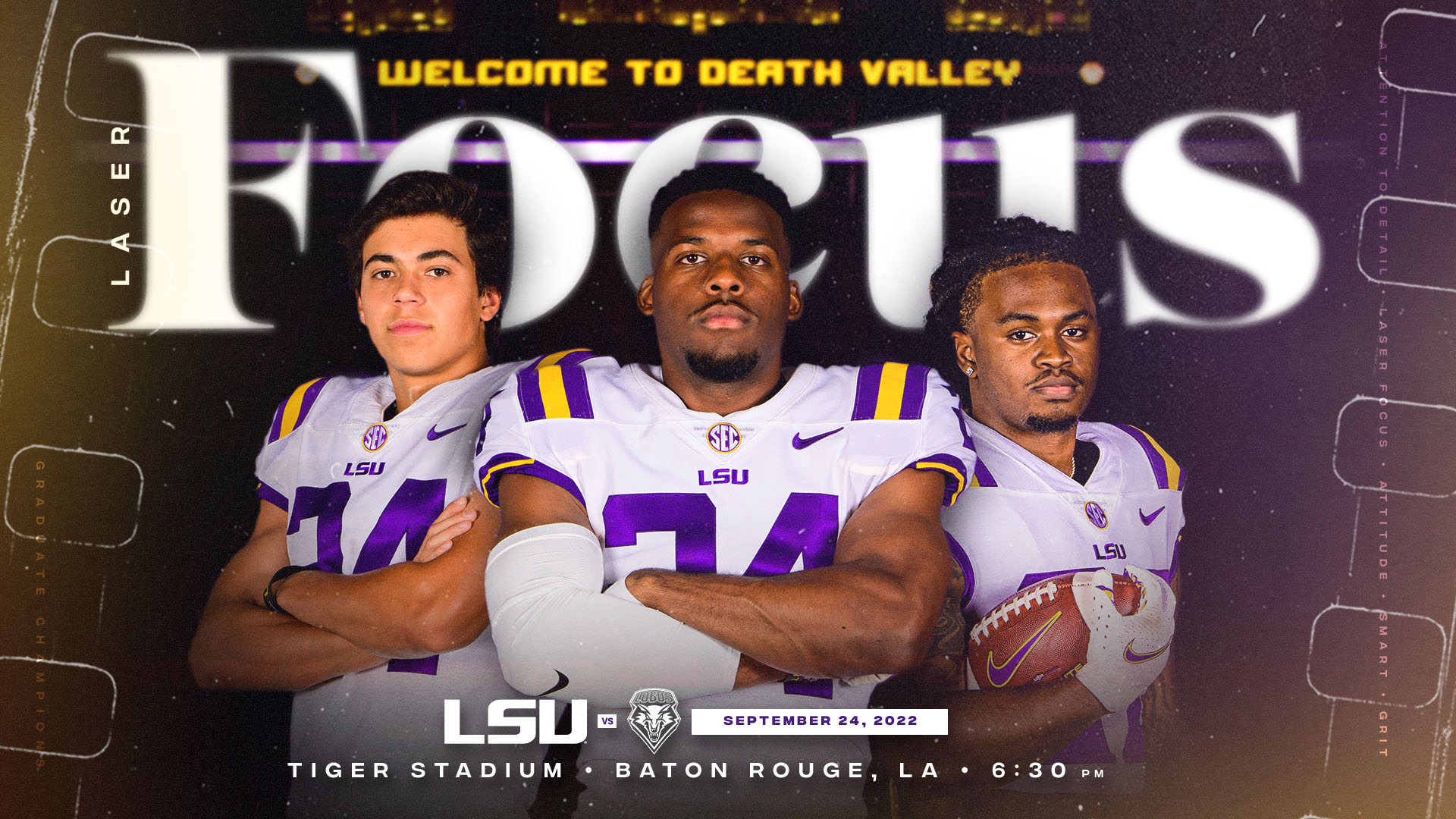 LSU (2-1) looks to keep the momentum going at home for the third straight week as they play host to New Mexico (2-1) on Saturday night in Tiger Stadium.

Kickoff is set for 6:32 p.m. on SEC Network+ and the LSU Sports Radio Network.

It will be the first ever meeting between the Tigers and Lobos, marking the second time in three weeks LSU has played an opponent for the first time in history.

Riding a two-game winning streak after defeating SEC West foe Mississippi State to open conference play, head coach Brian Kelly wants to use the victory has a springboard. There’s no settling in sight, just laser focus, attention to detail and consistency in preparation with the intent to build on the success of last weekend.

“Now we have to look toward persistence and consistency,” Kelly said. “That means coming back after a good win and putting together a complete performance. Our expectations and standards are that we have a great week of preparation.”

Malik Nabers has personified perseverance since Week 1. The sophomore receiver couldn’t be stopped in the Tigers’ second half comeback with six receptions for 76 yards, including a key 4th-and-3 conversion to help Daniels and the offense extend the lead with a late touchdown.

“He’s been able to focus, refocus and move on to the next play,” Kelly said of Nabers. “That’s a great quality to have. You’re going to have some adversity – he’s had it, dealt with it, and he’s stronger for it. He’s been really good.”

Kayshon Boutte will not be with the team this weekend, Kelly announced, following the birth of his son on Thursday night.

Jay Ward earned SEC Defensive Player of the Week after recording a team-high 11 tackles, 1.5 for loss, with one pass breakup and one interception. BJ Ojulari earned Defensive Lineman of the Week against the Bulldogs, tallying 2.5 tackles for loss, two QB hurries and 1.5 sacks.

“Moving Jay (Ward) down has obviously benefited us greatly,” Kelly said. “Greg (Brooks) going back to the safety position added a communication level that’s benefited us. We’re mixing things up. Schematically, we’re where we need to be.”

That Defense Was Nasty pic.twitter.com/mGDeQAYpnb

Quarterback Jayden Daniels showed a ton of grit in the second half against Mississippi State, finishing 22-for-37 for 210 yards passing with one touchdown, also recording 100 yards and two touchdowns with his legs.

He made big plays when they needed them the most, leading the offense to score 21 unanswered points in the fourth quarter to seal a big victory.

“I love coaching somebody that is open to the dialogue during the game,” Kelly said. “You can have conversations with him during the game and he can make the corrections. Some can’t.”

Through four weeks, these Tigers have proven they will fight all the way. Playing your best when adversity knocks is a good quality to have.

“There’s one thing I know about this group for certain: they’re fighters,” Kelly said.