LSU is No. 1 in the 2022 Collegiate Baseball magazine recruiting ranking released Friday, as the Tigers have a star-studded class that features 21 newcomers who have joined the program this fall. 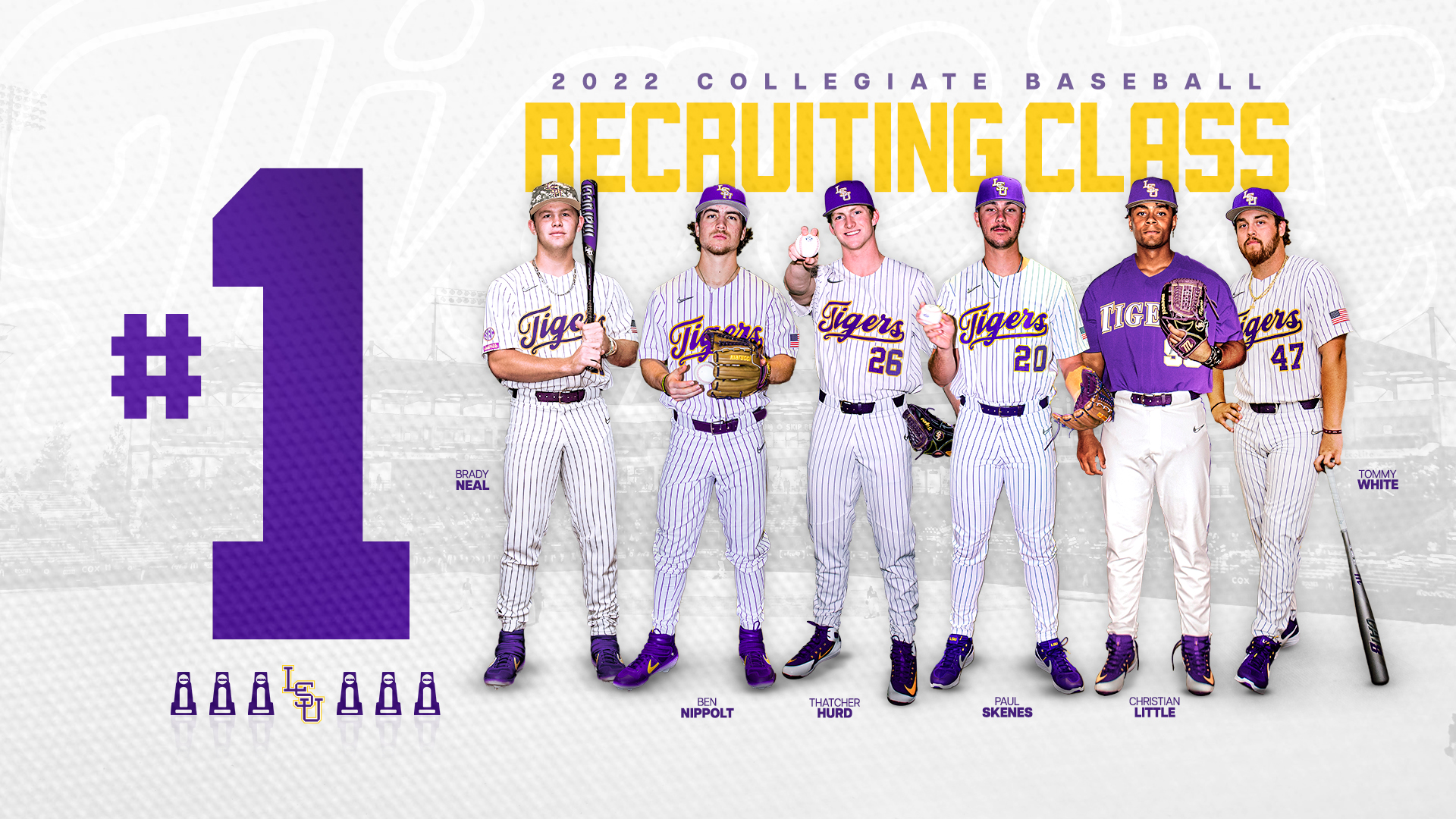 BATON ROUGE, La. — LSU is No. 1 in the 2022 Collegiate Baseball magazine recruiting ranking released Friday, as the Tigers have a star-studded class that features 21 newcomers who have joined the program this fall.

The top ranking is the second this month for the 2022 class, which was also rated No. 1 by Baseball America magazine on September 19.

Friday’s ranking marks the first Collegiate Baseball recruiting title for LSU coach Jay Johnson.  He previously helped land the second-best recruiting class in the nation in 2010 when he was the associate head coach at the University of San Diego and the third-best class as the head coach at Arizona in 2018.

“I am really excited about this class,” Johnson said. “This is the best recruiting class I have been a part of in my coaching career. Our coaching staff did a great job as we went after high school players who would be foundational pieces of our team for the future.

“We also went after players who were available in the transfer portal that would make an immediate impact. We had great success there as well. We have a nice blend of position players and pitchers. We also were looking for players with great character, which will help build team chemistry and allow us to compete for a national title. We got that with the players we brought in.”

This is the 40th consecutive year Collegiate Baseball has evaluated NCAA Division I recruiting classes. Athletes who initially signed letters of intent with a school but then signed a pro contract after being drafted do not count in the overall evaluation; only athletes who came to school this fall are factored in.

The entire Top 50 Collegiate Baseball recruiting ranking may be found at www.baseballnews.com.

The LSU Tigers played ball Tuesday night with kids at the Miracle League in Baton Rouge. The league gives special needs children the opportunity to play baseball as part of a team.
Skip Bertman to Hold Book Signing on Tuesday Night