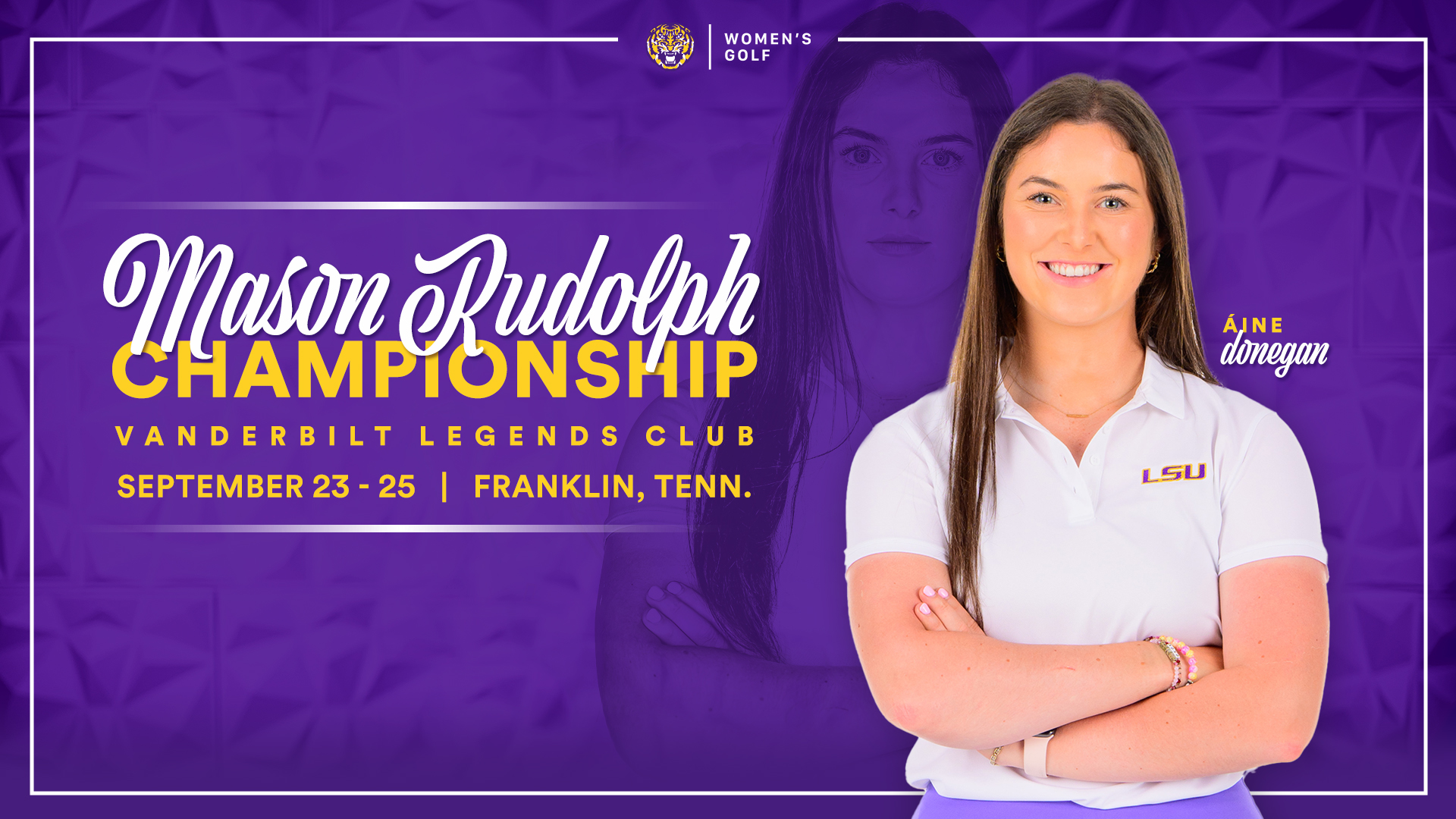 BATON ROUGE – Coming off a strong winning performance in New Orleans to open the season, the No. 5 ranked LSU women’s golf team is back in action starting Friday at the Mason Rudolph Invitational at the Vanderbilt Legends Club in Franklin, Tennessee.

The three-day event will mark LSU’s first return to the event since the fall of 2018 when LSU finished sixth in a field of 15 in a rain-shortened 36-hole event.

LSU Coach Garrett Runion will bring back four of the players from the winning team squad at the Green Wave Fall Intercollegiate a couple of weeks ago at Bayou Oaks at City Park – Latanna Stone, Carla Tejedo, Alden Wallace and Aine Donegan.

The event will mark the 2022-23 season debut of the world’s No. ranked women’s amateur, Ingrid Lindblad, who had a busy summer that was wrapped up just a few weeks ago when she helped lead her Swedish team to the gold medal at the World Amateur Team Championships in Paris. Lindblad won five times as a junior, including the SEC Championships and won her second SEC Player of the Year honors.

LSU posted a regular season best 54-hole total of 32-under par in New Orleans with consistent rounds of 278-275-279 for its 49th team win in program history and the eighth in Coach Runion’s now fifth season at LSU.

Senior Stone equaled her best collegiate finish with a solo second place finish posting a 12-under 204 over the 54-hole event with rounds of 68-67-69. Stone remains solidly in the top 50 in the world rankings at No. 40.

Donegan, the sophomore transfer from Indiana, made her LSU debut a good one, posting a 10-under 206 (67-68-71) to finish in a tie for third in the opening event.

Grad student Alden Wallace finished in a tie for 17th at 2-under 212 after a final round of 68 at Bayou Oaks’ South Course.

“The ladies are ready to get back to competition,” said Runion as the team got in its practice round on Thursday. “This is a tournament we have been to before but it has been a few years. Alden is the only player that has seen the course before. She had her best college finish there in 2018, likes the course and has good memories there.”

“Ingrid will be starting her senior campaign,” Runion said. “She’s ready to compete with her teammates wearing purple and gold again. Latanna, Aine and Carla are also looking forward to getting back out there against a strong field. There are six other SEC teams in the field so it will be a good test early in the season to see where we stand.”

LSU will be paired with Chattanooga and Georgia Southern in the opening round in the final wave off hole 10 beginning at 9:45 a.m. CT. Live scoring for the first round can be found on Golfstat.com and updates during the round on Twitter @LSUWomensgolf.