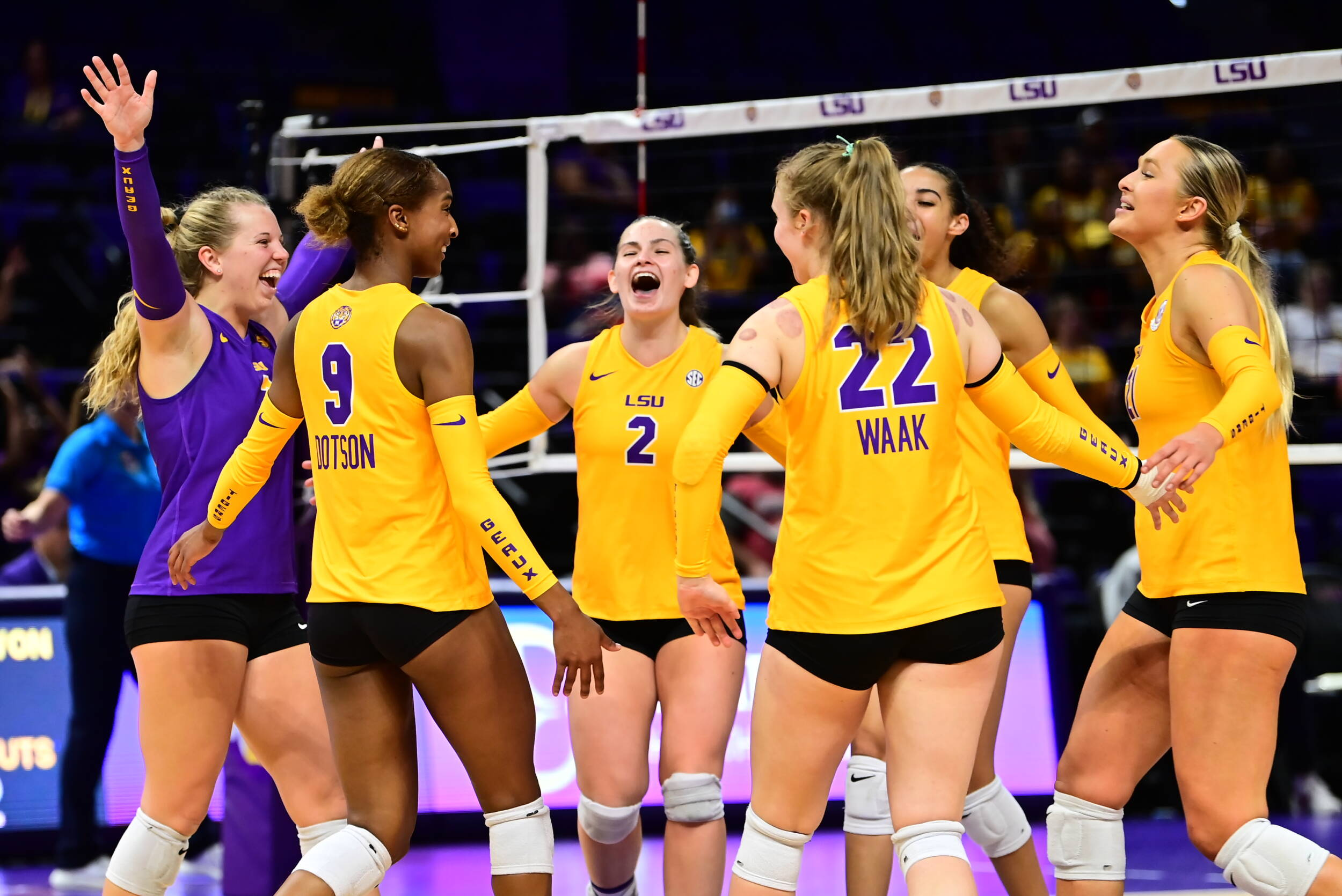 After falling in the opening set 25-21, LSU fired back with a 25-18 win in the second set and a 28-26 win in the third. Arkansas forced a fifth set after taking the fourth 25-21, but a tightly contested deciding set resulted in a 15-13 result for the home team, giving LSU its first win over a nationally ranked opponent this season.

“We showed true grit tonight,” said head coach Tonya Johnson. “We did not start out the match very well, but we fought and got ourselves back in it and most importantly, we stayed mentally tough throughout the match. Arkansas is a very good team, so I loved the way my team competed tonight against a team of this caliber.”

Although LSU hit .184 in the match, they held UA to a .158 hitting percentage, making them the third consecutive opponent to be held under .200 and the fourth in a five-match span. The Tigers matched a season-high 11 blocks and set a new season best with 84 digs. Both clubs logged four aces in the match.

Outside hitter Sanaa Dotson continues to have the hot hand as she turned in her third double-double this season behind 20 kills and 12 digs, while adding two aces and one block. It is the third time this season where Dotson has logged 20 or more kills in a match. Outside hitter Paige Flickinger also logged a double-double as she set new season-high marks with 15 kills and 17 digs. She also had one ace and one block. Middle blocker Anita Anwusi rounded out the double-digit kill leaders as she found the floor 11 times for a new season-high and had a match-high eight blocks, including one solo block.

Setter Josie Vondran registered her second double-double as an LSU Tiger and the third double-double of her career with 38 assists and a career-best 19 digs that led the team. Vondran also tallied three blocks and had one kill. Setter Maddie Waak also handed out 15 helpers and had seven digs in the win.

Libero Ella Larkin completes a group of four players with 10 or more digs as she finished the match with 17. Larkin, along with Dotson and Flickinger marked the first time LSU had three players log 15 or more digs since Raigen Cianciulli (21), Lindsay Flory (17) and Katie Kampen (16) did it against Texas A&M on September 30, 2018.

LSU hits the road for the third consecutive weekend for a two-match series at No. 15 Kentucky Sept. 24-25.