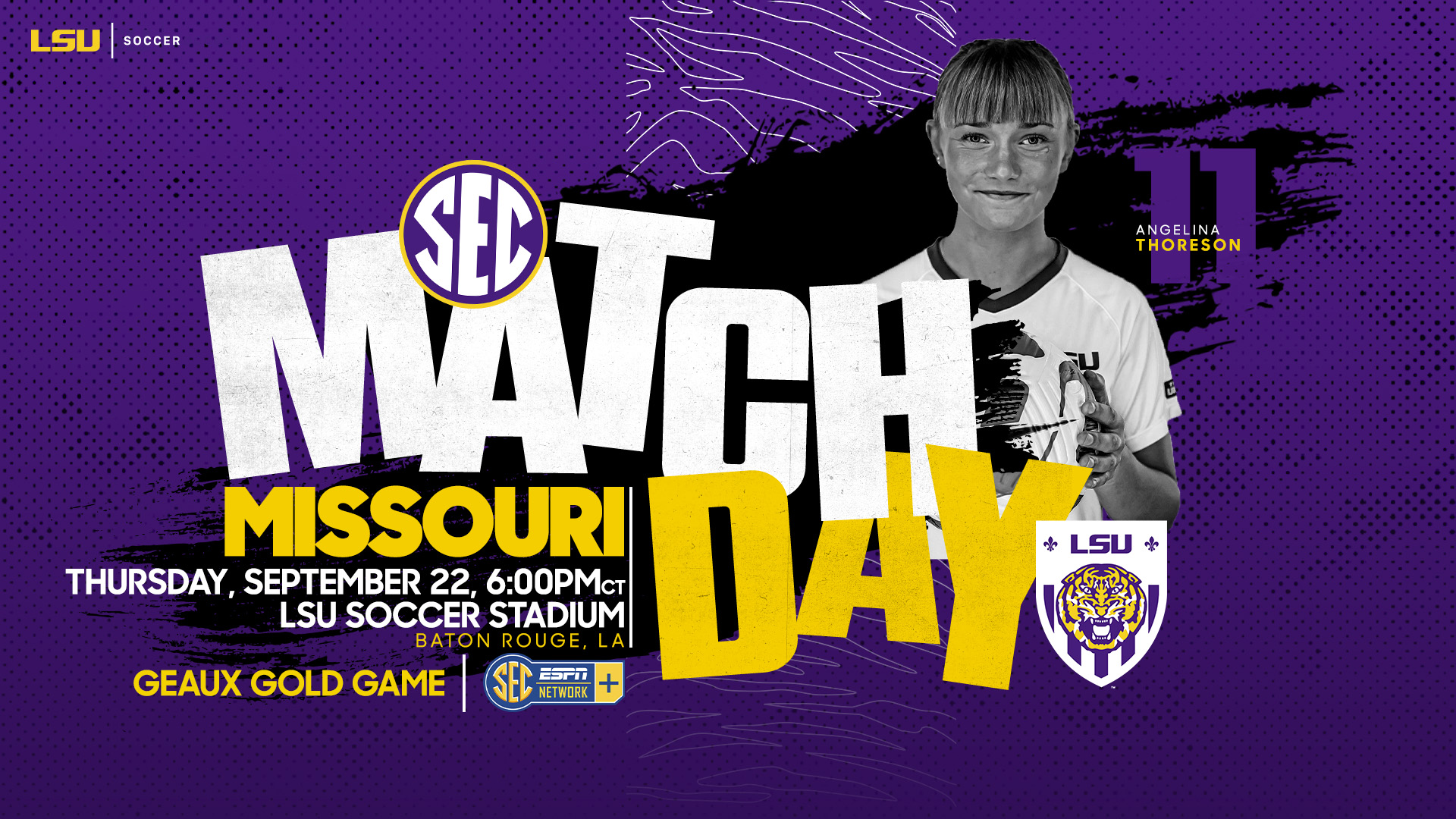 The match will be available on SEC Network Plus. Links to the livestream and live stats for the match can be found on lsusports.net.

Thursday night is Geaux Gold Night in awareness of pediatric cancer at the LSU Soccer Stadium. Wear gold in support.

The first 400 fans to attend the match will receive a free LSU Soccer Scarf. Fans will receive a voucher upon entrance and will be able to redeem their scarf at halftime.

As always, there will also be two-dollar hotdogs available.

The matchup between the Tigers will be the 10th time the two programs meet. LSU has a 6-2-1 record against Missouri. The last time LSU and Missouri met was in 2020 as the two teams battled to a 1-1 draw in Columbia.

The Tigers opened conference play on the road with a 2-1 win over Vanderbilt in Nashville. It was the Tigers first win over the Commodores since 2013 and the first win under head coach Sian Hudson.

LSU opened the game on the front foot and were rewarded with a goal just 13 minutes in. After a corner was sent in, the ball fell on the left side of the box to Cooke. Cooke took a touch and sent a cross to the back post that found Jennings, who headed home the ball into the back of the net. The goal gave the Tigers a 1-0 lead and LSU’s co-captain earned her first goal of the season. For fellow captain Cooke, the assist marked her first of the season and fourth of her collegiate career.

The rest of the first half saw both teams unable to take control of the game and create chances on goal. The Commodores equalized in the 39th minute when Cushall received a pass 20 yards from the goal and sent a strong shot on a half-turn that looped above Swift and landed in the back of the goal. The goal was the final significant event in the first half and the score was 1-1 at the halftime break.

LSU had a breakthrough in the 57th minute thanks to forward Ida Hermannsdottir, who found the go-ahead goal and gave the Tigers the advantage. Midfielder Jordan Johnson was fouled outside of the box and won a free kick that sat 25 yards out from goal. Hermannsdottir stepped up and unleashed a right-footed effort that went above the wall and sped past Devine and into the bottom-left corner. Hermannsdottir’s goal marked her fifth of the season and LSU’s first goal from a direct free kick this season.

The Tigers limited the Commodores chances the rest of the match. Vanderbilt was unable to register a shot on goal and LSU locked up the midfield and finished strong to secure a 2-1 win on the road to start conference play.

Freshman Ida Hermannsdottir now leads the team in goals scored with five. The forward recorded her fifth goal in the Tiger’s match on Sunday against the Commodores to put her in the lead. Fifth-year senior Alesia Garcia follows as one of the top leading scorers with four goals.

In the Tigers match against the Commodores, Hermannsdottir’s goal was crucial to secure the win and open SEC play with a win on the road. Her goal came off a free kick from 25 yards out after Midfielder Jordan Johnson was fouled outside of the box. Hermannsdottir launched a right-footed heater that went above the defenders wall, sped past Vanderbilt’s goalkeeper, and slotted into the bottom-left corner.

Angelina Thoreson leads the team in assists with four. The freshman continues to be a proven weapon on both sides of the ball and continues to create scoring opportunities for the Tigers.

Most recently, Thoreson tallied her fourth assist in the Tigers face off with No. 6 Rutgers and took a shot on goal, which fell loose off the goalie and found Garcia for the rebound finish.