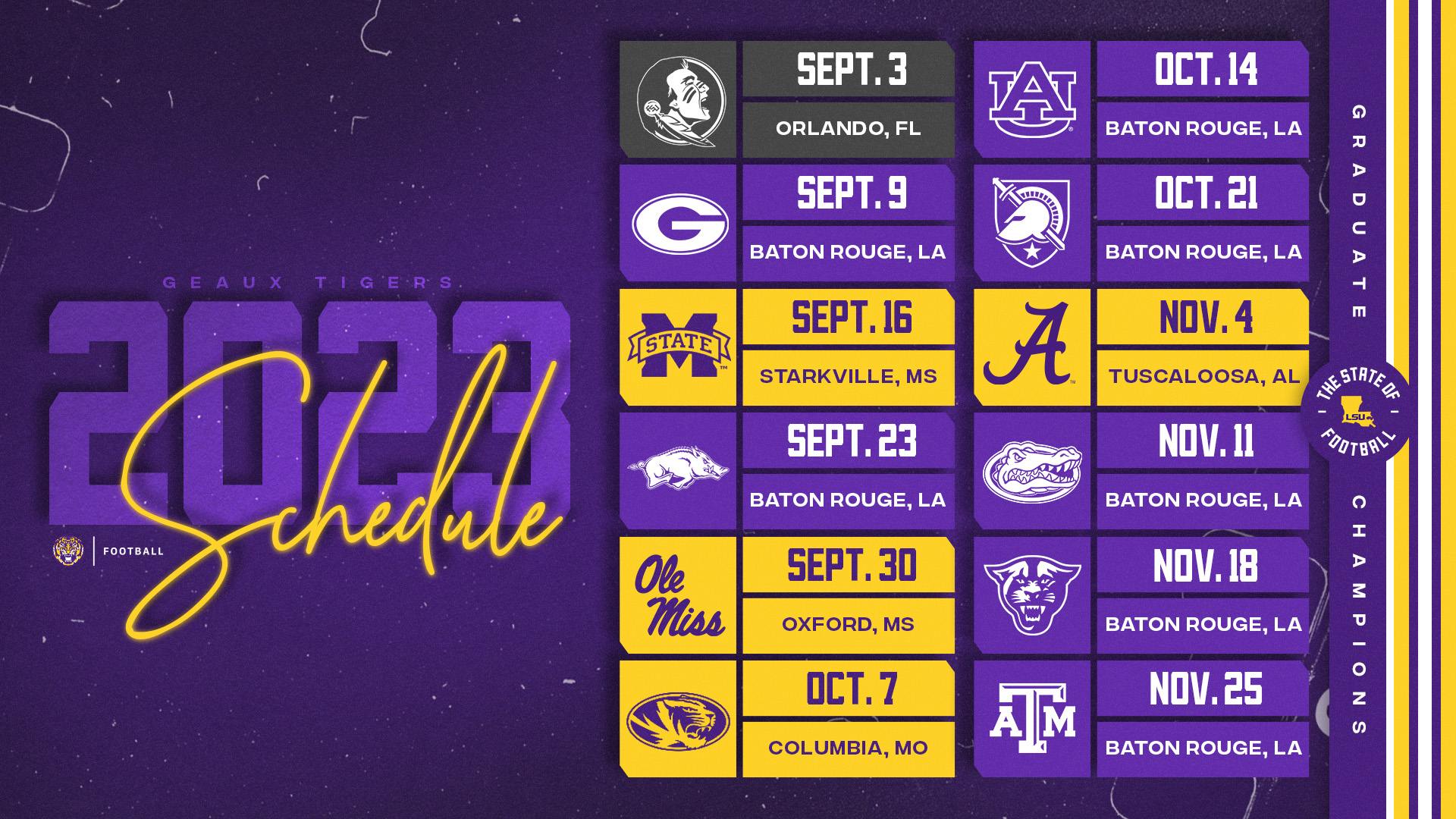 The SEC announced the 2023 football schedules for all 14 league teams on Tuesday night on the SEC Network.

League opponents coming to Tiger Stadium in 2023 include Arkansas on Sept. 23, Auburn on Oct. 14, Florida on Nov. 11 and Texas A&M on Nov. 25. The September meeting with the Razorbacks will mark the earliest the teams have met in the 67-game history of the series.

In addition to its four SEC home games, LSU will play Grambling for the first time in football when the Tigers come to Tiger Stadium on Sept. 9. LSU will also host Army and Georgia State in Tiger Stadium next year to round out the home slate.

On the road, the Tigers open conference play at Mississippi State on Sept. 16 with other league games coming at Ole Miss on Sept. 30, at Missouri on Oct. 7 and at Alabama on Nov. 4. LSU and Ole Miss have faced each other during the month of September only four times in the history of the rivalry that dates back to 1894.

LSU closes out the regular season with three-consecutive home contests, a first for the Tigers since 2001 when Middle Tennessee, Arkansas and Auburn all came to Tiger Stadium over the final three weeks of the season.